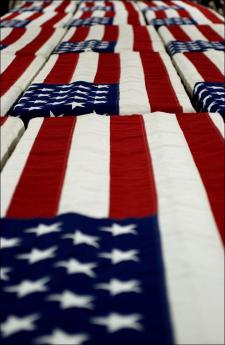 Get Out of Iraq Now!!!!
Arizonans to Rally and March in Protest Marking

A coalition of groups* opposed to the war in Iraq will be holding two days of peaceful protests on Friday and Saturday, March 17 and 18. The activities are being held in conjunction with hundreds of similar protests being held throughout the U.S. that weekend to mark the third anniversary of the U.S. invasion of Iraq on March 19.

After three years it has become obvious that the Iraq War has been a complete disaster for both America and Iraq, said Mitch Rubin, spokesman for the End The War Now Coalition. The only way to end that disaster is to bring American troops home now.

On Friday, March 17 from 3:00 p.m. to 10:00 p.m., opponents of the war will be holding protests/vigils outside the offices of Arizona's U.S. Congressmen and Senators. The purpose is to urge support for legislation to withdraw U.S. forces from Iraq.

The following day, Saturday, March 18, protesters will hold a rally, march, and picnic in downtown Phoenix. The day will begin with a rally outside the Federal Courthouse at 401 W. Washington St. from 10:00 a.m. to 12:00 noon. The activities there will include music and speakers opposed to the Iraq War. Confirmed speakers will include Juan Flaaten of the Arizona Ecumenical Council and Alfredo Gutierrez, former Arizona Legislator.

Then, at 12:00 noon, those gathered will begin a March for Peace through downtown Phoenix. The first stop along the route will be at the U.S. Attorney's Office at First Avenue and Adams Street where Eleanor Eisenburg, Director of the Arizona Civil Liberties Union and Kyrsten Sinema, Arizona Representative District 15, will address the crowd. From there the group will proceed to the Military Induction Center near First Street and Washington where Veterans for Peace will address the crowd.

Finally, at 2:00 p.m., the group will conclude their march at Cesar Chavez Park, on the south side of Washington St. at 2nd Ave., for a picnic until 3:00 p.m. Numerous speakers, including Rev. Jarred Maupin, will address the crowd there. Hundreds of Arizonans are expected to participate in the day's activities.