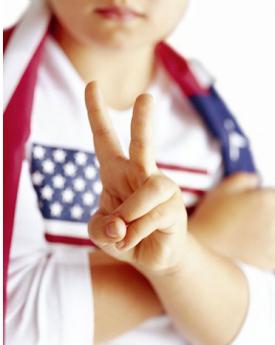 In Afghanistan, we are witnessing a tragic violation of basic human rights – rights given to all people simply for being alive. A man has made a choice – a personal choice – and he is being threatened with death because of his choice.

Our government officials have stepped in and offered their thoughts on how the Afghan government should proceed in their treatment of this man. Members of our administration have publicly stated that freedom of religion is a personal choice, one afforded all human beings; the man should be set free and allowed to practice his religion as he chooses. This is the same administration that allowed my husband to go to jail for making a choice – a personal, moral choice based on his ethical beliefs.

My husband, Sgt. Kevin Benderman, chose to no longer participate in war. He followed the Army regulations, filed a Conscientious Objector application, and acted honorably every step of the way. His unit commanders chose to punish him for not allowing them to control him with their threats, and my husband went to jail simply because his commanders had no integrity, no honor and no respect for the very constitution they had given a sworn oath to uphold.

Sadly – the military administration has sided with my husband’s commanders to this point. At any time, any member of the military heirarchy could have stepped in and ordered the command to abide by the regulations. Instead, the military powers that be chose to turn a deaf ear to the truth and the facts, and allow the continued mistreatment of one of their own – a veteran who has served with distinction for ten years.

The company commander stated for the record that “Sgt. Benderman is just one soldier out of 191 that I command. I did not have time to worry about him.” He went on to admit that he “was not aware of the proper procedures for handling Sgt. Benderman’s request, but if he had been he would have taken steps to correct his actions.”

On five separate occasions, the Command Sgt. Major of the battalion gave sworn testimony regarding a meeting he requested with my husband to discuss his Conscientious Objector application. These sworn testimonies contradicted each other with regard to several of the facts that, had the truth been told, would have exonerated my husband before there ever was a court martial. On the witness stand, this Sgt. Major was questioned about the fact that his sworn statements contradicted each other, and was asked if they were indeed his statements. He confirmed that he had made each one, and went on to state that none of those had been the truth; that he was telling the truth in the courtroom that day. The first statement given was most accurate, having been made right after the meeting with my husband. Subsequent statements appeared to change as the prosecutors needed to bend the rules to make their allegations fit. The “truth” on the stand was remembered 7 months later, noticeably altered from the original testimony, also given under oath.

Also included in the Record of Trial for my husband’s court martial was a statement made by the Convening Authority overseeing the court martial – the Acting Commander of Ft. Stewart, Georgia. During the first week of February 2006, this commander had a meeting with the Staff Judge Advocate at Ft. Stewart. He stated that he would not accept a plea bargain, and he wanted to make sure that my husband went to jail for “no less that 18 months.” This is the man who would ultimately determine whether all procedures and regulations had been properly followed during the court martial process, and approve the final outcome of the trial. The question here – why had he already determined my husband’s guilt – and for what crime was he expecting to sentence my husband? There was not even an investigation into the charges that they would consider bringing against my husband until a week after the commander held this meeting.

My husband was eligible for parole on January 27, 2006. According to the Dept. of the Army Regulations 190-47, the rules governing the operations of military corrections facilities, the command of the correctional facility where he is incarcerated should have held a hearing regarding my husband’s request for parole in December 2005; no later than 30 days prior to his eligibility date. The command did not set the date for his hearing until mid-January, and it was finally held on February 15, 2006. Three weeks later they got around to sending their recommendations to the Parole Board in Virginia.

Apparently, it does not matter where the commanders of the US Army are stationed, or what their assignment – few of them seem bound by the oaths they take.

For ten years, Sgt. Kevin Benderman served the Army of this United States with honor and integrity. He received nothing but commendations and outstanding evaluations, and not one derrogatory counseling statement. Kevin went to Iraq and performed his duties with the same integrity and honor that he gave to all aspects of his service. After firsthand experience, knowing that he could no longer participate in war, recognizing it as “the greatest form of man’s inhumanity to man” he prepared to leave the military when his enlistment expired. The US Army refused to let him go peacefully and issued him a stop/loss order.

Following regulations, and staying true to himself and his beliefs, Kevin submitted a Conscientious Objector application in spite of a Company chaplain who would rather “debate” Kevin than assist him in his legal request and a Company commander who believed that threats, intimidation and character attacks would convince my husband to bend to his will.

The actions of the command make a statement loud and clear. It is not the statement they would like us to believe however. While their public statements mentioned that the sentencing of my husband was meant to “show other members of the military that they could not use Conscientious Objection as a way to avoid service in Iraq,” their actions show nothing more than cowardice in the face of moral courage and personal integrity; two character traits sorely lacking in many of the commanders my husband has been forced to serve with for the past 3 years.

When called to hold themselves accountable to the oaths they took, these men failed miserably. At a time when leadership at all levels is sorely needed these men showed clearly why this country is in the mess we’re in.

The RULES are there for a reason, and an oath taken is one that is meant to be kept unless the party to whom the oath is given has broken their word. Perhaps that is the problem in a nutshell. The oath that is taken relies on the integrity of an individual to keep his word. For the commanders in the military to understand the meaning of keeping their word, they would require an example in those who lead them.

Every member of the military and our government has taken an oath to uphold and defend the Constitution of the United States. My husband went to jail because he refused to compromise on the oath he took, nor on his personal principles, and continues to defend the right to freely choose how he will live.

Integrity – the true measure of a man is in the word he keeps.

Monica is the wife of Sgt. Kevin Benderman, Conscientious Objector to war and the current status of this country, and currently serving a prison sentence at the RCF at Ft. Lewis, WA. To learn more - please visit www.BendermanDefense.org and www.BendermanTimeline.com

Kevin and Monica may be contacted at mdawnb@coastalnow.net