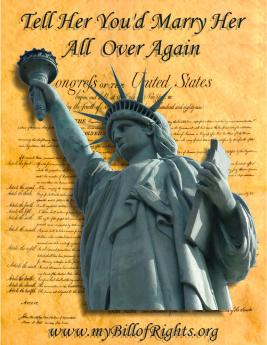 Immigration, Freedom and those Damn Libertarians

With even the slightest examination I have always found large problems, real or imagined, has government involvement as the most responsible factor.

It’s common knowledge to those interested in politics that libertarians support “open borders”, and if you asked a non-libertarian, “Why?”, the most common response is a blank stare. If you were to ask these same people why the United States of America should close/regulate the border and they’ll have a list ready that likely would include, Protection of Culture – Security/Crime – Job Competition – Expense.

As I sit down to write this it is my intention to focus on other aspects of the issue since they get little attention. But I will give a brief summary of my opinions on each of these points.

I support the protection of a culture of individual freedom – I expect to be allowed to provide for my own security – I expect any individual or other entity that uses force or fraud to take my property to be held accountable – I desire a free market that protects my right to enter into voluntary contracts with other individuals without seeking permission. I think this should cover most inquiries about my foundational reasoning but I am happy to share more in detail should I be asked.

What I find the most dangerous about the Immigration issue is how successful the campaign has been to allow all levels of government inside the United States to use every available resource to lay claim to anything of mine that they wish and then simultaneously blame the theft on a desert pedestrian traveling north in search of work. This propaganda campaign is a repeat of similar distractions throughout history and in the end you’ll find that everyone suffered but those willing to profit from the black markets the policies created.

I’ll take the time another day to detail how life experiences and an understanding of human nature has given me the confidence to make the claim that no government presence on the border is preferable to regulated travel and commerce. But for now I want to spark my debate with you with this article in hopes that you’ll challenge me in public so that we can share the discussion for all to benefit from.

I’m hoping that most people are at least feeling that they are once again being manipulated by forces that influence the media and our politicians. The idea that the very entity extracting my wealth from me without my consent is able to blame others for the theft is quite amazing to me. But I am not concerned by this obvious hypocrisy, I have other concerns.

The American public is already being programmed to think about human beings as not having constitutionally guaranteed rights if they are not a card carrying “American”. This was quickly followed by the threat of stripping Americans of their citizenships if the US Government thought it in their best interest to deny you any rights at all. Our United States Constitution doesn’t limit individual rights to American citizens, and it never should. The classification of human beings into groups has never produced anything but the most regrettable evil and we should all be far more concerned about what we are being herded into.

People leaving destroyed economies in search of a better life in the United States must understand the reasons why the countries they are leaving are so much poorer than the one they hope will provide a better life. Without understanding the fundamental problems of where they just left, they are easy recruits in support of the same corruption already well under way here in North America. Reason and logic has been replaced with fear and division and only an educated populace has a chance.

Libertarians are admonished for their faith in an informed people being able to govern their own affairs. The idea that people are generally good and seek peace and prosperity through voluntary negotiations with each other does not serve those that seek justification for the rule of a few over the many. Being economically and socially engineered at all is not my idea of freedom and I fear what a cornered government might do to maintain and even enhance their power and control. Can we expect all levels of government to lie, to war, to steal? If you have come to believe that we can expect these things then why would you thing an election would be immune from this corruption? Is there some moral constraint on those that control the election computers to ever allow for a result that would result in their replacement? If you think voting will set you free then you have not been paying attention. So what do we do?

While I can’t say violence is never an appropriate response to tyranny I do believe that much more often education is far more effective. But supporters of government control have the advantage of government education and licensed media to advocate for them. But I am encouraged by the fact that so much effort is required to maintain the machine. The Internet has provided a “truth button” to an entire generation all at once and the future has promise. But I know the bad guys will not give up willingly.

In the meantime I intend to do everything I can to help those seeking a new life and a higher standard of living understand what is different about the United States of America and what is threatening to copy the mistakes that caused them to migrate here in the first place.

The Latin community here in the United States is being scared into actions that otherwise would not be supported. All sides are being manipulated and I see a chain reaction that will only consolidate more power at the expense of the individual.

Do I have a plan? Yes, I’ll do the best I can to teach our Latin friends that they have to support freedom in order to benefit from its bounty.

Please pay attention, because it won’t happen all at once, but it will happen overnight.

Libertarian candidate for Secretary of State

(For those that are interested in the Libertarian Platform on Immigration)
(WARNING: This article was written April 9th of 2006. In July of the same year the Libertarian Party of the United States gutted their platform and replaced it with nothing. So their current position on the issue is unknown - Such is the way with all COLLECTIVES)

The Issue: We welcome all refugees to our country and condemn the efforts of U.S. officials to create a new "Berlin Wall" which would keep them captive. We condemn the U.S. government's policy of barring those refugees from our country and preventing Americans from assisting their passage to help them escape tyranny or improve their economic prospects.

The Principle: We hold that human rights should not be denied or abridged on the basis of nationality. Undocumented non-citizens should not be denied the fundamental freedom to labor and to move about unmolested. Furthermore, immigration must not be restricted for reasons of race, religion, political creed, age or sexual preference. We oppose government welfare and resettlement payments to non-citizens just as we oppose government welfare payments to all other persons.

Solutions: We condemn massive roundups of Hispanic Americans and others by the federal government in its hunt for individuals not possessing required government documents. We strongly oppose all measures that punish employers who hire undocumented workers. Such measures repress free enterprise, harass workers, and systematically discourage employers from hiring Hispanics.

Transitional Action: We call for the elimination of all restrictions on immigration, the abolition of the Immigration and Naturalization Service and the Border Patrol, and a declaration of full amnesty for all people who have entered the country illegally.

'Do NOT come to the US': Biden's DHS Secretary warns Cubans and Haitians...