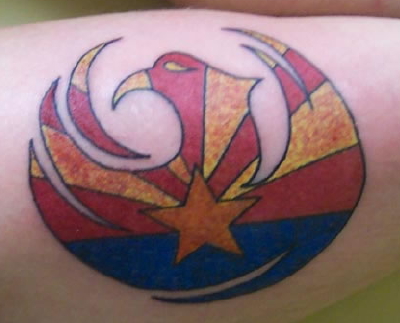 "In 2000 Johnson introduced a resolution calling for abolition of the federal government and allowing individual states to reassume their sovereign rights if the president, Congress or any other federal agent were to declare martial law and suspend the Constitution. These states then would be free to form a new nation."

Karen and I have overlapped on many issues for many years. It was this popular and well respected Republican Senator that saw the future and passed the law requiring Manual Validation of computer elections.

She is genuinely concerned about the future of American Sovereignty. I‘ve known Karen many years and she has spoken at several events I was associated with. She is sincere and effective on the issues she decides to forward with her name on it. The influence she carries at the state capitol is the support she has from others that believe in the causes she represents for us and her oath she took as a law maker.

I met with Karen today and she has agreed to be one of the main speakers at our Christmas Program/Party Dec. 16th, 2006 at George and Dragon on North Central from 6:30 – 9:00pm (at night,… not breakfast. It’s a party). She will talk to us about what a little ‘ole State Senator might do in such a situation. This activist likey very much 

A veteran Republican lawmaker is accusing President Bush of pushing a behind-the-scenes agenda that will result in the United States being merged with Mexico and Canada.

Sen. Karen Johnson, R-Mesa, said she believes the Security and Prosperity Partnership, being run out of the White House and the U.S. Department of Commerce, is little more than a secret plan to end U.S. sovereignty by 2010. And she said Congress is being kept in the dark until the point that it becomes a done deal.

Johnson, who will head the Senate Education Committee this coming session, said the signs already are there, from an “inland port” in Kansas City and construction of a superhighway corridor through Texas to the lack of any real action in building a wall between the U.S. and Mexico.

“We will have no sovereignty, we will have no Constitution left,” said Johnson, first elected to the Legislature in 1996. And that, she said, will make moot all of the other arguments that tend to divide the nation like abortion and gay rights.

“We’re not going to be able to argue those rights any more because we are going to be ruled by unelected tribunals, bureaucrats that are unelected,” she said.

Johnson said she shared her concerns with some Republican members of the state’s congressional delegation during a recent trip to Washington.

What they think, however, is unclear. Calls to the offices of Jeff Flake and Rick Renzi, both of whom Johnson said she sat with, were not returned. An aide to Rep. John Shadegg said he “listened to Sen. Johnson’s concerns and we are gathering further information on the matter.”

Johnson said she wants congressional hearings on the process. And she said if federal lawmakers determine that Bush is undermining national sovereignty that would be an impeachable offense.

“This cooperative effort aims to make the U.S., Canada and Mexico more open to fair trade and less open to terrorism and crime,” he said.

The partnership does include the leaders of the three countries. But Conant said there is nothing in the process or any agreements which would undermine or overturn U.S. laws.

“In no way does it change our courts or legislative processes,” he said. “And it respects the sovereignty of the U.S., Mexico and Canada.”

Johnson is not alone in her claims.

Phyllis Schlafly, president and founder of the conservative Eagle Forum, has written columns for her organization questioning the Bush administration’s lack of interest in stopping illegal immigration. She suggested the administration “is pursuing a globalist agenda by means of a series of press releases (without authority from Congress or the American people.)”

In 2000 Johnson introduced a resolution calling for abolition of the federal government and allowing individual states to reassume their sovereign rights if the president, Congress or any other federal agent were to declare martial law and suspend the Constitution. These states then would be free to form a new nation.

I want to congratulate Ernie Hancock and Sen. Karen Johnson for putting aside partisan politics and merging their interests on this issue on behalf of our State and our country. I wholeheartedly support Sen. Johnson's notions in her opposition to such governmental overlays as the NAU.

This next Spring, my national party, The Constitution Party, will be launching voter drive to make our State party ballot eligible in 2008. The leadership of our State party believe strongly in our principals and are very loyal to out party. However, in the spirit of Johnson and Hancock, our party loyalty does not extend beyond our sense of patriotism and duty to preserve our Republic. I am calling on more like-minded Americans to stand with Hancock and Johnson in their noble efforts to preserve what we have left of our Constitution and our way of life while we still can.

Over the past several months, I have been contacted by several Arizona politicians who have expressed an interest in our emerging political party. I am certain that the Libertarians have also experienced the same level of interest. The one thing that keeps our politicians from leaving the two party system, which is obviously broken, is that they are afraid to lose the support (mostly financial) from their party. The marriage between party affiliation and our political leadership is destroying our country becaue both parties are controlled by the same monied interests. My question to all politicians is: What good will your party do you when American is no longer America? It is time for American polticians of every stripe to say enough is enough and represent their constitutents; not the self-serving leaders of their respective parties. Hancock and Johnson get it. What about the rest of you?