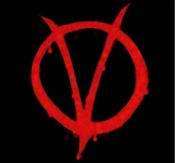 Congress Wants to Blame the Grassroots for Its Own Corruption

Manassas, VA. The following is a statement by Richard A. Viguerie, Chairman of GrassrootsFreedom.com, regarding legislation currently being considered by Congress to regulate grassroots communications:

“In what sounds like a comedy sketch from Jon Stewart’s Daily Show, but isn’t, the U. S. Senate would impose criminal penalties, even jail time, on grassroots causes and citizens who criticize Congress.

“Section 220 of S. 1, the lobbying reform bill currently before the Senate, would require grassroots causes, even bloggers, who communicate to 500 or more members of the public on policy matters, to register and report quarterly to Congress the same as the big K Street lobbyists. Section 220 would amend existing lobbying reporting law by creating the most expansive intrusion on First Amendment rights ever. For the first time in history, critics of Congress will need to register and report with Congress itself.

“That amendment was introduced by Senator David Vitter (R-LA). Senator Vitter, however, is now a co-sponsor of Amendment 20 by Senator Robert Bennett (R-UT) to remove Section 220 from the bill. Unless Amendment 20 succeeds, the Senate will have criminalized the exercise of First Amendment rights. We’d be living under totalitarianism, not democracy.

“The bill would require reporting of ‘paid efforts to stimulate grassroots lobbying,’ but defines ‘paid’ merely as communications to 500 or more members of the public, with no other qualifiers.

“On January 9, the Senate passed Amendment 7 to S. 1, to create criminal penalties, including up to one year in jail, if someone ‘knowingly and willingly fails to file or report.’

“I started GrassrootsFreedom.com to fight efforts to silence the grassroots. The website provides updates in the legislation and has a petition to sign opposing Section 220.

“Thousands of nonprofit leaders, bloggers, and other citizens have hammered the Senate with calls in opposition to Section 220, which seeks to silence the grassroots. The criminal provisions will scare citizens into silence.

“The legislation regulates small, legitimate nonprofits, bloggers, and individuals, but creates loopholes for corporations, unions, and large membership organizations that would be able to spend literally hundreds of millions of dollars, yet not report.

“Congress is trying to blame the grassroots, which are American citizens engaging in their First Amendment rights, for Washington’s internal corruption problems.”