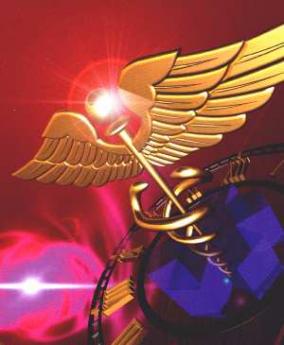 Massachusetts and California have adopted socialized medical care/insurance. Pennsylvania is considering it. About half of Americans are already on it through federal programs. The tide can’t be stopped.

We’ve seen similar tides. Light rail, convention centers and subsidized sports stadiums are examples. Once enough cities and states fell for the economic planning hokum and built these huge monuments to economic stupidity, the ones that didn’t build them were considered backwards, which compelled the holdouts to change their minds and build their own monuments in order to keep up with the Joneses.

Another example is public education spending. Although increased spending has little relationship to improved academics, states with below average per-pupil spending came under pressure from the statistically impaired to increase their spending to the average. Of course, unless all states spend exactly the same amount, there will always be states with below average spending, even if spending were increased 100-fold across the nation.

It is as if almost everyone in the neighborhood starts burning money in barrels in their backyards. The remaining smart people will be under considerable pressure to be just as stupid and follow suit.

I have fought the socialized medicine tide for over a decade at my own expense, but it was a futile battle. The Republican Party, which was the only hope of restoring a consumer market in medical care after the government destroyed the market 65 years ago, has had its head up its elephant behind for decades on this issue. Thus, it was inevitable that the Social Democrats would step into the political opening and address the understandable insecurities felt by the public over today’s dysfunctional system.

Of course, socialism will not fix the root cause of skyrocketing medical costs. It will simply hide the costs, and, in economic terms, make Americans even more insensitive to medical expenses, thus driving up demand for care. Rationing by politicians and government bureaucrats will be the inevitable result.

Unless outlawed, well-off Americans (and politicians) will find a way around the system, including going offshore for treatment. Everyone else will be left standing in long lines, being treated like customers at the motor vehicle department, and having politicians and bureaucrats standing in the examining room to eavesdrop on them. Imagine Ted Kennedy, Hillary Clinton and George W. Bush looking up your hospital gown.

Another inevitable result will be a damaged economy, although the media, the government, K-12 schools and universities will never connect the dots for the public and explain why per-capita income fell and why capital fled to where it can get a higher return. The politicians responsible for unintended consequences will have moved on to higher office, where they will advocate increased government intervention in the economy to fix the damage they caused to the economy, all the while blaming capitalism for the damage to the economy.

I have been preparing for this for some time — first, by cutting my income dramatically in order to be in a lower tax bracket; second, by taking other measures to protect my family’s financial security. Instead of working to help society as I have done all of my life, I am now working to take all I can and to pay as little as I can, just like everyone else. It is the new American way. I am proof that government spending and tax policies indeed change behavior in ways that harm society by encouraging productive people to be less productive.

When the last stupid person turns off the lights, I will have left the room long before.

An author and columnist, Mr. Cantoni can be reached at ccan2@aol.com.

1 Comments in Response to Socialized medicine and the last stupid person - By Craig J. Cantoni

Because of my experience in the health care system I have been encouraged to write about it on occasion. I must confess, discussing it bores me, and has never been my cup of tea. I can attest, Craig nails it on the head here.

Years ago, when Hillary was promoting the Clinton health care program, modeled on a fascist utopian model of Canada, while Canadians were flocking across the border for treatment, lest they die before their place in line arrived at the free health care.

I am glad I live in Arizona. I am glad there a numerous excellent private health care clinics sprouting up across the US-Mexico border. With ever increasing implementations of health care "benifits" mandated b our governemnt, free enterprise has answered in Mexico.

If you do not have health insurance, do yourself a favor and check out the prices. You actually get a doctor who talks to you and follows up.

FIRST READING: Buckle up for the mass health-care firings

Why Are Vaccinated People Getting Cancer After The Jab?