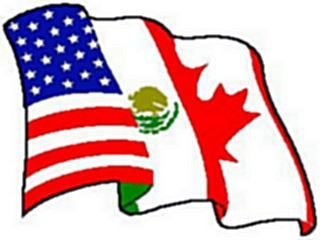 If The Government Will Not Act, We The People Have A Duty, And The Legal Power To End It

In yesterday's article on Illegal Immigration we showed that Mexico is invading the United States: This is a war without a declaration of war.

We also showed that the People have the Duty, the Right and the constitutional Power to peaceably procure relief by forcing the Government of the United States to faithfully execute the immigration laws and to otherwise honor and defend the Constitution: This is the power of the First Amendment Right to Petition for Redress of Grievances.

Today, we cover the "rest of the story," that explains why the President of the United States has attached himself to the political leaders of Mexico by personal union and conformity of principles and opinions.

The rumors of a North American Union are true.

The evidence is mounting. The President and the Congress, who have obviously allowed the invasion from Mexico to go unchecked for years, would now compound that constitutional tort by "legalizing" the invasion.

How? By creating a North American Union (NAU) eliminating the borders of the United States with Mexico and Canada, and replacing their existing currencies with a new common currency – the "Amero."

Learn how the People, by themselves, can stop the invasion by invoking their Rights under the Constitution: No Borders?, NO Taxes.

Click Here to access this article from the We The People Foundation and to read the Petition For Redress of Grievances regarding the President's failure to enforce the immigration laws of the nation.

The immigration and NAU issues are not merely political questions -- they are gross violations of the Constitution that the People can stop by lawfully forcing the Government to obey the Constitution.