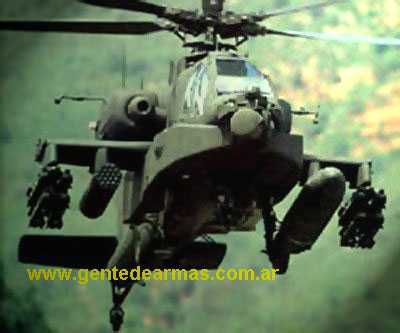 Documents captured from Iraqi insurgents indicate that some of the recent fatal attacks against American helicopters are a result of a carefully planned strategy to focus on downing coalition aircraft, one that American officials say has been carried out by mounting coordinated assaults with machine guns, rockets and surface-to-air missiles.

The documents, said to have been drafted by al-Qaeda in Mesopotamia, show that the militants were preparing to “concentrate on the air force.” The contents of the documents are described in an American intelligence report that was reviewed by the New York Times.

Seized near Baghdad, the documents reflect the insurgents’ military preparations from late last year, including plans for attacking aircraft using a variety of weapons.

Officials say they are a fresh indication that the United States is facing an array of “adaptive” adversaries in Iraq, enemies who are likely to step up their attacks as American forces expand their efforts to secure Baghdad, the Iraqi capital.
(story continues below)

“Attacks on coalition aircraft probably will increase if helicopter missions expand during the latest phase of the Baghdad Security Plan or if insurgents seek to emulate their recent successes,” notes the intelligence report, which analyzes the recent helicopter crashes.

The American military has said that seven helicopters have been downed since Jan. 20, a figure that exceeds the total number of coalition aircraft shot down in 2006.

After downing the helicopters, the insurgents often laid ambushes for the American ground troops they expected to come to the rescue, sometimes using roadside bombs that they placed in advance. American troops were attacked in five instances in which they rushed to the scene of aircraft that had been shot down, military officials said.

The intelligence report supports the concerns expressed by an American general this month that militants were adapting their tactics in an effort to step up attacks against helicopters. Such strikes have increased since the United States expanded its military operations in Baghdad in August. From December to January, the number of antiaircraft attacks rose by 17 percent, according to an American military report.

Insurgents in Iraq have boasted about the helicopter downings and posted video of some of the wreckage on militant Web sites. While al-Qaeda in Mesopotamia has claimed it has “new ways” to shoot down the aircraft, some American analysts believe they are probably not employing new types of weapons but rather are making more effective use of arms already in their inventory.

The insurgents try to plan their attacks by studying flight patterns near American bases and along supply routes, according to the intelligence report.

Al-Qaeda in Mesopotamia, which the intelligence report says leads the insurgent group known as the Islamic State of Iraq, has claimed responsibility for shooting down three of the helicopters. Those helicopters were downed near Taji, Karma and in Diyala Province.

While the captured documents point to careful planning, it is not entirely clear whether this is an effort by some of the militant commanders in those areas or a nationwide strategy by the group.

Maj. Gen. James E. Simmons, a deputy commander of the American-led multinational force in Iraq and an Army aviator, told reporters this week that multiple weapons systems had been used against American troops before, in attacks south of Baghdad last year.

“This is not a new tactic,” he said. “But it is the first time that we have seen it employed in several months.”

“We are engaged with a thinking enemy,” he added. “This enemy understands based on the reporting and everything else that we are in the process of executing the prime minister’s new plan for the security of Baghdad. And they understand the strategic implications of shooting down an aircraft.”

He said that American commanders in Iraq have met to consider how to counter the shift in insurgent tactics, but he refused to discuss specifics.

General Simmons said the American military had not concluded whether a single militant cell was behind the attacks. Some of the attacks have been described by American intelligence as “opportunistic,” meaning insurgents are simply firing at helicopters when they seen them.

General Simmons had a firsthand look at opportunistic tactics on Jan. 25, when he was in one of a group of helicopters that was fired on near Hit in Anbar Province. In that attack, a Black Hawk helicopter in the group was stuck by automatic weapons fire after the helicopters flew near some militants who appeared to be removing or bringing arms to a weapons cache.

The damaged Black Hawk helicopter was forced to land. The helicopter General Simmons was in landed and picked up the crew, and the Marines sent a quick-reaction force to protect the aircraft, which was later brought to the American base at Asad.

“I’ve got firsthand knowledge on that one,” said General Simmons. “We stumbled upon them, and they engaged us with what they had, and they got lucky.”

Military officials say another opportunistic downing was the attack on an Apache helicopter near Najaf on Jan. 28 that killed both of the crew members. It occurred when the aircraft was sent to reinforce American and Iraqi troops. The officials also noted that the attack was the only recent instance in which a Shiite group - in this case, the Soldiers of Heaven - was responsible for shooting down a helicopter.

The Feb. 7 attack on a Marine CH-46 Sea Knight transport helicopter near Karma, an insurgent stronghold near Falluja, was initially attributed by military officials to mechanical problems. But this week they acknowledged it had been downed by hostile fire, most likely a shoulder-fired missile and heavy-caliber machine-gun fire.

In the video posted on the Internet by the Islamic State of Iraq, the Sea Knight is seen flying toward the camera. Then it banks to the right and turns a half-circle. An object darts into the screen from the right, trailed by a curl of black smoke. Moments after the object enters the frame, an explosion rips through the helicopter, which falls to the ground in flames.

Gen. James Conway, the Marine Corps commandant, confirmed Friday that the video seemed genuine. General Conway also told the Senate Armed Services Committee that the CH-46’s defensive systems intended to shield the aircraft from missiles “did not properly deploy” when it came under attack from the ground.

The CH-46 did not release flares, which fire automatically and are intended to fool a heat-seeking missile into flying away from the aircraft. Nor did the helicopter take defensive maneuvers, which military officials said suggested that the pilots did not see the missile before they were hit.

Col. Dave Lapan, a Marine spokesman, said investigators were looking into whether the flare system malfunctioned or whether there had been other reasons the system failed, including “environmental factors,” and whether the missile had characteristics that prevented it from being detected.

The recent spate of helicopter attacks began Jan. 20 with the shooting of a Black Hawk in Diyala Province that killed 12 soldiers on board. Three days later, a helicopter operated by the Blackwater security company crashed, leading to the deaths of five civilian contractors, including one thought to have been killed by militants surviving the crash. On Jan. 25, the Black Hawk helicopter in General Simmons’s group was forced to land near Hit, but there were no casualties.

Two American crew members were killed in the Apache helicopter downing near Najaf on Jan. 28. On Jan. 31, a helicopter carrying civilian contractors was hit by small-arms fire near Baghdad and forced to land, but there were no casualties. On Feb. 2, two Americans were killed when their Apache was shot down in a coordinated attack. Seven marines died in the Sea Knight downing near Karma on Feb. 7.

Meanwhile, a helicopter from the American-led coalition in Afghanistan crashed Sunday morning after reporting an engine failure, said the coalition.

No details on the number of occupants, their condition or the type of helicopter involved were released, reported Reuters. The military force said in a statement that a search and rescue operation had begun.

The helicopter went down in the Shah Joy district of Zabul Province, in southeastern Afghanistan, residents there said.

Taliban insurgents are active in the province and often clash with Afghan and coalition security forces.
Intellpuke: You can read this article by New York Times correspondents Michael R. Gordon and David S. Cloud, reporting from Washington, D.C., in context here: www.nytimes.com/2007/02/18/world/middleeast/18helicopter.html?_r=1&oref=slogin