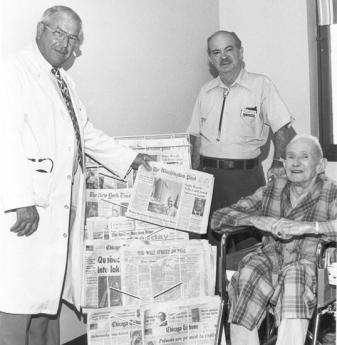 By DAVID D. KIRKPATRICKWASHINGTON, Feb. 24 — A group of influential Christian conservatives and their allies emerged from a private meeting at a Florida resort this month dissatisfied with the Republican presidential field and uncertain where to turn.

The event was a meeting of the Council for National Policy, a secretive club whose few hundred members include Dr. James C. Dobson of Focus on the Family, the Rev. Jerry Falwell of Liberty University and Grover Norquist of Americans for Tax Reform. Although little known outside the conservative movement, the council has become a pivotal stop for Republican presidential primary hopefuls, including George W. Bush on the eve of his 1999 primary campaign.

But in a stark shift from the group’s influence under President Bush, the group risks relegation to the margins. Many of the conservatives who attended the event, held at the beginning of the month at the Ritz-Carlton on Amelia Island, Fla., said they were dismayed at the absence of a champion to carry their banner in the next election.

Many conservatives have already declared their hostility to Senator John McCain of Arizona, despite his efforts to make amends for having once denounced Christian conservative leaders as “agents of intolerance,” and to former Mayor Rudolph W. Giuliani of New York, because of his liberal views on abortion and gay rights and his three marriages.

Many were also suspicious of former Gov. Mitt Romney of Massachusetts; members have used the council as a conduit to distribute a dossier prepared by a Massachusetts conservative group about liberal elements of his record on abortion, stem cell research and gay rights. (Mr. Romney has worked to convince conservatives that his views have changed.)

And some members of the council have raised doubts about lesser known candidates — Gov. Mike Huckabee of Arkansas and Representative Duncan Hunter of California, who were invited to Amelia Island to address an elite audience of about 60 of its members, and Senator Sam Brownback of Kansas, who spoke to the full council at its previous meeting, in October in Grand Rapids, Mich.

Although each of the three had supporters, many conservatives expressed concerns about whether any of the candidates could unify their movement or raise enough money to overtake the front-runners, several participants in the meetings said.

Finally, in a measure of their dissatisfaction, a delegation of prominent conservatives at Amelia Island tried to enlist as a candidate Gov. Mark Sanford of South Carolina, a guest speaker at the event. A charismatic politician with a clear conservative record, Mr. Sanford is almost unknown outside his home state and has done nothing to prepare for a presidential run. He firmly declined the group’s entreaties, people involved in the recruiting effort said. A spokesman for Mr. Sanford said he would not comment.

“There is great anxiety,” said Paul Weyrich, chairman of the Free Congress Foundation. “There is no outstanding conservative, and they are all looking for that.”

Mr. Weyrich, a longtime member of the council, declined to discuss the group or its meetings. The council’s bylaws forbid members from publicly disclosing its membership or activities, and participants agreed to discuss the Amelia Island meeting only on the condition of anonymity.

For eight years and four elections, President Bush forged a singular alliance with Christian conservatives — including dispatching administration officials and even cabinet members to address council meetings — that put them at the center of the Republican Party.

But in the aftermath of the stinging defeats in the midterm elections, and with discontent over the Iraq war weighing heavily on the public, some Christian conservatives worry that they may find themselves on the sidelines of the presidential race.

Both Mr. McCain and Mr. Romney have worked hard to pitch themselves to Christian conservatives — Mr. McCain by delivering speeches at venues like Mr. Falwell’s Liberty University or a recent abstinence-promotion event, Mr. Romney by leading the charge for a constitutional amendment banning same-sex marriage. But neither has won over many of the movement’s leaders.

The conservative concern may also be an ominous sign for the Republican Party about the morale of a core element of its political base. Conservatives warn that the 2008 election could shape up like 1996, when conservatives faced a lesser-of-two evils choice between a Republican they distrusted, former Senator Bob Dole, and a Democrat they disdained, President Bill Clinton. Dr. Dobson of Focus on the Family later said in a speech to the council that he voted for a conservative third-party candidate that year rather than pull a lever for Mr. Dole.

The Council for National Policy was founded 25 years ago by the Rev. Tim LaHaye as a forum for conservative Christians to strategize about turning the country to the right. Its secrecy was intended to insulate the group from what its members considered the liberal bias of the news media. In recent years the group has brought together a cross-section of the right from Edwin J. Feulner to Wayne LaPierre of the National Rifle Association.

In addition to doubts about their ability to generate enough money and momentum, each candidate who addressed the group also faces initial skepticism from one faction or another on issues like immigration, trade, taxes and foreign affairs.

“Right now there is still a vacuum among conservative Republicans,” said Gary Bauer, a Christian conservative who was a Republican primary candidate in 2000. Conservatives, he said, “want a more provable conservative who also is demonstrating that they can put together the resources necessary to prevail.” He declined to comment on the Amelia Island meeting.

A spokesman for Mr. Brownback said he would not comment on the senator’s presentation to the council, citing its rules about strict confidentiality. Several others who attended his speech said he received heavy applause for his emphasis on restricting abortion and amending the Constitution to ban same-sex marriage. But foes of illegal immigration objected to his support for a temporary guest worker program, and some faulted him for touching only briefly on the threat of Islamic terrorists, an increasingly central focus of the council and many social conservative groups since the Sept. 11 attacks.

(People who attended the Amelia Island event said Rick Santorum, the former senator from Pennsylvania, delivered a well-received address to the council about what he called the gathering threat of radical Islam.)

In an interview, Mr. Hunter, the ranking Republican on the House Armed Services Committee and a supporter of Mr. Bush’s plan to send more troops to Iraq, said the need for a strong national defense was the centerpiece of his speech. That defense, he argued, should include cracking down on illegal immigration, building a wall along the Mexican border and renegotiating foreign trade deals to protect American manufacturing. “We are losing the arsenal of the democracy,” he said.

But several people at the council meeting said his stance on trade alienated the business wing of the Republican Party, compounding his substantial fund-raising challenges.

Mr. Huckabee, a Southern Baptist minister who was the head of the Arkansas Baptist convention before becoming governor, has the advantage of strong personal ties to many council members. Many prominent evangelical Christians consider him a friend, and he has appeared several times as a guest on Dr. Dobson’s popular Christian radio program.

In an interview, Mr. Huckabee said he believed his roots in the evangelical world helped set him apart from his rivals. “I am not going to them,” he said. “I am coming from them.” He said he did not remember speaking about his opposition to abortion or same-sex marriage, “although I am sure that I must have.” He said he emphasized education, among other issues, and talked about a continuing war “with a radical form of Islamic fascism,” which he called “a bastardization of religion.”

But many conservatives, including several participants in the Amelia Island meeting, said Mr. Huckabee faced resistance from the limited-government, antitax wing of their movement. Some antitax activists fault Mr. Huckabee for presiding over tax and spending increases. (He says the only tax increase resulted from a public referendum.)

In the interview, though, Mr. Huckabee said he was now leaning toward signing a pledge not to raise income taxes that is presented to all the candidates by Mr. Norquist of Americans for Tax Reform.

Mr. Norquist said he remained open to any of the three candidates who spoke to the council or to Mr. Romney. He argued that with the right promises, any of the four could redeem themselves in the eyes of the conservative movement despite their past records, just as some high school students take abstinence pledges even after having had sex.

“It’s called secondary virginity,” Mr. Norquist said. “It is a big movement in high school and also available for politicians.”