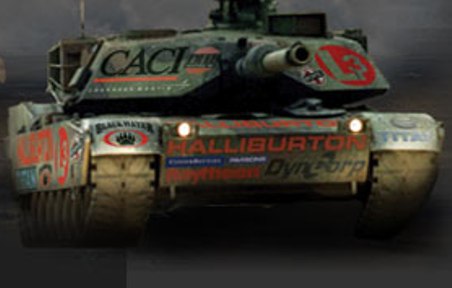 (Ilene is one of my sources for on air guests. During my years in radio Ilene has had several guests that she has been passionate about getting on the air, but this time she was very annimated about everyone knowing about this issue)
===
How the Bush Administration's financial interests are trumping truth about Privatizating and Outsourcing the Military . Currently, 97% of our ships are flying foreign flags - thereby not accountable to American Environmental, Safety, and International laws.
ILENE PROCTOR

The Academy represents Federal involvement in maritime training that is more than a century old. Since the administration of President Ulysses S. Grant, the U.S. Government has initiated various programs to train its citizens for service in the merchant marine. The United States Merchant Marine Academy, dedicated in 1943, represents the realization of these efforts.
Between 1874 and 1936, diverse Federal legislation supported maritime training through scholarships, internships at sea and other methods. A disastrous fire in 1934 aboard the passenger ship MORRO CASTLE, in which 134 lives were lost, convinced the U.S. Congress that direct Federal involvement in efficient and standardized training was needed.
Congress passed the landmark Merchant Marine Act in 1936, and two years later, the U.S. Merchant Marine Cadet Corps was established. The first training was given at temporary facilities until the Academy's permanent site in Kings Point, N. Y. was acquired in early 1942. Construction of the Academy began immediately, and 15 months later the task was virtually completed. The Academy was dedicated on September 30, 1943, by President Franklin D. Roosevelt, who noted that "the Academy serves the Merchant Marine as West Point serves the Army and Annapolis the Navy."
World War II required the Academy to forego normal operation and devote all of its resources toward meeting the emergency need for merchant marine officers. Enrollment rose to 2,700, and the planned course of instruction was reduced in length form four years to 24 months. Not-withstanding the war, shipboard training continued to be an integral part of the Academy curriculum, and midshipmen served at sea in combat zones the world over. One hundred and forty-two midshipmen gave their lives in service to their country, and many others survived torpedoes and aerial attacks. By war's end, the Academy had graduated 6,634 officers.
World War II proved that the Academy could successfully meet the needs of a nation in conflict. As the war drew to a close, plans were made to convert the Academy's wartime curriculum to a four-year, college level program to meet the peacetime requirements of the merchant marine. In August 1945, such a course was instituted.
The Academy has since grown in stature and has become one of the world's foremost institutions in the field of maritime education. Authorization for awarding the degree of bachelor of science to graduates was granted by Congress in 1949; the Academy was fully accredited as a degree-granting institution that same year; it was made a permanent institution by an Act of Congress in 1956.
The Academy's national value was again recognized as it accelerated graduating classes during the Korean and Vietnam conflicts, and for its involvement in such programs as training officers of the first U.S. nuclear powered merchant ship, the SAVANNAH.
Admission requirements were amended in 1974 and the Academy became the first federal service academy to enroll women students, two years ahead of Army, Navy, Air Force or Coast Guard.
During the Persian Gulf conflict in early 1991, and for many months prior to the war, both Academy graduates and midshipmen played key roles in the massive sealift of military supplies to the Middle East. Midshipmen training at sea also participated in the humanitarian sealift to Somalia in Operation Restore Hope.
While the Academy's curriculum has changed dramatically since 1943 to reflect the technological advances of America's merchant marine, the institution has maintained its unswerving commitment to quality education and excellence among its midshipmen.
For more information about the history of the Merchant Marine please visit the American Merchant Marine Museum located on campus.