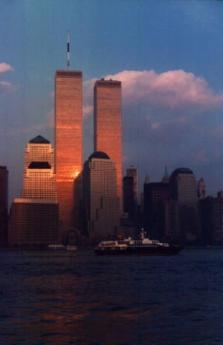 Is the sun finally rising on 9/11?
There was a time, not long ago, when daring to question the official account of 9/11 was risky business. One was almost guaranteed to be attacked as a "crazy person" or a "traitor" or a "terrorist sympathizer." Times have changed. At this point, less than 20% of the population believes they were given the full truth regarding 9/11. Logically one might ask: "Why is that?"
It wasn't for lack of trying that the government failed in its propaganda campaign. It wasn't for lack of "helping hands" in the mainstream media. (Though even that support has begun to fall apart.) No, it was one thing and one thing only that caused hundreds of millions of American citizens to openly question the official account of 9/11; the evidence.
In short, the evidence that we have been shamelessly lied to regarding the events of 9/11 is irrefutable. There is an enormous body of circumstantial evidence, there is an enormous body of physical evidence, and there is an enormous body of historical evidence. Perhaps most damning (at this point) is the ongoing cover up itself. -The deliberate attempt to obstruct an open discussion of the facts. Evidence of that grows by the hour, but not to worry...
If you want to see how the investigation into the attacks of 9/11 was obstructed at every turn; simply watch 9/11 Press for Truth.
If you want to learn the history of government sponsored "false flag" terrorism, simply watch Terrorstorm.
If you want to see the evidence of controlled demolition (all of which has been completely ignored by the mainstream media and government talking heads) check out September 11 Revisited, or this segment of 911 Mysteries, or this segment from Rise of the Police State.
If you want to know what an absolute fraud the "investigation" we finally got was, you can get started with just a handful of issues. Like:

1. One of the most damning pieces of physical evidence regarding the events of 9/11 (the collapse of WTC 7) wasn't even mentioned in the 9/11 Commission Report. How could any report claiming to provide "the fullest possible account" of the events of 9/11 ignore the unexpected free-fall collapse of a 47 story office tower? Is it because, to this day, nobody can explain how it fell? Is it because it wasn't struck by any planes or burned with any jet fuel (the magic formula that supposedly brought down the twin towers?) Is it because pools of molten metal remained in its basement for weeks and partially evaporated steel beams were found in its wreckage? (It is physically impossible for burning office materials and diesel fuel to liquefy structural steel; let alone evaporate it into a gas.) How did "The Commission" deal with these smoking gun issues that clearly contradict the official account? Simple; they ignored them.

2. How about those towers? You know, the two 110 story buildings constructed with an outer shell of perimeter columns and an ENORMOUS inner array of core columns that supported the buildings' vertical loads. Of those towers, the commission report claimed "exterior walls bore most of the weight of the building. The interior core of the buildings was a hollow steel shaft." This is an inexcusable inaccuracy that any "investigator" with an Internet connection and 5 minutes can easily prove wrong. And it should be noted; any claim or "theory" of how the towers collapsed based on this erroneous "hollow shaft" model is fatally flawed. Who in their right mind can take an "official report" like this seriously? If they got something this simple wrong, what else did they miss?

3. Lets not forget "The Commission" said there was "no credible evidence that any person in the United States gave the hijackers substantial financial assistance. Similarly, we have seen no evidence that any foreign government-or foreign government official-supplied any funding."
Hmm, interesting. How about the Pakistani ISI chief who wired $100,000 to the alleged "lead hijacker" Mohamed Atta? Indian intelligence has verified this. And there has been no evidence to refute it. Is that worth looking into? -And how about Sibel Edmonds? Why was she ignored and then gagged under the veil of "National Security."
Better yet, how about we just have her testify in open hearings about "money trails" and where they lead to in our government?

And if all this isn't enough, maybe the few remaining skeptics would like to hear from some Senior Military, Intelligence, Law Enforcement, and Government Officials who question the validity of the 9/11 Commission Report. No problem. Start here.
-So it's true. Times have changed and the people (for good reason) no longer believe the lies they've been fed about 9/11. We've woken up to the level of corruption in our government and the official lie (by all practical means of determination) is in critical condition and not expected to recover.
This can only mean one thing. An Independent investigation into the attacks of 9/11 WILL BE conducted. And this time, it isn't going to be handful of citizens asking questions and demanding answers; it's going to be 80% of the country. And this time, you won't so easily ignore and whitewash the sensitive issues, because an educated citizenry is not so easily fooled. And this time, those who have stonewalled, lied, manipulated, covered up and acted in a criminally negligent manner will be held accountable for their actions.
To those in power who've forgotten the reality of their position in government, YOU SERVE AT THE PLEASURE OF THE CITIZENS OF THE UNITED STATES OF AMERICA. Once again, you're on notice to stop ignoring our demands for a new investigation. This issue isn't going to go away, and your refusal to address it will cost you dearly.
And to those of you with something to hide; perhaps now would be a good time to "lawyer up" and "cut a deal." The game is over.
http://StopTheLie.com
Joe Plummer is a man who aims to destroy the Criminal Elite's system of exploitation. When not figuring out ways to do so, he enjoys relaxing in the mountains of New Hampshire with his wife and dogs.
Contact Author
View Other Articles by Author