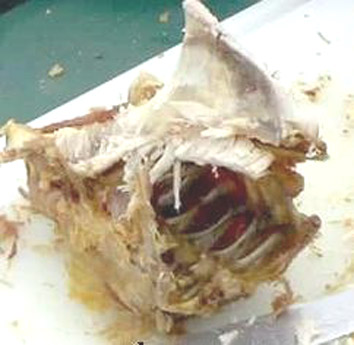 Picking over the carcass

As we move through this series, the picture for overpopulation clarifies for every American.   Clint Eastwood as Dirty Harry said in that great movie, “A man’s got to know his limitations.”

The same stands for a family, a community, state and country.  Everything has limits.  A glass of water can only hold as much as it can hold.  Only nine players can play on a baseball team on the field at one time.  Basketball limits a team to five players.  A movie theater holds a limited amount of seating.  A plane with a 200 passenger limit must carry exactly that number and not one extra.

David Pimentel, , January 4, 2007, said, “The U.S. population has doubled in the past six decades to over 300 million people.  Currently, the population growth rate is now more than twice that of . In 100 years, at our current growth rate, the population is projected to reach 1.2 billion -- or nearly the population of .  Is this what we want for future ?

“Like it or not, our natural resources, from land to wood to oil to water, are finite and cannot sustain an infinite population growth without seriously impacting our quality of life. The time has come for government planners and citizens alike to begin weighing the impacts of unabated population growth.”

Pimentel said, “More than 99 percent of all our food comes from the land and less than 1 percent from the oceans and other aquatic ecosystems. Each American consumes more than 2,200 lbs of food per year, and to produce this food requires more than 3.6 acres of agricultural land.  Most cropland is now in production and little is available for expanding food production.”

As noted earlier in this series, each added American destroys 12.6 acres of land to support him or her throughout life.

“Along with land, an ample supply of freshwater is essential for food and other human needs,” Pimentel said. “Water shortages already exist in many parts of the nation, especially in western and southern states – and such shortages will become more acute if population growth continues unabated. Each American uses about 530,000 gallons of water per year, with about 80 percent used just for food production. For example, an acre of corn requires 500,000 gallons of water during the growing season.”

Pimentel added, “More than 90 percent of oil reserves have already been pumped, and currently more than 63 percent of oil has to be imported from other nations at a cost of more than $120 billion/year.  Yearly, each American uses energy in the equivalent to 2,800 gallons of oil, with 500 gallons devoted just for food production.

The produces 4.5 billion gallons of ethanol per year. This uses 18 percent of the corn crop but the yield represents only 1 percent of petroleum use.  If 100 percent of corn were used, the estimated ethanol yield would provide only about 6 percent of petroleum needs.  As mentioned earlier in this series, ethanol as a viable alternative remains a fantasy.

“The continued expansion of the human population not only is depleting fossil fuels, it is reducing the numbers of native species of plants, animals, and microbes throughout the U.S., many of which are vital to agricultural production processes, such as pollination, and essential for a quality environment,” Pimentel said. “Converting land to development and highways not only takes away valuable cropland acreage.  For example, in 240,000 acres of farmland was lost during last year to development.”

Pimentel added, “Highway construction also destroys many thousands of acres of natural habitat for survival of native species.  Nearly 4 million miles of highways cover our land. The area being blacktopped each year is 1.3 million acres (an area equal to the State of ).  No species lives under the blacktop. Rapid, unabated population growth, including legal and illegal immigrants, also is stressing school systems.  Some schools have three times the number of students that they can handle with the available teachers and support staff.  Overall this lowers our effectiveness of the education system, which in turn reduces the economic viability and competitiveness of the in the global market.”

Though we feel immune from our accelerating population crisis, it manifests in every sector of our society.  “Similarly, the rapid increase in the population is crowding medical facilities in the ,” Pimentel said.  “In the past two decades the number of outpatients in hospitals has increased more than two fold, and continues to increase.  Some hospitals have been forced to close due to the pressure on their emergency and outpatient facilities.”

In , that number exceeds 86 hospitals and ER wards in the past five years suffered closing via bankruptcy.

“The rapid population increase in the is challenging our food production system, the economy in general, and the environment,” Pimentel said. “As humans and their diverse activities expand, the sustainability of the natural environment is threatened and diminished for the future.  We, as a nation, must come to grips with the harsh reality that our land, energy, food and water are finite. The quality of life for us, and especially for our children and future generations, is closely linked to the number of people who live in our 50 states.”  Professor David Pimentel, of and Life Sciences, ,

Are you connecting the dots?  Do you see the brick wall we drive toward as a civilization?  Have you taken action by visiting the many web sites offered in my columns? If not, when?  If not you, then who?  If not for you, who will act for your children?