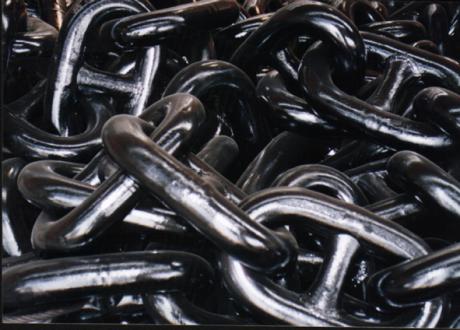 by John Nichols
Just imagine if one of the leading candidates for the Democratic presidential nomination endorsed this radical agenda:

• End the use of military commissions to prosecute crimes.

• Prohibit the use of secret evidence or evidence obtained by torture.

• Prohibit the detention of American citizens as enemy combatants without proof.

• Bar executive use of the state secret privilege to deny justice.

• Prohibit the President from collaborating with foreign governments to kidnap, detain of torture persons abroad.

• Amend the Espionage Act to permit journalists to report on classified national security matters without threat of persecution.

• Prohibit of the labeling of groups or individuals in the U.S. as global terrorists based on secret evidence.

Of course, it is difficult to conceive of Hillary Clinton, Barack Obama or even the somewhat more Constitutionally-courageous John Edwards going to such extremes. They are, above all, cautious candidates. They don't want to be accused of getting too serious about maintaining the basic underpinnings of the Republic.

So what left-wing cabal is promoting the above assault on the executives excesses of the Bush administration?

The group that's advancing this so-called "American Freedom Agenda" is chaired by Bruce Fein, a former Nixon administration aide who served as deputy attorney general under President Reagan and who helped to formulate some of the serious -- pre-blue dress -- arguments for impeaching Bill Clinton. Fein is joined by former Georgia Republican Congressman Bob Barr, veteran conservative fund-raiser Richard Viguerie and David Keene, the former aide to Bob Dole who for many years has served as chairman of the American Conservative Union.

What gives? How come conservatives are taking the lead in the fight to restore basic Constitutional protections?

"The most conservative principles of the Constitution have been repeatedly violated in the last several years," says Fein. "[The] Founding Fathers engrafted a system of checks and review of one branch by another -- a system of due process safeguards against injustice that is likely to occur because of prejudice and fear. And those checks and balances have eroded enormously over the last several years, particularly since 9/11."

Viguerie is even blunter, suggesting that "a constitutional crisis... has developed to alarming proportion under President George W. Bush."

Rejecting the suggestion that conservatives must remain silent because Bush is supposedly one of their own, Viguerie says, "Conservatives must not fail to oppose the massive expansion of presidential powers out of fear they will be aid and comfort to the Left. Concern about one branch of government acquiring excessive power should not be the providence of liberals, moderates, or conservatives. It must be the concern of all Americans who value liberty…"

Barr echoes that view, arguing that, "[We]" cannot sit by and wait thirty years for court decisions. We cannot wait until another four-year election cycle is concluded to have the Bill of Rights restored and defended."

The American Freedom Agenda campaign is the vehicle that these conservatives have established, with a self-described twofold mission: "the enactment of a cluster of statutes that would restore the Constitution's checks and balances as enshrined by the Founding Fathers; and, making the subject a staple of political campaigns and of foremost concern to Members of Congress and to voters and educators. Especially since 9/11, the executive branch has chronically usurped legislative or judicial power, and has repeatedly claimed that the President is the law. The constitutional grievances against the White House are chilling, reminiscent of the kingly abuses that provoked the Declaration of Independence."

The agenda was launched two weeks ago. So far, one candidate has expressed support it: Texas Congressman Ron Paul, the libertarian Republican who explains that: "[They] say that the executive branch is always hungry. That's why it's up to the people, up to the congress to reign in the power of the executive branch."

Paul's right to sign on. The question now is whether any Democratic presidential contenders will join him in doing so.

The restoration of the Constitution's system of checks and balances ought not be a project of the left or right. It ought to be something that every presidential candidate can endorse. And, for Democrats, the American Freedom Agenda initiative creates a perfect opportunity to do the right thing with "political cover." After all, if Hillary Clinton, Barack Obama or John Edwards were to express support for the restoring the system of checks and balances and undoing the damage done to the Constitution during the Bush years, they tell the Democratic strategists who constantly counsel ideological caution: "Don't worry, I'm not taking any risks. I'm just making like the conservatives."

Royalism. Rolling Stone's Tim Dickinson hails it as a "nervy, acerbic, passionately argued history-cum-polemic [that] combines a rich examination of the parliamentary roots and past use of

the 'heroic medicine' that is impeachment with a call for Democratic

founders for the defense of our most basic liberties.'"