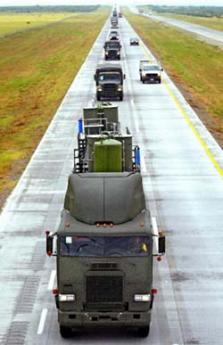 A quiet, deadly human armada more destructive than 9/11 invades the United States 24 hours a day, seven days a week.  While American soldiers defend sovereignty in Korea, Bosnia, Afghanistan, Iraq and Germany, a silent army streams across our borders with accelerating numbers.  While screeners pat down gray-haired ladies at airports and X-ray baggage for embarking passengers, this invasion continues without intervention while threatening deadly consequences in every state of this nation.

Since 1985, from Brownsville, Texas to San Diego, California, colonias sprouted on the American side of the border like an undetectable cancer.  Unfortunately, those shantytowns burgeoned in the desert with no water, sewage, electricity, roads or health codes of any kind.  At first, their numbers totaled 170,000.  By 1995, they jumped to 500,000.  By 2004, colonia inhabitants approached one million. According to a New York Times article, "ALONG THE BORDER: A THIRD WORLD IS REBORN," if colonias continue growing at this rate, their combined total population will equal the population of Mexico City—20 million—by 2021.

The Third World, bursting at the seams with overpopulated and desperate people, packs its bags and transplants itself on American soil.  In excess of 77 million people add themselves to the planet annually—which means an endless line awaits America’s portals.  While we guard foreign borders, our own nation falls to an invasion more horrific than an invading army.

Is it as bad as reported? It’s worse. This writer spent the past two weeks filming and photographing colonias from El Paso, Texas to Organ Pipe Cactus National Monument, Arizona.   They feature rusted trailers and shacks nailed together from cardboard and packing pallets.  Trash, filth, soiled baby diapers, human waste and horrid human practices stretch across the landscape.  To see it is to be sickened beyond comprehension.

What is happening to America?  It reminds readers of the book by Jean Raspail, ‘CAMP OF THE SAINTS’.  The book portrays a fleet of ships loaded with the dregs of society.  They couldn’t save themselves in their homeland so they sailed toward a First World country to make a new beginning.  However, instead of helping themselves, they depended on the host country. “You don’t know my people—the squalor, superstitions, the fatalistic sloth that they’ve wallowed in for generations. You don’t know what you’re in for if that fleet of brutes ever lands in your lap!  Everything will change in this country of yours.  They will swallow you up.”

For starters, colonias represent a serious and growing health hazard.  In the past five years, 16,000 new cases of  mycobacterium tuberculosis migrated from Mexico.  It’s spreading across America as infected immigrants work in fast food and hotels across our country.  One infected illegal alien, chopping tomatoes or serving customers, may infect up to 50 Americans. April 24, 2004 in Santa Barbara, one illegal alien had infected 56 other people.  Other outbreaks include Austin, Minnesota, Delray Beach, Florida, Detroit, Michigan and Atlanta, Georgia.  It’s an epidemic time bomb waiting to explode.  In the past four years, 7,000 new cases of leprosy (Hansen’s Disease) migrated into the United States from unscreened illegal immigrants.  They are free to move about the country.  Tens of thousands of cases of hepatitis A, cholera, dysentery and Chagas Disease simmer in those colonias.  Residents store their drinking water in 55-gallon industrial drums, which are, according to El Paso Health Director Dr. Lawrence Nickery, “Contaminated with fecal bacteria and every carcinogen on the list.”

Worse, colonia inhabitants depress wages for Americans while driving our citizens out of border towns which further cultivates this invasion.  As American citizens flee for health reasons as well as safety from crime and disease, colonias expand.

This is another example of Third World Momentum invading America.  While our soldiers die in Iraq, our own citizens fall to a quiet, deadly and relentless invasion.  While Michael Chertoff’s Homeland Security boasts airport security, in excess of 20 million illegal aliens, unchecked for diseases, roam about the country.  Another one million illegal aliens grow like a metastasizing cancer on our southern border in these infectious ‘colonias’.

While our president and Congress pretend to make America safe from terrorism, another form of biological terror imports itself into our nation without notice.  What can stop it? At some point, our Congress must enforce immigration laws.  Corporations must adhere to the rule-of-law and not hire illegal aliens.  Troops must be placed on our borders to stop the influx of millions of desperate people.  Their countries need to deal with their own people.  Illegal aliens must be deported.  This nation needs a 10-year moratorium on all immigration in order to put our own house back in order.  As an American citizen in a representative government, you enjoy the privilege to call your senators and congressional reps to do their job.

Otherwise, “…if those brutes ever land in your lap, everything will change in this country of yours…they’ll swallow you up.”   Only this time, it’s America.

What you can do to change for the better:

To stop illegal aliens in your community, you may follow the course of action by Mayor Louis Barletta of   He offers a bomb proof ordinance that takes business licenses away from those who hire illegals.  He legally halts landlords from renting to illegals.  Without work and without housing, illegals cannot stay in your community. Check out his website for instructions: www.SmallTownDefenders.com/public/node/6

Visit D.A. King at the www.thedustininmansociety.org to see how created the best laws to stop illegals at the state level.

Please check out William Gheen at www.alipac.us.  He’s a mover and shaker. He will direct you to specific actions that make you more powerful and impactful.

To stop this invasion locally and nationally: join www.numbersusa.com for free and you can join www.fairus.org and www.thesocialcontract.com

Wooldridge presents a 45 minute program to colleges, high schools, civic clubs, church groups and political clubs across America titled: “COMING POPULATION CRISIS IN AMERICA: WHAT YOU CAN DO ABOUT IT”.  Go to his website for further information on booking the program. www.frostywooldridge.com

Frosty Wooldridge possesses a unique view of the world, cultures and families in that he has bicycled around the globe 100,000 miles, on six continents and six times across the in the past 30 years. He presents a program to colleges, conferences, high schools and civic clubs around the country: “THE COMING POPULATION CRISIS IN AMERICA: WHAT YOU CAN DO ABOUT IT”.  His published books include: "HANDBOOK FOR TOURING BICYCLISTS" ; “STRIKE THREE! TAKE YOUR BASE” ; “IMMIGRATION’S UNARMED INVASION: DEADLY CONSEQUENCES” ; “MOTORCYCLE ADVENTURE TO : INTO THE WIND—A TEEN NOVEL” ; “BICYCLING AROUND THE WORLD: TIRE TRACKS FOR YOUR IMAGINATION” ; “AN EXTREME ENCOUNTER: ”.  His next book: “TILTING THE STATUE OF LIBERTY INTO A SWAMP”.   He lives in .  frostyw@juno.comwww.frostywooldridge.com

We Found All the Baby Formula . . . Biden Admin Sent it all to Southern Border...

Revolver Exposes How the Ministry of Truth Plans to Hide Immigration Failures...