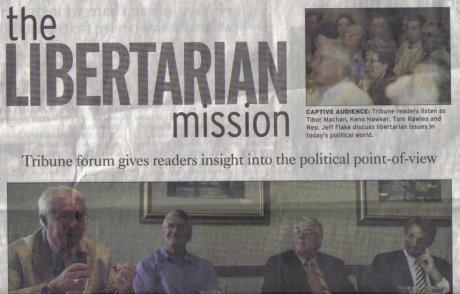 1 Comments in Response to the LIBERTARIAN mission

The Tribune a libertarian newspaper? Hardly. But they will see the light or go the way of The Arizona Republic (Newspapers are sooooo last century). Flake: No Libertarian,... Keno: Definately no libertarian. Tom Rawles: 'Da man. And thanks to all Tibor does.