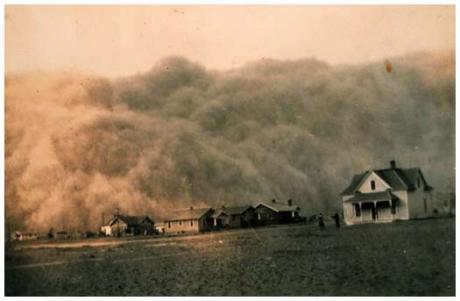 We owe our children, and theirs— a sustainable future.

We owe our planet-home reasonable and responsible behavior that complies with the laws of nature.  As the most prolific and unnatural species on earth, are we facing our realities?

Instead, we pursue rampant population growth with no concern toward future generations.   Big surprise— people need water to survive.

Is the immune to "water problems?"

"Is a multibillion-dollar tax hike that could boost water bills as much as 50 percent again hanging over ?" New York Post writer Carl Campanile said.  "The threat comes from the impact of three large upstate real-estate development projects bordering reservoirs that feed the city's drinking-water supply."

* A 2,000-acre resort complex surrounding could pollute the Ashakon and Pepacton reservoirs.

* A 273-unit housing development and mall in could increase pollution in the Croton Reservoir.

* A 104-lot subdivision - also in Putnam - could have a deleterious effect on the Muscott Reservoir.

"These projects are deemed important to upstate economic development.  But at what cost to the city?"

Pollution threatens drinking water all over the U.S.

Humans and wildlife stand at risk.

Capanile said, "Pollution, sure to be generated by the developments, likely will - prompt the federal Environmental Protection Agency to force to build a water-purification complex costing billions to construct and hundreds of millions annually to operate."

"These costs would be passed directly to property owners.   That would mean hugely inflated water-tax bills for single-family homeowners - particularly in residential Queens and ."

Capanile continued, "Even worse would be the impact on owners of rental properties.  Unlike electricity or gas, there is no way to effectively measure per-apartment water use in a single-meter building.  Thus, landlords would be stuck with the full burden of higher water and sewage rates— while being severely restrained by rent regulation from passing the costs along.  This could drive marginal properties into bankruptcy."

Governor Spitzer said, "I'll be neutral while trying to negotiate a compromise between the Catskills developers and the city's interests."

Do you see how this kind of thinking drives our civilization over a cliff?  In the face of water shortages or damages done to rivers as well as the environment, a sitting governor presses for more development.  That means more destruction of the wild, which, in turn creates a cascading effect on everything in our environment.

Let's see how ironic, useless and pathetically inept our leaders show themselves as they pretend to face our future water dilemmas caused by overpopulation.

Do Our Leaders Understand Population's Impact on Environment?

Newsweek, April 16, 2007, "Leadership and Environment" interviewed Governor Arnold Schwarzenegger "The Green Giant" with a picture of him puffing on a cigar.  While he's filling his lungs with toxic chemicals from the stogie, 37 million Californians' cars, trucks, ships, power plants and homes fill the skies with enormous pollution exhaust.

adds another 40 million people by 2050.  What does that mean?  It means that nothing will be solved.  Every aspect of 's accelerating consequences will be multiplied by adding 40 million people.

Not One "Leader" in Newsweek Mentioned Root-Cause

Later in Newsweek's presentation, they featured mayors of cities across taking the lead.  Again, none of their actions will work because none addresses the certain negative impacts of adding 100 million people in 33 years.

Newsweek's Karen Springen wrote, "Will Polar Bears Be OK?"  Again, no mention of human overpopulation or stabilizing our numbers!

Another Newsweek piece by Jessica Ramirez, "How to Live a Greener Life" presented wonderful methods for curbing billions of metric tons of greenhouse gases created in the annually.  As if trees can compete with millions of combustion engines burning 20 million barrels daily!  They can't!

Newsweek continued with a report on 's water crisis caused by its staggering 1.3 billion people.  Orville Schell reported, "The most dramatic national transformation in human history is being threatened by a lack of water. More than 70 percent of 's rivers are severely polluted.  One can drive a hundred miles in any direction from and never cross a healthy river.  Many rivers have dried up from human overuse.  In 80 percent of rivers still flowing, water quality has been rated 'unfit for human contact' as well as agricultural or industrial use."

I've traveled throughout on my bicycle, up close and personal.  It's wall to wall people.  No let up.  No end to it. Pollution!  Compacted living!  No escape!  Modern Chinese want to be just like Americans; with more and more pollutants.  Vicious circle!

At our current population growth, we follow and 's disastrous footsteps as we grow toward 1 billion people in this century.  Fifty years from now, the same report on 's enormous dilemma will be our nightmare in the West, especially, and throughout the .

At least one person in Newsweek's report spoke rationally.  K.R. Sridhar said, "I'm not against conservation, but the idea that we can conserve our way out of this problem will not hold."

Everything reported in Newsweek reminded me of a vision— Governor Arnold, the great muscleman, jumping into the Colorado River north of I-70 in springtime— with a goal of swimming to its source in the Fraser Valley near the Continental Divide in Colorado.  The scene proves magnificent; his mighty muscles carry him upward, past the torrents of melting water rushing out of the .

Sure enough, the press features him making tremendous progress.  Each day, he puffs on his cigar with confidence in his journey.  However, the mighty kept adding water to its annual snow-melt runoff.  As   progressed, in reality rushing water swept him backwards— downstream.

In the end, even suffered total defeat by the forces of nature.

As you've connected the dots in this series, such is the fate of and — if we don't take aggressive steps to address the root-cause, the one aspect causing defeat in all of our efforts— no matter how much we pretend to make progress.

Why do this to our children?

Why won't anyone discuss it?  Why such obscene irresponsibility?  I shake my head in wonder at our continued active path toward our perilous destiny.

Strategic Planning Void; We MUST Awaken and Step Up to the Plate— Soon

Copping out is NOT an option.  Likewise, caving-in to the Chamber of Commerce or the open-borders advocates, one-and-the-same.

Correction from Part 28: The quotes from Dr. Alan Kuper’s report originated from Mike Lafferty’s book: “Too Many People, Not Enough Planet.”