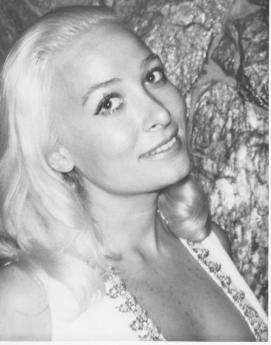 The Sexualization of Scottsdale
courtesy of The Sonoran

Back many years ago, when I was single, I lived for a time in a sensational apartment complex in central Phoenix that had been featured in Playboy magazine. It was called The Aphrodisiac, which made my Iowa mother very nervous when she heard the name. “Doesn’t that mean tending toward euphoria?” she asked.
Fast forward a number of decades, and one could ask the same thing about the emerging downtown Scottsdale hotel and entertainment scene. If the newly-renovated James hotel, now the Mondrian Scottsdale, is a harbinger, the city is indeed ready for a Lingerie Bowl.
In a full-page newspaper spread, photos of the Mondrian hotel would make my departed mother turn over in her grave. My jaw dropped on a recent visit as I encountered the sensuous bed directly outside the front entrance. This was no mere afterthought on the part of the designers.
The whole thing is done on a Garden of Eden theme whereby interior decorator Benjamin Noriega-Ortiz wants to leave no sensual stone of temptation unturned. The stark white décor of the lobby is stunning, as are the puffy white cottony clouds floating above the huge white lamps each straddled by four naked alabaster women. One wall is covered in large nipple-like projections of an aroused woman.
The Red Bar is so covered in red drapery that the very air seems crimson. Big red apples, Eve’s downfall, sit in a bowl on the tables surrounded by red Lucite chairs. As a customer sips $10 drinks, it’s impossible to escape the Cupids hovering overhead, ready to shoot arrows of love or lust into the hearts of patrons lounging on the sofas below.
But the really big show is down a set of stairs in the Sky Bar. Oh, my! Everything here is done in black, except for the bronze fallen angel behind the bar. Even the lamps are covered in black feathers. Picture making one’s way past the bountiful bodies awash in candlelight
Behind gauzy curtains, one finds the restroom stalls. But the lavatories are a communal affair out in the open in a line in front of the water closets, with roughedged mirrors dangling from the ceiling at various heights for patrons to check hair and make-up. Years from now, a smiling housewife can tell her friends, “I met my husband as he stood at a basin next to mine. We were washing our hands together and somehow we just knew we were meant for each other.”
Step outside the Sky Bar and you will see a line of striped canvas cabanas with flaps that can close off for the ultimate in privacy. It was explained that these need to be reserved on the weekends when the really big crowds of urbanized revelers arrive for an evening of debauchery.
Such coziness doesn’t come cheap, as the minimum charges would attest.
When the place wasn’t busy, I asked the friendly management if they ever have to, well, you know, throw cold water on the well-liquored inhabitants of the tents. “We try to get to them before that happens,” was the surprisingly blunt answer. “After all, our goal is to sell rooms.”
I am not a prude. Trust me on this one. But I was offended by the actions of some well-oiled Red Bar patrons on a Saturday night few weeks back. First of all, when the surroundings are so sumptuous, I think sloppy attire and backwards baseball caps are an insult to the place.

Worse, one of the crude imbibers grabbed the pristine, fluffy, white woolen sheep statue from the lobby, hustled it under his muscled arm into the bar, slammed it down on the ground and proceeded to faux hump it until the poor violated wooden creature tipped over onto the floor, spilling its drunken rider. An embarrassed cocktail waitress admitted that such incidents aren’t rare. Pity. I would hope that no customer would defile the beautiful whiteness of the Asia De Cuba restaurant there with its buttersoft white leather banquettes.
Then last week I checked out the look of the FireSky Resort. I’ve lived in the Valley so long that I used to go there when it was the Executive House Arizonian hotel. What a pretty place now, and geared to families much more so than the Mondrian. But the new fad has hit FireSky, too. In the lobby are … beds! Either everyone in Scottsdale is exhausted, or they flat out can’t wait until they get to their rooms.
Don’t look now, Mom.
Becky Fenger can be reached at beckyfenger@cox.net.

HOW RUSSIANS DEAL WITH PEDOPHILES

I'm Being Investigated by the British Columbia College of Nurses Because I Believe...