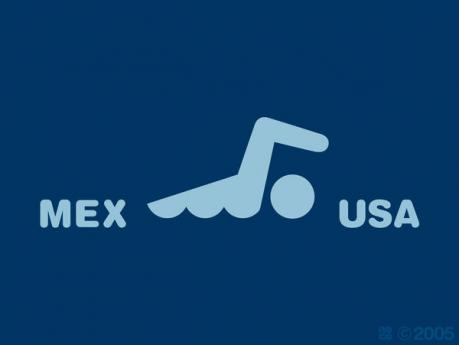 This week, in , 35 national radio hosts, led by Roger Hedgecock, descended on our nation’s capital to expose the illegal alien amnesty being promoted by George Bush.

Known by various names, the Kennedy-McCain Amnesty Bill, it allows 20 million illegal aliens immediate amnesty along with a pathway to citizenship.  This amnesty does not differentiate drug dealers, terrorists, child molesters, alcoholics or anti-American immigrants.  It requires no minimum standards as to education, loyalty to the or intentions.  Exactly like the 1986 amnesty, it solves nothing.  Ironically, it encourages further massive immigration without securing ’s borders.

On Sunday, D.A. King of kicked off the event by hosting www.TheDustinInmanSociety.org anti-illegal alien rally.  Top speakers from all over the presented their views within yelling distance of the White House in . The crowd carried banners and waved Old Glory.

Policemen on horseback separated counter-demonstrators from the King rally.  Of special note, those same demonstrators yelled out names such as ‘racists’ at King’s audience.  Their name-calling fell on the ears of a rainbow of Americans of every race, creed and color.

Hedgecock provided sobering news as to the impacts of an amnesty.  Few Americans realize the impact of adding 70 million immigrants in 30 years.  Anderson, a gifted and fiery speaker, talked about all Americans becoming victimized in their schools, medical systems, crime and drugs by illegal immigration, and Gadiel talked about the dangers of another terrorist attack that took the life of his son.

While the King crowd cheered, the counter-demonstrators hurled insults, blasted air horns and advocated for anarchy in favor of illegal aliens.

As each speaker presented added viewpoints, a story unfolded before the audience.  “We’re importing massive poverty,” Roy Beck said.   “We don’t know who we’re allowing into our country or their intentions,” said Peter Gadiel.  “We make our own people lose jobs,” said Lupe Moreno.  “Our way of life and legal systems suffer from this invasion,” William Gheen said.  “Our borders remain open to terrorists, “T.J. Bonner said.  “Name one advantage to adding 100 million people to the by 2040?” asked Frosty Wooldridge.  “Every American becomes a victim of this invasion,” Terry Anderson said.  “We’re victims in our schools, at our hospitals, at tax time as we pay for their food stamps, schooling, medical costs, drunken driving that kills our loved ones.  What more does it take to wake our leaders up?”

While the speakers recited facts, the counter demonstrators hurled emotions. In the end, we all face a ‘Human Katrina’ of gargantuan proportions.  Emotions won’t solve it; realistic choices will!

Wikipedia helps us as we allow the magnitude and depth of the personal impacts to sink in here;

In the context of human societies, overpopulation occurs when the population density is so great as to actually cause an impaired quality of life, serious environmental degradation, and/or long-term shortages of essential goods and services. This is the definition used by popular dictionaries such Merriam-Webster.

It is rather a situation of shortage of resources and elbow-room that must be caused by population, and not by other factors.   This is because such an imbalance may be caused by any number of other factors such as bad governance, war, corruption or endemic poverty.

Each human-crowding factor creates an agitation, a gnawing and bothersome affect that is difficult to describe— until you venture to a pristine natural area, and begin to breathe deeply.

Are we squeezing together to make room for the unfortunates of the world who have overpopulated themselves into a squeeze-play of their own choosing?  At what point does immigration from an impoverished world end?  It doesn’t!

Never in the history of the have American citizens faced such an ominous situation.  The Romans ignored their immigration invasion, which cost them their civilization.

D.A. King wrapped up the event with a call to action during the “Hold Their Feet to the Fire” week in , Dc.