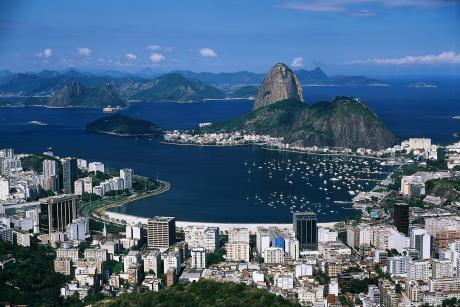 Thomas Jefferson proposed that every American enjoy, "Life, liberty and the pursuit of happiness."  Back in 1776, that meant food, shelter, a rich and rewarding family-life, spiritual awakening, employment and creative expression.

High-speed, high-stress life— is that what YOU want ?

In the 21st century, another phrase becomes more important in our high speed— high stress lives.  "Quality of life" surfaced in the American lexicon in the last twenty years.   Why?   Because we started growing too much, moved too fast and suffered accelerating consequences.

For those of you who remember the 1950s and 60s, no one ever heard about gridlock traffic, air pollution, species extinction, global warming, overpopulation, zip codes, cell phones, computers or drugs.  Most guys knew every make, model and year of our cars.  Choices included Chevy, , Ford, Chrysler and some strange little Japanese import called a Datsun.

That was then; this is NOW

Would anyone reading this series say that the quality of life in , , , , City, , , , and our nation's capital— or any other multiple million populated city— measures up to something envisioned by our founders as reasonable and appropriate?

This week, I spent four days in at the www.fairus.org "Hold Their Feet to the Fire" conference, where 35 national radio hosts and hundreds of their esteemed guests (including yours truly) spoke to millions of listeners concerning the illegal alien migration invasion.  If I could get a literary handle on the East Coast, I'd say, "too many people, too many cars, too much noise, stinky, too many accidents and unbelievable grid locked traffic"— just for starters!

In truth, D C took my breath away.

I am astounded at how people hit the expressways at 4:30 A.M., daily, to beat the rush hour.  I jumped on the Metro Subway at Shady Grove 30 miles out of .  By the time I reached Union Station, I felt like a sardine crammed into a tin.

Unpleasant, unhealthy, obnoxious and insufferable!  As I stepped off the subway, little old ladies tried to run me over on their rush to the escalator.  I felt like a cork being swept away in a human ocean of people.  Every metropolitan arena features maddening crowds and endless congestion.

The future will bring more overcrowding, unless—

Where does it all lead as we add 100 million more people?  What about quality of life? What about 'peace of mind ?'  First, a reminder— with thanks to Wikipedia;

Overpopulation is the condition of any organism's numbers exceeding the carrying capacity of its ecological niche. In common parlance, the term usually refers to the relationship between the human population and its environment, the Earth.

Overpopulation is not simply a function of the size or density of the population, but rather the number of individuals compared to the resources (for example, food production or water resources) and "personal space" needed for healthy survival or well-being.

Are these simple examples "good things?"

Please, stop for a moment and close your eyes as you consider our current dilemma.  Have you noticed the little advantages we lose as we overpopulate ?

I'm certain you can enumerate another 50 examples of the loss of quality of life from your neck of the woods.

Change can be planned-managed, and strategies chosen sensibly

Wikipedia continues to help us as we allow the magnitude and depth of the personal impacts to sink in here;

In the context of human societies, overpopulation occurs when the population density is so great as to actually cause an impaired quality of life, serious environmental degradation, and/or long-term shortages of essential goods and services. This is the definition used by popular dictionaries such Merriam-Webster.

It is rather a situation of shortage of resources and elbow-room that must be caused by population, and not by other factors.   This is because such an imbalance may be caused by any number of other factors such as bad governance, war, corruption or endemic poverty.

Each human-crowding factor is felt by human beings as an agitation, a gnawing and bothersome affect that is difficult to describe— until you venture to a pristine natural area, and begin to breathe deeply.   Then, you remember what you really want, and don't.

Please ask yourself; why are we choosing to drift aimlessly into this overcrowding?

Are we squeezing together to make room for the unfortunates of the world who have overpopulated themselves into a squeeze-play of their own choosing?

It may startle you to learn a basic truth; those nations already manifest what we move toward.  They planned no strategy for gentle population balancing, and neither do we.

What are we thinking ?

In this fragile Republic that we call the , we participate in a grand experiment.  Until recently, the ride proved fun.  Of late, the elbow room to play diminishes…along with our creative-competitive energies.

What can YOU do to shift the course?

Is it reasonable to ask; when was the last time YOU dropped in to visit the staff in the office of your Member of the U.S. Congress to chat about rampant population explosion, and how that phenomenon harms your quality of life?   Did you plan your visit, and prepare a list of "suggestions" to leave there?

Your senator and House member entertain scores of visitors every month— nice folks who lobby FOR more and more people to join us.  Why do they do that?  Quite simple; because the members of the U.S. Chamber of Commerce employ them to do that lobbying, and pay them well.

You and your fellow-passengers in the "U.S. Section" aboard Spaceship-Earth have a responsibility to "help" your elected and appointed representatives to maintain an even keel.   Without your active participation, your leaders will sell-out to big business.   You respond, "They won't do anything!" Okay, then you run for Congress! You become the change agent.

How can you turn the horses and reign-in the unchecked population growth?  Is your 'peace-of-mind' and optimized quality-of-life worth the effort?

Do you owe that healthy legacy to your children?