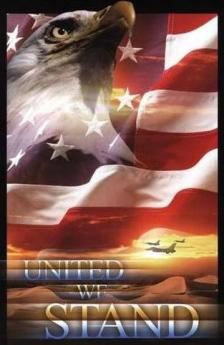 MilitaryCorruption.com
Iraq: Enough is Enough - by Glenn MacDonald
"ENOUGH IS ENOUGH" - BRING TROOPS HOME
BUSH OUT OF TOUCH WITH REALITY - IRAQ
ADVENTURE DOOMED FROM THE START - MORE
TROOPS SENT NOW "TOO LITTLE, TOO LATE"
INVESTIGATE DICK "HALLIBURTON" CHENEY
FOR WAR PROFITEERING - NEO-CONS PULLED
STRINGS ON PUPPET PRESIDENT - "STAGGERED
WITHDRAWAL" BEST STRATEGY - DEMOCRATS
DEMAGOGUED WAR ISSUE - BI-PARTISAN PLAN
NEEDED TO END SENSELESS BLOODSHED
No, we don't advocate surrender or "cut and run," but the war in Iraq has turned into another Vietnam, and the best thing we can do now is stop the senseless bloodshed as soon as possible.
That means a staggered withdrawal over a period of months that will forestall a rout and still give us time to train the Iraqi Army and police to hopefully preserve their shaky democracy.
A prolonged presence of American troops, or the President's "too little, too late" proposal to send 22,000 more Americans into "harm's way," will only escalate the violence in Iraq and give Al Qaeda fighters more incentive to continue the anarchy.
Yes, the Sunni and Shiite sects will continue to battle each other, much as they will 100 years from now.  Our only realistic course is to concentrate on training Iraqi security forces to do what our soldiers and Marines have done till now at heavy cost of life.
Combat operations against the enemy and the daily death toll inflicted on convoys by IED's (improvised explosive devices) can only lead to a lengthening casualty list.  After four years of fighting in Iraq, we have to face the hard facts.  "Victory" on the battlefield is unattainable.  Reducing further loss of life among our brave troops, however, is a realistic goal.
BUSH: AT BEST A "DIMWIT," AT WORST, AN UTTER FOOL
George W. Bush has often been attacked by his political enemies as a lightweight.  We, sadly, have come to that conclusion as well, after the President's utterly stupid and self-destructive remarks made just six days before the November 2006 election.
The man is totally out of touch with reality if he can't understand the mood of the American people in regard to the obnoxious and megalomaniacal former Secretary of Defense Donald Rumsfeld.
To say "Rummie" was doing a "fantastic job" and that he planned to keep the acerbic defense chief on for the rest of his second term, showed Bush is at best a "dimwit," and at worst, an utter fool.  What he was saying to the electorate was, "I don't care what you think about the way the war is being run.  You're gonna get more of the same."  The Republican slaughter at the polls that resulted less than a week later provided his answer.
Bush's ill-timed and incredibly dumb praise of Rumsfeld - the worst defense chief since Robert McNamara - cost  the GOP at least 10 congressional seats and two senators.  One Republican congressman from Conn. lost his election by just 80 votes.  You can imagine his feelings about the occupant of the White House.
A CONGRESSIONAL INVESTIGATION OF DICK "HALLIBURTON" CHENEY NEEDED
As for Vice-President Dick "Halliburton" Cheney, why hasn't the mainstream media investigated his obvious conflict-of-interest in cheerleading an unnecessary and bloody war which has resulted in the defense contractor where he was CEO reaping billions of dollars in profits?
Does anyone with half a brain doubt that the slimy Cheney, most corrupt veep since Spiro Agnew, will slide back into his chair as top dog at Halliburton once he leaves elective office?  It is outrageous that this man can get rich off the death and misery of others.  It says in the Bible: "What does it profit a man to gain the whole world but lose his own soul?"  How many more millions from "war profiteering" can Cheney amass before he is satisfied?  Is oil worth more than the blood of our war dead?
The Republican Party has been taken hostage by the neo-CONS. The noble principals for which the GOP once stood have been tossed in the trash heap.  Agnew was ousted before the end of his term.  If the Democrats want to show they do more than talk, Congressional hearings should commence right away on how we got into Iraq in the first place.  Let the chips fall where they may.
Bush's second term has been a miserable failure and the potential for even more trouble is right around the corner. He appears hell-bent on war with Iran or Syria, and that can lead us to absolute disaster.  We at MilitaryCorruption.com support our mission in Afghanistan, a country where it has been absolutely documented Al Qaeda and our enemies operate from.
But Iraq is a different story.  Did GW want to prove to "daddy" he could oust big bad Saddam Hussein when King George the 1st could not?  The Iraqi people would have been better off today if they'd remained under the cruel yoke of their dictator.  As incredible as that sounds, it is the truth.
The Democrats have little to be proud of.  Many demagogued the war issue.  It's always easy to stand off on the sidelines and toss stones.  Politics is a dirty business and the Dems took full advantage of GW's many mistakes.  Now that they are in possession of both the House and the Senate, it is "put up or shut up time."
Thankfully, self-proclaimed "heroes" like the élitist snob John Kerry, have fallen by the wayside, but Hillary Clinton, who voted for the war, stands a good chance of being elected President.  Media darling, Barak Hussein Obama, is the current flavor of the month.  But what does anyone really know about him?  Should we all be intimidated into genuflecting before him just because we don't want to be called "racists?"
Where is a man like Harry Truman when we need him?

The U.S. Has Killed More Than 20 Million People in 37 "Victim Nations" Since World War II