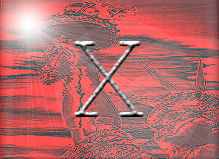 The Adventures of Citizen X
Searching for liberty in the land of the free.

Pain at the Pump

This entry was posted on 5/8/2007 12:35 PM and is filed under A Day in the Life.
Gas prices across America are near record highs...again.  Recently, I filled up a rental car in upstate New York and paid over $3.00 per gallon for regular unleaded gasoline.  Don't be surprised if politicians once again summon oil company CEOs to Washington to testify before congressional committees about the price of gasoline.  Of course, these show trials aren't really designed to get answers, but for the politicians to huff and puff and spew sanctimonious drivel.  These hearings also serve another purpose: to deflect the public's angry aware from the true culprits.  As much as politicians would like to blame the greed of oil companies for high gas prices, government collects much more revenue from a gallon of gasoline than oil companies do.

The federal gasoline tax is 18.4 cents per gallon (cpg).  State and local tax rates vary, but the U.S. average in 2003 was about 24 cpg.  In New York, 52 cents of that $3.00 per gallon was going to pay federal, state, and local taxes.  Oil companies, on the other hand, collect about 10 cents profit for a gallon of gas.  While politicians may claim that big oil companies are price gouging, their profit margins of about 9% are pretty much in line with other industries.  If you want to blame someone for the high price of gasoline, look no further than those politicians who are berating the oil company executives.

But we benefit from gas taxes, right?  Wrong.  While many of us assume that gasoline taxes are spent to build and maintain roads, you must remember who gets the money: politicians do.  Hence, gas tax revenues are distributed according to the politicians' whims; that means waste and pork barrel projects.  According to thenewspaper.com, "the vast majority of gas tax money is spent on programs of little or no benefit to motorists."  Imagine that, politicians lying about how they spend (read waste) your tax money.

Besides, despite what you may see on the display of the gas pump, none of us really know how much we pay for a gallon of gas.  In addition to other subsidies, big oil companies have used the military power of the United States to secure access to the oil reserves of nations located in some of the world's most unstable regions.  Even before the Iraq War, the United States had a significant military presence in the Middle East.  The U.S. has no national interests in this region except for its massive oil reserves. According to Wikipedia:
For 2007, the budget was raised to a total of US$ 532.8 Billion.  This does not include many military-related items that are outside of the Defense Department budget, such as nuclear weapons research, maintenance and production (which is in the Department of Energy budget), Veterans Affairs or the wars in Iraq and Afghanistan (which are largely funded through extra-budgetary supplements, e.g. $120B in 2007).
Of that, $650 plus billion (economist Robert Higgs estimates the total defense budget at $1 trillion), how much is spent to secure access to oil reserves in the Middle East?  The United States consumes 146 billion gallons of gasoline a year.  If, for sake of argument, a third of the defense budget goes to secure access to oil fields and to ensure safe transport of the oil, the price of a gallon of gas jumps by more than two dollars a gallon.  Of course, no price can be put on the lives of all the young Americans that politicians have sent into harm's way in order to secure the United State's access to world oil.

Gasoline and fossil fuels are simply not the cheap energy source that they have been characterized as; we pay for gasoline not only at the pump, but also on our income tax returns.  Big oil companies need the United States military to secure access to oil and to make sure the oil can be transported safely.  The oil companies should be responsible for these costs; not the American taxpayer.  If a business had a warehouse in a bad part of town and had to hire security to guard it, the company would have to pay for the security.  This cost would be passed on to the consumer through the company's prices.  When it comes to oil, the cost is passed on to us not through the price at the pump, but through taxes to pay for "national defense."

This arrangement, perhaps the biggest government subsidy of all, has kept the perceived price of gasoline artificially low and has skewed the market in favor of fossil fuels, retarding the research and development of alternative energy sources.  Despite their grumbling, Americans are still willing to pay $3 a gallon for gas.  Therefore, there is little incentive in developing alternative fuels since the price of such fuels, in the beginning anyway, would probably be much higher than this.  Until the price of gasoline increases sharply, America will continue its dependence on fossil fuels and foreign oil.

By encouraging military intervention into unstable regions such as the Middle East, this dependence on foreign oil has under minded the security of our nation.  Since government's primary purpose, indeed its only purpose, is to provide for the collective security, the government is at odds with its very reason for existence.  We do need hearings to investigate this situation, but we need to make sure we summon all the right people: big oil company CEOs and politicians.  The price of a gallon of gasoline is high, but the cost is truly unacceptable.
by Glenn Jacobs

We replaced our NOISY AC with a QUIET RV Air Conditioner