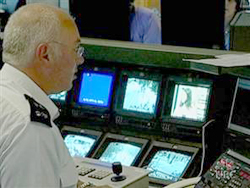 Many liberals argue that, while there really are nasty tyrants around the world, Republican politicians like war only because it preserves their oil interests, allows them to set up puppet governments, triggers a nationalistic, authoritarian-worshiping response among the people, creates a common enemy which is a distraction from their own misconduct, or gives them power in other ways.

Meanwhile, many conservatives believe that Democratic politicians want a welfare state and all manner of government "programs," not to help people who deserve it, but to essentially buy votes, and keep people helpless and dependent, thus increasing the power of politicians.

Well, they're BOTH right. What is amazing is how the pack-mentality of the political-party adherents causes selective blindness. Why is it they can so easily see the bad intentions of the would-be tyrants in the OTHER "party," but can't recognize the EXACT SAME METHODS when employed by the "party" THEY are loyal to?

For example, Rush Limbaugh does an excellent job of illustrating how the leftist politicians support gun control, public education, Social Security, all manner of welfare programs, confiscatory taxes, etc., not because they give a damn about the common good, but because those things GIVE THE POLITICIANS POWER. Meanwhile, for some odd reason, Mr Limbaugh (and many others) can't recognize that the supposedly "conservative" politicians support causes like a huge military, perpetual war, the bogus "war on drugs," and other pro-authoritarian agendas, for the same reason: to increase their OWN POWER.

When someone associates himself with some group, team, or party, he WANTS to think well of it (and think ill of its opponents). But the lengths to which people CHOOSE blindness is amazing. People remain so focused on some opponent--be it a foreign country or just a different political party--that they fail to see that there is only ONE thing their so-called "leaders" ever care about: their own power.

There are extremely rare exceptions, and I hope Ron Paul is one of them. Even Ronald Reagan, who often proclaimed government to be the problem, not the solution, ended up advocating fascist authoritarian control via the "war on drugs," among other things. That's what an authoritarian system does: it encourages ever- expanding authoritarian power, and squelches any attempt to reduce such power. The failed "Republican revolution" of 1994 demonstrated that quite well, showing that even people who proudly proclaim an intent to REDUCE the power and size of "government" will end up supporting MORE and BIGGER "government." It's the nature of the beast. Controlling people is what "government" does; it's what it IS. Why would anyone expect a system of CONTROL to strive to do away with itself? You might as well "vote" for a Mafia boss who promises to do away with the Mafia.

Why would anyone believe that voting between two people, each of whom is SEEKING A POSITION OF ENORMOUS POWER, would ever result in more individual freedom? And why do you think everyone is indoctrinated--by the mainstream media, the "education" system, and the government--to believe that "democracy" is what leads to freedom and justice?

If you don't understand how modern tyrants scheme and manipulate, you will end up inadvertently helping their attempts to achieve power. (If you vote, you already have.) Your intentions won't matter. Your goals won't matter. Your principles won't matter. Their power will increase, and your freedom will decrease. You will complain, protest, and vote again. And you will get more of the same.

"The truth is, there is something terribly wrong with this country, isn't there? Cruelty and injustice, intolerance and oppression. And where once you had the freedom to object, to think and speak as you saw fit, you now have censors and systems of surveillance coercing your conformity and soliciting your submission. How did this happen? Who's to blame? Well certainly there are those more responsible than others, and they will be held accountable, but again---truth be told--if you're looking for the guilty, you need only look into a mirror. I know why you did it. I know you were afraid. Who wouldn't be? War, terror, disease. There were a myriad of problems which conspired to corrupt your reason and rob you of your common sense. Fear got the best of you, and in your panic you turned to [a politician]. He promised you order, he promised you peace, and all he demanded in return was your silent, obedient consent."

That quote is from the movie, "V for Vendetta." If you haven't seen it yet, see it. And, while I'm giving authoritarian-style commands, I might as well command you to read my book, "How To Be a Successful Tyrant" (http://www.tyrantbook.com), before you vote again, or support any "party," or any "government" program, be it welfare, military, or otherwise. Stop accidentally advocating your own enslavement. Know your enemy, and stop HELPING him. Furthermore, think for yourself! I command it!

Tucker: This should make you nervous

We're in It Now for Sure

Oh no. Is Jeff Bezos preparing to run for office?