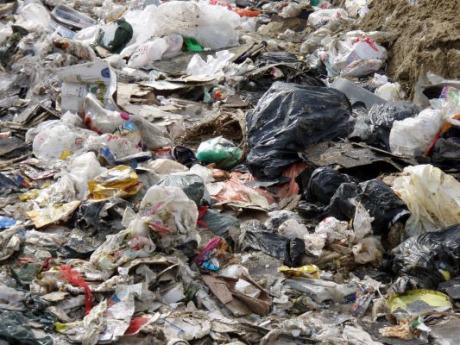 In my world travels from the Arctic to , humanity holds nothing sacred on this planet. I’ve sailed and Scuba dived across all the oceans and seas.  I’ve rafted or canoed rivers from the Amazon to the to the Yangtze.  I’ve explored all the to many unknown lakes.  I’ve walked on the Hawaiian to the Galapagos Islands to at the bottom of the world.  I bicycled along the North Sea in and around Lake Titicaca in .

At every location on our globe where home sapiens inhabit, humanity throws its trash in every conceivable form.

But by far the most dangerous--any way you cut it, plastics prove themselves humanity’s worst invention.  Ubiquitous, forever, deadly and ugly!

As a teenager, I Scuba dived in pristine waters from Lake Huron, the Hawaiian Islands, from the Atlantic Ocean to the .  I saw magic at 40 feet below the surface on coral reefs!  Incredible beauty!  Thirty years later, my dives carried me into the most disgusting sights on the planet. Plastic drift nets, cut away by fishing captains, killed innocent sea life--forever!  For the past 40 years, humans have tossed their plastic containers, pop tops, diapers, billions of bags and every kind and size of plastic trash into our lakes, rivers and oceans.   Plastic destroys everything it touches.

As I canoed down the Mississippi River from its beginning at , it started out as beautiful as a dream. Within five miles, I watched hundreds, then  thousands of plastic containers float alongside me after having been pitched by other boaters.  Plastic bags hung from trees and billowed in the water as they draped from branches along Old Man River.  People drove cars over the river’s edge and left couches and lawn chairs on sand bars. Clothes and junk got tossed along its 2,552 mile trip to .  It made me sick every day.  I filled two large trash bags a day and I couldn’t begin to get it all.

On my bicycle ride from to in 2005, we boarded a ferry from to Patros.  Along the way, we witnessed huge floating gobs of plastic trash collected in ugly swarms hundreds of yards long.

Plastic proves the worst human invention, besides chemicals, because plastic doesn’t break down or biodegrade.  About the only thing that destroys it is fire, but then, the pollution from the smoke proves fatal to the environment.

Alan Weisman, author of “Polymers are forever” published in the May/June 2007 issue of Orion magazine: http://www.orionmagazine.org/index.php/articles/article/270

He wrote, “The true answer is we just don't know how much is out there."

Weisman wrote about Richard Thompson, “He knew the terrible tales of sea otters choking on poly-ethylene rings from beer six-packs; of swans and gulls strangled by nylon nets and fishing lines; of a green sea turtle in dead with a pocket comb, a foot of nylon rope, and a toy truck wheel lodged in its gut. His personal worst was a study on fulmar bird carcasses washed ashore on coastlines. Ninety-five percent had plastic in their stomachs—an average of forty-four pieces per bird.

“There was no way of knowing if the plastic had killed them, although it was a safe bet that, in many, chunks of indigestible plastic had blocked their intestines. Thompson reasoned that if larger plastic pieces were breaking down into smaller particles, smaller organisms would likely be consuming them. When they get as small as powder, even zooplankton will swallow them."

"Can you believe it?" said Richard Thompson, one of the men researching how widespread plastic moved into water systems. "They're selling plastic meant to go right down the drain, into the sewers, into the rivers, right into the ocean. Bite-sized pieces of plastic to be swallowed by little sea creatures."

For those of you old enough to remember Dustin Hoffman in, “The Graduate”, do you remember the older man telling Dustin, “Plastic, my boy, that’s the future!”

While WWII created research for plastics, after 1970, this unnatural substance changed everything and it became everything.  Once it became a container, all hell broke loose.  Every time a group of environmentalists tried to get a 10 cent deposit/return placed on it, corporations overpowered do-gooders with negative ads to defeat return laws.

Soon, the disposable diaper arrived!  On my bicycle travels across and the world, I’ve seen tens of thousands of soiled, plastic baby diapers thrown into every corner of the planet.

Weisman wrote, “What happens to plastic, however, can be seen most vividly in places where trash is never collected. Humans have continuously inhabited the Hopi Indian Reservation in northern since AD1000—longer than any other site in today's . The principal Hopi villages sit atop three mesas with 360-degree views of the surrounding desert. For centuries, the Hopis simply threw their garbage, consisting of food scraps and broken ceramic, over the sides of the mesas. Coyotes and vultures took care of the food wastes, and the pottery shards blended back into the ground they came from.

“That worked fine until the mid-twentieth century. Then, the garbage tossed over the side stopped going away. The Hopis were visibly surrounded by a rising pile of a new, nature-proof kind of trash. The only way it disappeared was by being blown across the desert. But it was still there, stuck to sage and mesquite branches, impaled on cactus spines.”

On our oceans, “In 1975, the U.S. National Academy of Sciences had estimated that all oceangoing vessels together dumped 8 million pounds of plastic annually. More recent research showed the world's merchant fleet alone shamelessly tossing around 639,000 plastic containers every day.

“The real reason that the world's landfills weren't overflowing with plastic, he found, was because most of it ends up in an ocean-fill. After a few years of sampling the North Pacific gyre, concluded that 80 percent of mid-ocean flotsam had originally been discarded on land.”

Weisman wrote, “DURING HIS FIRST THOUSAND-MILE CROSSING of the gyre, calculated half a pound for every one hundred square meters of debris on the surface, and arrived at three million tons of plastic. His estimate was corroborated by U.S. Navy calculations. It was the first of many staggering figures he would encounter. And it only represented visible plastic: an indeterminate amount of larger fragments get fouled by enough algae and barnacles to sink. In 1998, returned with a trawling device, such as Sir Alistair Hardy had employed to sample krill, and found, incredibly, more plastic by weight than plankton on the ocean's surface.  In fact, it wasn't even close: six times as much.”

As you read through this series, it gets uglier than you can imagine. “As for the little pellets known as nurdles, 5.5 quadrillion—about 250 billion pounds—were manufactured annually…perfect for bite-size for little creatures that the bigger creatures eat, were being flushed seaward.”

Ladies and gentlemen of : as you can see, it’s what you can’t see that’s doing incredible damage to our planet home.  As I said, plastics prove the worst invention of humanity. They’re insidious, sinister, menacing and deadly to this planet’s living creatures.

Any questions?  Why would someone knowingly toss 639,000 plastic containers into our oceans daily? Why would Pete Coors, owner of Coors Brewing, pretend to be an environmentalist in , but spend millions of dollars to defeat our bottle/return  laws not once but twice?  Short answer: he makes $13 million a year, but that’s not enough.  He wants more profit with total disregard for all the trash his cans, bottles and the plastic waste generated across the landscape.  Just think of all corporation heads thinking and acting like Pete Coors. Sickening!

The next time you’re at the grocery checkout, they may ask, “Paper or plastic?” You answer as you pull them out, “I’ve got my cotton bags, thank you.”

It’s a start.  Nature thanks you!

For further insights into our ongoing onslaught of this planet, Alan Weisman's article is an excerpt from his book “The World Without Us” published by 's Press in July, 2007.

A speech so good he was sacked: