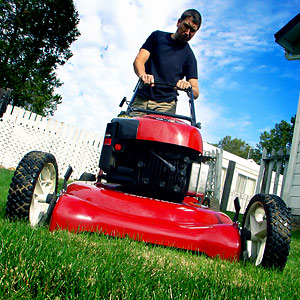 Keep your hands off my gardener
By Craig J. Cantoni
May 20, 2007
Damn!  Immigration reformers in Congress now want to take away the only subsidy I receive from the government.
I’m referring to my gardener Jose, an illegal alien.
Why is my gardener a subsidy?  Let me explain.
Jose and his wife Maria, who has a house cleaning business, earn about $40,000 a year and pay about $10,000 in taxes.  In return for the $10,000, they receive about $50,000 annually in government services, including $40,000 in bilingual education and special tutors for their four children, plus the costs of national defense, public health, public safety, free medical treatment in hospital emergency rooms, and other federal, state, county and city services.
If Jose and Maria were required to pay the full cost of the government services they receive instead of being subsidized, Jose would have to charge a lot more for his gardening.  Because he is subsidized, my gardening is subsidized.  This is an example of how subsidies and handouts distort market prices.
Selfishly, I like the arrangement.  After all, because of the highly progressive tax code, I pay a hugely disproportionate share of income taxes and thus subsidize the 50 percent of US citizens who pay little or nothing in income taxes, including citizens who sit on their asses all day and contribute nothing to the economy or society.  At least I get some of my taxes back with the gardening subsidy, albeit a relatively small amount.
Speaking of citizens who sit on their asses, take Linda Peterson.  A third-generation American citizen, she is a single mom with four children and no job.  Feigning a disability, she receives SSI in addition to AFDC and a myriad of other welfare payments.  In total, she pays zero taxes out of her own pocket and receives $60,000 in government services.
Given a choice, I’d rather deport Peterson and make Jose and Maria citizens.  At least Jose and Maria work their asses off and pay some taxes.  Ironically, they reflect the Protestant work ethic more than Protestant Peterson.
Nativists claim that Latin American immigrants aren’t assimilating to the American culture.  Well, if moochers like Peterson embody the American culture, maybe that’s a good thing.
Sure, on average, immigrants from Latin America have more socioeconomic problems than native-born citizens, including higher crime rates, illegitimacy rates, and dropout rates.  But there are plenty of native-born subgroups with even worse rates.  Intelligent public policy would encourage the industrious and responsible, and discourage the un-industrious and irresponsible, whether they are immigrants or native-born.
When my grandparents immigrated here in the early twentieth century, tax and social policies did just that.  Back then, entitlements, welfare, subsidies, and other forms of transfer payments were about 3 percent of federal spending.  Today, they are over 50 percent.
The point is, it is foolish to reform immigration policies without reforming tax and social policies.
Until both are reformed, keep your hands off my gardener.
_____________
An author and columnist, Mr. Cantoni can be reached at ccan2@aol.com.