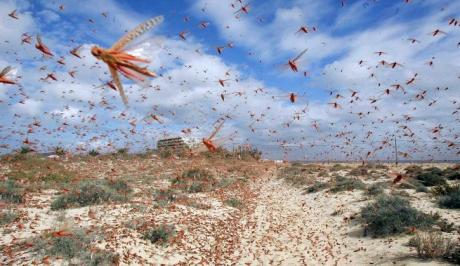 Part 34: Utter stupidity of our leaders

How about the chemicals in our world today?

Did you know that human beings created 72,000 chemicals that contradict everything in nature?  Most don’t break down while killing for decades such as DDT.  They destroy the ‘web of life’ and kill the food chain for millions of creatures. Humans create 2,000 additional chemicals annually. Scientists test two percent for long term toxic consequences. That makes the rest of us human test rats.

We release 24 billion pounds of toxicants into the environment annually.  All of them cause developmental and neurological damage to our children and ourselves. (Source: Rocky Mountain News, Saving the Planet, May 12, 2007)

Every year more than one million people suffering poisoning by pesticides and more than 20,000 die, mostly in countries.  First World countries invent and sell those chemicals to countries!

One gallon of used oil poured into the ground contaminates one million gallons of drinking water.  Yes, here in , careless citizens dump their used oil into the ground by the millions of gallons annually instead of taking it to a recycling outlet.

The average American uses 40 pounds of household chemicals a year.  Whether you breathe toxic fumes ‘out gassing’ from plastic bottles in your house or, you bathe your hands in dishwashing liquids that ‘dissolve’ grease while they absorb into your skin—you’re being methodically poisoned along with your children.

If you’re like average Americans, you use Formula 409, Dawn, Windex, Tilex, Easy-off Oven Cleaner and other poisons.  You’re breathing the fumes and absorbing chemicals into your skin.

If you go to your local Lowe’s, Home Depot or Target, you buy a host of poisons like “Roundup” to kill weeds, “Weed and Feed” to kill dandelions and more.  You can buy sprays to kill the bugs in bushes and in your yard grass.  Listen up folks:  you’re supposed to have bugs in your bushes and more in your yards. That’s how nature works for heaven sakes!  Duh!

We poison just about everything nature created: from crops in the fields, to our gardens, to our yards, to our golf courses, to our own water supplies.  It’s little wonder cancer continues as the second leading killer in .  If you poison the air, water and land—you’re going to get an aberrant response by living tissue.

As you’ve read in this series, we’re accelerating that poisoning by adding 100 million people in 33 years.  We compound our crisis by 100 million.

How can you protect your family?  In the final portion of this series, I will send you to web sites with answers and solutions and actions you can take on a personal level and community level.

As you know, the West suffers horrific consequences today and worse in the future as we overpopulate and run out of water.

As I reported about water in Part 1, we waste it on a scale that defies imagination.  To add one pound of beef on a cow for slaughter, that cow drinks 5,214 gallons of water.  For a 1,000 pound beef steer going to the packing plant, that means it consumed 5,214,000 gallons of water.  It also means it contaminated that much water.

If you used the water it takes to add one pound of beef to a cow, you could take a five minute shower five days a week for a year.

Waste of our precious trees!

Did you know that 100 million trees’ worth of bulk mail arrive in American mail boxes annually? How much is that?  I live in . I’ve climbed, skied and played in the most of my life.  It’s loaded with trees as far as the eye can see.  That 100 million trees used for bulk mail is equivalent of clear cutting the entire every four months.

Every week in my neighborhood, I watch neighbors throw out cardboard, papers, plastic, cans and other trash.  They don’t recycle because they prove too lazy, disinterested, apathetic and worse. Less than one third of all Americans make any attempt to recycle.

They drive eight cylinder cars, drive big power boats and drive a few blocks to the store instead of walk or ride a bicycle.

Recycling in a joke!

Every two weeks, enough plastic, glass and tin cans in are thrown away enough to fill two buildings.  That goes on year after year.

Only a handful of states enjoy bottle/plastic/can return laws like at 10 cents per container return laws.

Here is an interview with New York City Mayor Bloomberg by Maria Newman April 22, 2007.  It shows you the utter stupidity and incompetence of our national leaders:

From the New York Times, “Mayor Bloomberg proposes a fee for driving into .”

The $8.00 congestion fee was one of 127 initiatives included in a sweeping plan by the mayor to help the city of currently 8.2 million people cope with an expected surge in population that he said is sure to put a strain on its transportation, housing and energy systems.

“Let’s face up to the fact that our population growth is putting our city on a collision course with the environment, which itself is growing more unstable and uncertain,” the mayor said. “A key objective is to reduce greenhouse gas emissions by 30 percent by 2030, by which time the population is projected to grow by at least a million people.”

“We can’t talk about reducing air pollution without talking about congestion,” he said.  “As our city continues to grow, the cost of congestion to our health, to our economy and to our environment are only going to get worse,” he said. “The question is not whether we want to pay, but how do we want to pay — with an increased asthma rate, with more greenhouse gases, with more wasted time, lost business and higher prices.”

Not one word about stabilizing population growth. Not one simple solution that deals with the core of ’s problem.  If he continued as mayor and others like him, would grow to 50 million people in this century.

Do you see where our leaders take us?  Short answer: over a cliff!  As you read this series, we suffer inane, insane and incompetent leadership from the president, governors and all the way down to local leaders.  The average American doesn’t possess a clue!   No one will talk about this as if it’s a sacred cow.  It’s not!  It’s a deadly viper.  It’s a “Human Katrina.”  It’s a civilization committing suicide by stupidity and denial.

1 Comments in Response to UTTER STUPIDITY OF OUR LEADERS: PART 34--NEXT ADDED 100 MILLION AMERICANS

Frosty I have to wonder what is going to be the argument when technology reduces the human footprint on the planet. Someday sooner than we think we will have new energy technology and manufacturing continues to get more efficient and cleaner. Should the environmental issues be resolved what would be the next justification for regulating immigration?