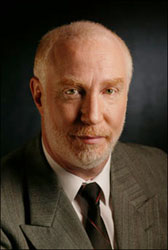 Could be fast-tracked through the Senate this week


The swift passage of a gun-ban bill in the U.S. House, without committee hearings, floor debate or a recorded vote and possibly without even a quorum present, has NRA members nationwide asking what happened.

In a nationally released memo addressing the confusion, the NRA said this is "nothing unusual," further confusing their members. Swiftly adopting a gun-control measure on a voice vote has not occurred in at least fifteen years, if ever, according to Bloomfield Press, the largest publisher of gun-law books in the country.
http://www.gunlaws.com

The NRA, long considered a feared and powerful gun-rights lobby, allied itself with the most ardent anti-gun-rights forces in the House to quickly push through a bill that would massively increase the NICS Index -- the database of people who cannot pass an FBI background check for purchase of a firearm.

Psychiatrists and doctors would have an increased role in determining who gets on or off the list. The medical community has in the past exhibited pronounced anti-gun behaviors, bordering in some cases on hoplophobia, a morbid fear of weapons of any kind.

The action was taken during the morning "Suspension Calendar," normally reserved for "non-controversial" bills. Its use to slip through an expansion of gun control is highly irregular, with no similar action known in the past. The bill is HR 2640, "The NICS Improvement Act," posted here:
http://www.gunlaws.com/DHSinNICS.htm

No one knows how many of the 21 million records Congress seeks will truly identify Americans who lack the legal right to have a firearm. The effect on guns already owned by people in the 21 million records seems clear -- they would be subject to confiscation. At least, a transfer of ownership seems a likely requirement if the law is enacted and those people's names are poured into the list. There are no plans to notify these people.

An error rate of just one-tenth of one percent (very low for government work) would mean that 21,000 Americans will have their rights unjustly denied if the bill becomes law. These people will then be forced to line up and go through an arduous, time-consuming, complex and expensive process to prove their innocence. The government is not required to cooperate, though the law does provide a framework for getting rights restored, at NRA's insistence. (The bill says agencies "shall" act to keep records accurate, but nothing happens if they don't; no time frames for corrections are specified.)

News reports have shed no light on the accuracy or validity of the impending additions, or any preparations to handle a flood of appeals. An error rate of 1% would equal 2.1 million false "guilty" verdicts.

The existing list of criminals, illegal aliens and other "prohibited possessors" is 3,960,981 after 11 years of careful development (as of Dec. 31, 2005). Under the proposed law, at one fell swoop, it will grow to five times its current size. More than ten percent of American adults would be barred from exercising the fundamental civil right to arms. The NRA points out that Americans who have the right medical disabilities do belong on the list.

"It's scary, when both the main defender of this civil right and the enemies of that right combine and work to deny rights to so many people at once," said an insider who prefers to remain anonymous. "Are the records accurate? Can people unjustly accused swiftly restore their rights and reclaim their place in society? Shouldn't we check the validity before we summarily add so many people to the list, and not just add them and let the innocent suffer? Why are the NRA and anti-gun Democrats trying to move so fast?" Carefully checking 21 million people's records would of course slow down the process, and delay entering all the names.

Emails, blogs and chat rooms are filled with such questions, even as mainstream news reports praise "the first significant gun-control legislation in a decade," ignoring a dozen gun bills Congress has passed in the last ten years. Despite the jubilant mainstream headlines, the NRA memo says this is "NOT GUN CONTROL!" (emphasis theirs). After reading the bill, it certainly seems accurate to call it gun control, a term now used almost exclusively to refer to gun bans of one sort or another.

In a related but unreported development, experts note that the expanded NICS system, if combined with information from the Real ID Act, could provide a centralized federal monitoring facility for the entire population, under the guise of crime control. Privacy advocates have expressed concern over the possibility, though many officials see this as a good thing.

The Brady law, ostensibly to control handgun sales, initiated the entire project in 1993, at a cost of $250 million, plus subsequent allocations. The new bill adds $375 million per year for the next three years. In a 1998 surprise, the Brady Handgun law was automatically expanded to include all firearms, not just handguns.

The new law has many built-in protective requirements, and methods of appeal for those wrongly accused, but provides no punishment of government agents who fail to comply or to keep records accurately, placing the effectiveness of those safeguards in doubt. The Justice Dept. is supposed to give Congress a list of all the agencies that are not complying, once a year. In an odd requirement of unknown usefulness, various mental health institutions and providers are given power to certify former mental cases as now qualified to have guns.

In the past, federal and state officials have been known to stonewall, delay, deceive and claim impotence when confronted with requests to have rights restored to the innocent, or to the reformed. Congress has refused to fund such reviews, which are required by law, since 1992, effectively eliminating a person's chance for due process.

In a copyrighted story on 6/21/07, WorldNetDaily said:

"Rep. Carolyn McCarthy, D-N.Y., announcing a provision to allow doctors to ban people from owning guns... The plan allows names to be entered into the NICS system based solely on a physician's diagnosis or prescription of a medication: adults who have taken Ritalin and soldiers with Post Traumatic Stress Disorder would be classified as mentally ill and given the same opportunity to own firearms as convicted felons: None." Simple diagnosis or medical prescription does not appear to be in the bill as grounds for a ban. Ritalin and PTSD are not listed at the present time, though critics of the measure are concerned that such things could change.
http://www.worldnetdaily.com/

Gun Owners of America Executive Director Larry Pratt called the scheme, "conviction by diagnosis," which is true in cases where a person is officially deemed dangerous and other conditions are met. GOA is a national gun rights group opposing the measure. Pratt points out that many people will be taken by surprise when they try to buy a firearm and learn they have been unknowingly lumped into a category with murderers, rapists and illegal aliens. http://www.gunowners.org