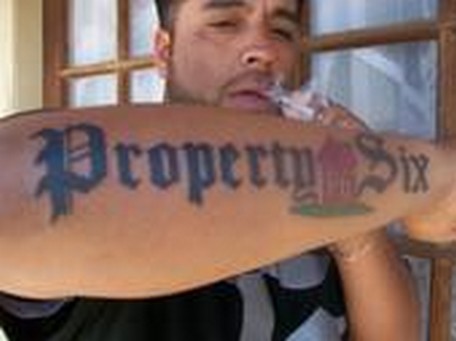 Ernie and I had the privilege to visit a band called, Property Six, when they were on set filming a music video.  One of whose band members and several of the band's supporters are not only BIG Ron Paul fans, but during the RP warehouse effort to kick off the Revolution, helped make many of the signs you have seen around the nation, and were especially creative...but that is another story. 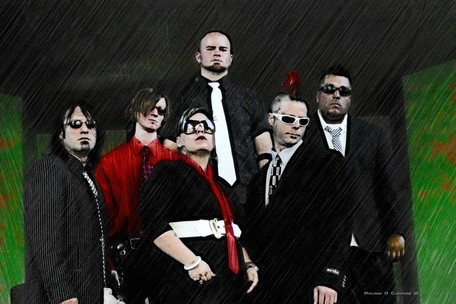 The band has agreed to entertain the crowd at a get together for Ron Paul in Las Vegas in July.  Now, everyone has different tastes in music, but I can only say I was impressed with how really, really talented the Rap-n-Roll musicians of Property Six are, but also how professional they are -- and trust me when they made this video it was hotter than hell, and they were wearing heavy costumes for hours, doing the same number over and over.

Oh, the video, just came out today...and can be seen at:

Be warned:  You may have this song repeating through your head all day long...I couldn't let it go.  And in what is rare for me (I hardly ever pay attention to the lyrics), these lyrics really come across and make me smile.

[NOTE: I experienced some trouble, and received a unhappy smiley informing me an error had occurred when I clicked on the link.  If you experience the same problem, keep hitting the reload button or re-click on the link until the video starts up.  I am fairly certain the problem is not with the video, but rather with the Myspace site, and e-mailed their webmaster about the problem.  I will update with a Youtube link if it becomes available.]

The Sleeper has awakened. The bad guys were not ready for a talented and technologically integrated generation ready to whip 'day asses. We look forward to them joining us for the RonPaulRevolution in Fabulous Las Vegas Baby!