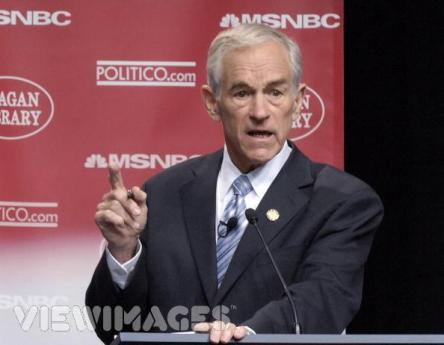 The first quarter of 2007 was largely a feeling out process for the Ron Paul Campaign. After forming an exploratory committee, Paul made stops in New Hampshire and closed the quarter in Arizona.

It was clear from the enthusiasm in both New Hampshire and Arizona that the Campaign must move beyond the exploratory phase to a full fledged campaign.

In Q2 Lew Moore was hired as campaign coordinator to relieve some of the burden being shouldered by campaign Chairman Kent Snider. Later in the quarter, state coordinators were hired in several key states.

Clearly the challenge for the campaign was fund raising, breaking through a perceived media blackout, and in general being taken seriously as a candidate. For the Ron Paul Presidential Campaign, Q2 of 2007 has been a success on all levels.

To demonstrate the growth of the campaign one can simply contrast the end of Q1 with what has transpired in Q2.

In Q1, Paul raised a little over $600K. In Q2, Paul raised $2.4M. Cash on hand for the Paul Campaign is also $2.4M (more than former front runner John McCain who is now reportedly shedding campaign staffers to stop the financial bleeding of his bloated campaign).

While no one can say exactly what to expect in terms of fund raising in the coming quarter, it is clear that Paul's frugal campaign is bolstered by massive grass roots support. The campaign recently solicited earmarked donations to expand their headquarters to accommodate more volunteers.

In Q1 it was clear that getting media attention would be an uphill battle. Getting serious media attention would be an even greater challenge. "The Media Formerly Known as Mainstream" (MFKM) of course would lag in coverage of the Paul Campaign. Having become an integral cog in the corporate political machine, the MFKM simply will not be leading the way in providing coverage of a "Peoples Candidate".

The first Quarter kicked off with a brief appearance on HBO's "Real Time with Bill Maher". During the interview, Maher attempted to portray Paul's positions as goofy. Focusing for example on Paul's view that the Civil War was unnecessary. Maher's preconceptions made for a lack luster interview with Paul largely playing defense but winning points with the crowd when he showed how government militarism and interference in the oil market was preventing alternative energy development.

A mere two months later following a hugely successful debate appearance at the Reagan Library in Simi Valley California, Paul found himself in the middle of a firestorm when during the South Carolina debates, Rudy Giuliani challenged Paul's assertion that US foreign Policy played a role in motivating the terrorist attacks of 9-11. While many in the MFKM gave the duel to Giuliani, the incident vaulted Paul into the center of a media frenzy. In the following weeks, campaign contributions climbed as did requests for interviews.

The Campaign organized a media event designed to provide access to experts in the fields of intelligence and terrorism who showed in fact that Paul's contention that US foreign Policy contributed to motivating attacks against us was correct. Paul went as far as to invite Giuliani to a one on one debate on foreign policy.

In a perhaps the clearest demonstration of the progress Paul made in delivering his pro freedom message, following the South Carolina debate Bill Maher declared Ron Paul his new "hero" and vowed to have him back on the show.  When Paul made his second appearance, Maher apologized for not taking him more serious. Paul was a huge hit, not only with Maher, but with his audience who cheered wildly during Paul's interview and well after Paul left the stage.

With Paul's spontaneous on-line "Net Roots" support in full swing, there was now an "angle" to the Ron Paul story. Paul owned the internet. On line polls were dominated by Paul, blogs discussing Paul sprung up all over the web. Youtube and myspace were quickly canvased by Paul supporters.

Q2 saw a flurry of media activity around Paul. Following the second Maher interview, Paul made appearances on the Daily Show with John Stewart and the Colbert Report. In addition Paul was becoming a regular on the various cable news programs.

While most print media still refer to Paul as the candidate who barely registers in national polls, he is being mentioned more. This Sunday morning Paul will appear on ABC with George Stephenoupolos. As he did on line and then in the cable news and news / comedy circuits, Paul may finally be breaking into the realm of the MFKM beginning with the Sunday morning news programs. Time will tell, but by any measure, Paul's progress in terms of media coverage has been extraordinary.

Last week the Iowans for tax relief held a "Candidates Forum" where all presidential candidates were invited to share their views on taxation. All candidates that is except Ron Paul. After several baseless excuses Forum Organizers finally explained that Ron Paul was in their opinion not a "credible candidate". Never mind that Paul's popularity by any measure is greater than at least half the candidates who did participate, that Paul has raised more money than those same candidates and that Paul has been the staunchest defender of the tax payer. Clearly the exclusion of Paul was politically motivated.

After being denied an invitation, the Paul campaign in cooperation with local Iowa supporters organized their own event scheduled to begin precisely at the conclusion of the Iowans for tax relief event, in the same venue. The result? The Paul event drew a larger crowd (over 1000 were in attendance  (video)) than the "Candidates Forum".

Ironically some attendees of both events just thought the Paul event was the "Grand Finale" of the "Candidates Forum".

In a like manner, a South Carolina GOP event organizer Rick Beltram seeking to exclude Paul was inundated with email and phone calls. Not wanting to repeat the Iowa mistake, Beltram instead offered a challenge to Paul. Paul was invited to participate, at his own expense, in an event dedicated to him exclusively. In this event Paul would be asked questions pre-screened by the event organizers. Latest reports are that Paul will be accepting the invitation.

Perhaps one of the biggest surprises in the campaign is the attraction of young people. Paul's internet popularity is no doubt due to this demographic. Young, internet savy, intelligent, liberty minded supporters are evident everywhere. The challenge it would seem is uniting these youthful libertarian leaning fiscal conservative supporters with the social conservatives who have in large part remained in lock step with the GOP leadership (to the point of ignoring Rudy Giuliani's many sins and accepting him as an ordained front runner).

This quarter will also see the addition of Fred Thompson to the race. No doubt the Thompson entry will hurt McCain, Giuliani and Romney. It is doubtful Thompson will siphon votes from Paul, but whether Thompson can sell his contrived "Washington Outsider" role to potential voters could determine how difficult it will be for Paul to make further headway with disgruntled GOP faithful.

This week Paul did an interview with Philadelphia conservative talk show host Michael Smerconish. Smerconish, a long time Bush Supporter (and supporter of the Iraq war) was amazingly accommodating to Paul. Admitting that six years of foreign policy fatigue with Bush at the helm had softened him up to the message of a non interventionist foreign policy, Smerconish engaged Paul in a friendly and spirited discussion of what a Ron Paul presidency would look like. The interview ended with Smerconish eliciting a promise from Paul that he would go after the actual perpetrators of the 9-11 attacks, Osama binLaden.

This latest interview shows that even die hard supporters of Bush / Cheney are weary of current Republican policy. Reaching these folks will be the challenge in Q3.

1 Comments in Response to For Ron Paul, Q2 a boom on every level

Good article. More could be said -- e.g., about Paul's 65% win in the first NH straw poll, or about the latest web exposure statistics -- but what was there pretty well covered the important stuff. Nice job.