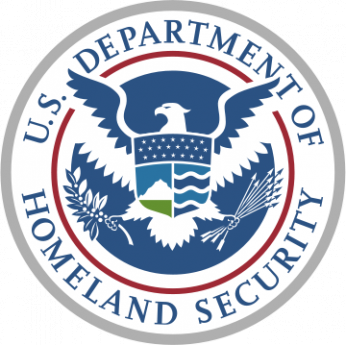 Do you remember when Bush Jr. said, “either you are with us, or you are with the terrorists”? Well, he meant it. Homeland Security’s sub-committee on terrorism risk assessment convened a hearing on 11-06-2007 to discuss “using the Web as a weapon – the Internet as a tool for violent radicalization and homegrown terrorism.” In a video of this meeting, which was last aired by C-Span on 11-12-2007, members of the sub-committee clearly pointed to Internet sites that question the legitimacy of the official 9/11 story as tools for recruiting terrorists.
During the course of the hearing, Mark Weitzman of the Simon Wiesenthal Center displayed a Power Point Presentation illustrating what his organization considers terrorist recruitment sites. Here is his testimony:

To illustrate the trends described above, we have put together a short PowerPoint demonstration. Without going into deep detail in these written remarks, I would like to offer some brief descriptions of the material that will be shown. The presentation begins with a look at how 9/11 is viewed in some eyes online, including those who applauded it as well as some conspiracies sites. The presence of the conspiracy site is significant, since so much of what passes as fact online is actually based on some form of conspiracy...
Next is a series of sites of media portals which show some of the varied methods that the Islamists use to get their message out, including some based on United States servers. These are followed by some looks at charts and other manuals on how to use violence, along with a novel interpretation of jihad that calls for an “electronic jihad.”

One of these “media portals” displayed in the Power Point presentation is Architects and Engineers for 9/11 Truth. This site is sandwiched between a Taliban training manual, and several Taliban recruitment sites showing how to make bombs, take captives, and blow buildings up.
Representative Jane Harmon posed the following question to Bruce Hoffman regarding extremist groups using the Internet to recruit potential terrorists: “So this movement develops them into violent killers?” Bruce Hoffman, a Georgetown University security studies professor, and Chairman of the Rand Corporation in Counterterrorism and Counterinsurgency, stated that “falsehoods and conspiracy theorists have become so ubiquitous and believed that you almost have some sort of parallel truth, and it has become a very effective tool for recruiting people.” The “people” he is referring to are potential terrorists. Mark Weitzman stated: “These people are constructing their own version of reality, full of conspiracy theories, full of doctored videos, that will recruit or inflame the emotions.” 9/11 “conspiracy theorist” groups are included in this generalization.
By portraying sites such as Architects and Engineers for 9/11 Truth as terrorist recruitment organizations, the Department of Homeland Security has taken a dangerous step towards punishing anyone who questions the government. If you go to the A&E Website, you will see that it is a group of “  212  architectural and engineering professionals and   518  other supporters including A/E students who have joined...in demanding of Congress a truly independent investigation of the collapse of the WTC buildings.” Their mission statement is, “To research and to disseminate the truth of the 9/11 “collapses” of all 3 WTC high-rise buildings to every architect and engineer.” I cannot find any indication that this site promotes terrorism, much less recruits terrorists for the Taliban, yet the Department of Homeland Security has taken the stance that the site is “intended to recruit or inflame the emotions” (Weitzman, M.), and lumps it in with sites disseminating the Taliban Training Manual, and advocating suicide bombings.
Rita Katz, director of the SITE Institute - The Search for International Terrorist Entities went on to blame the Internet for Bush Jr.’s failed “war on terror,” and Representative Charles Dent stated that one possible way to help fight purported Internet terrorism would be to “turn the Internet into a less reliable source of information” by putting up phony Websites to collect information on terrorists as well as disseminate false information. Parry Aftab, Executive Director of Wiredsafety.org, also suggested that the government should collect IP addresses of suspected terrorist Websites to aid in the fight against terror on the Internet. Websites such as Architects for 9/11 Truth for instance?
If all Websites that disagree with the official government explanation of the collapse of the WTC towers is placed on a list of suspected terrorist Websites, what is next? Like Bush Jr. stated: “either you are with us, or you are with the terrorists.”
Copyright 2007, Barbara H. Peterson

May I point out one obvious fact, This has nothing to do with terrorism,it is another ploy at control of the internet and free speach !
If it were about terrorism all these seven propaganda spewers would need do is look to themselves and this Congress & Senate as well as the Bush & UN, linked with zionist jews in Washington & Israel. The real terrorists are those who obey these liars & traitors !
To name a few ,The Bush family, Clinton family, Bush Jr. family,Dick Cheney, W/ Haliburton, Black Water,CIA,FBI, Black OPs, Southern Poverty Law Center, ADL, U.N.
All mainstream media propaganda spewers, who try to control the minds of the public with their play on words, Hate Crimes, Antisemite, anti government, bigot,etc.
When you listen closely to what they say ,and how and in what conteext, their play on words become obvious. This is mind control, plain and simple, and they are experts at it !
The wonderful thing about is, they convict themselves by their ploy. They used this method for so long people are no longer fooled. By their own efforts, they convict themselves of treason !
The American public are fed up with their Bull, and deceit, their sly ways of destroying this country with their laws and presidental dictates.
The truth be known, these traitors are loosing their grip on the American public and are running scared to death of what is forming.
An awakening of what they have done to the Constitution, Bill of Rights, and the loss of freedom guranteed by these documents,because of these treasonous people in government an by those who influence them by money, blackmail, threats and murder.
They have exposed themselves and we find them guilty, and they live in fear of what is to come,and it is not terrorism ,but JUSTICE.