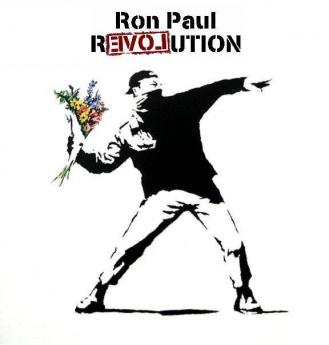 Anyone who is paying attention to the coverage (or rather the lack thereof) is already aware of the “olde media” and “olde pollsters” bias against the ONLY honest candidate running for President, Dr. Ron Paul.  They are trying to minimize him to the full extent they can, so, since this is a revolution—there ain’t no rules that we supporters have to follow, we can be as creative as we like.

Our task is to become the voices and stage for the “New Media” and to promote Dr. Paul in any and all ways that we can.  As the public learns about him and the message he carries—they clamor aboard the freedom train.  What we have to do is introduce Dr. Paul to as many of our countrymen as we can.  Don’t be afraid to try something new or different.

I deliberately didn’t answer my phone and the comments have all been VERY positive.  Testing done!

I urge you one and all, to change ALL of your answering machines to include a blurb for Dr. Paul.  Try to make it catchy and fun—your callers will love it.  I forgot to include a reference to his website www.RonPaul2008.com but I’ll fix that in a minute.

And ... tag the message onto all out-going emails.