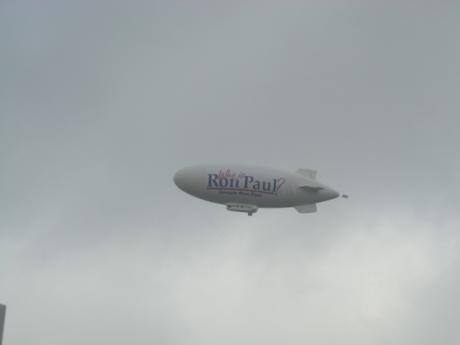 Up, up and away in our beautiful balloon!
[Received from a FP fan, who braved miserable weather to watch the Ron Paul Blimp launch.  I'm envious! --Ed.]
Hello Editor of Freedom's Phoenix

Ernest asked me to write this account of the launch of the Ron Paul Blimp.  Had I known I was going to be writing something, I'd have gotten some names and more details and I would have geared myself up for writing.  As it is, I'm worn out and, as much as I love writing, I'm not in the mood.  Feel free to edit all you'd like.  And if you need more details such as names, I'll do my best to get them for you. 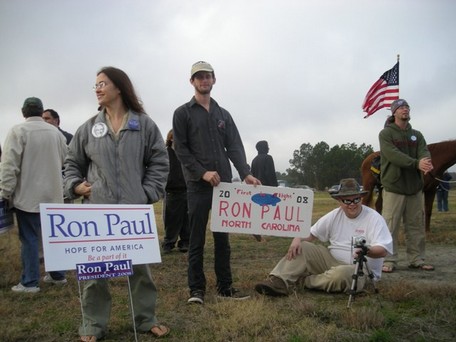 I have attached photos.  I love the one with the flag in the foreground! 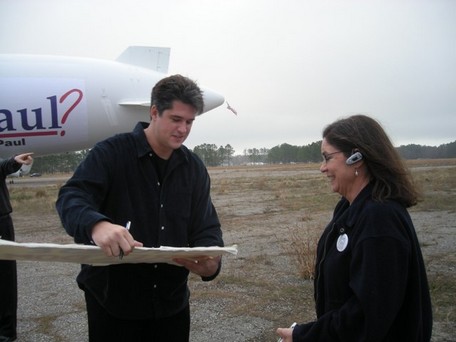 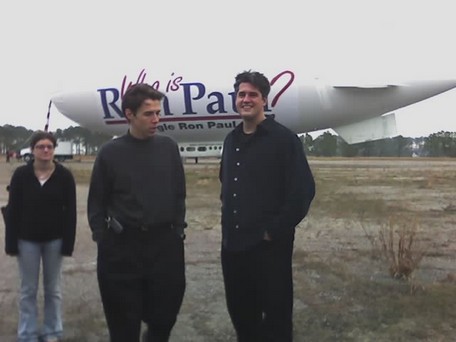 Several members of the Tidewater Virginia Ron Paul meetup took an early morning drive down to Elizabeth City, North Carolina to watch history in the making when the Ron Paul Blimp was launched for its maiden voyage.  My friend Brandon and I rode together and the first awesome thing we saw was a mini-van with a beautiful Ron Paul Revolution logo across the rear window. 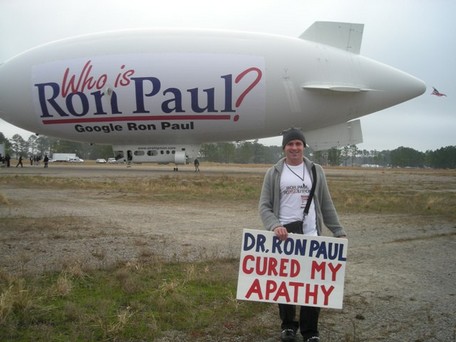 About 3 miles out, we spotted the ginormous blimp hangar on the horizon.  That was pretty exciting, but nothing could compare to that first glimpse of the Ron Paul Blimp.  Brandon and I both squealed with delight!   We parked, grabbed some signs and joined the 40 or so people who were already there. 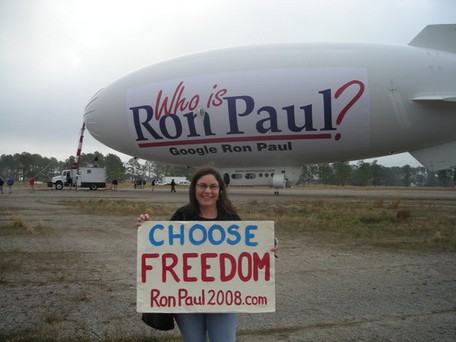 We gathered fairly close to the Blimp.  People were milling around with their signs, introducing themselves and talking excitedly with each other, holding up signs and taking photos and videos.  One fellow brought a drum and he beat it to chants of "Ron Paul!".  He got hoarse from leading the chants.  A lovely young lady brought her Peace Pony and was riding, carrying a flag.  As with any ordinary Ron Paul event, there was electricity in the air but this time, the feeling of electricity and anticipation was almost palpable.

Trevor Lyman was there and I was excited to meet him and thank him for his extraordinary efforts, not only for the Blimp but also for November 5th.  He was a very humble and unassuming young man, who, when we thanked him, thanked US for making it happen.  I asked him to autograph my original Ron Paul sign and he posed with a photo with me and many others.  I'm not sure Trevor realizes that he is the embodiment of Freedom in action; an example of how creative ideas and energy can be released when bosses and boundaries are removed. 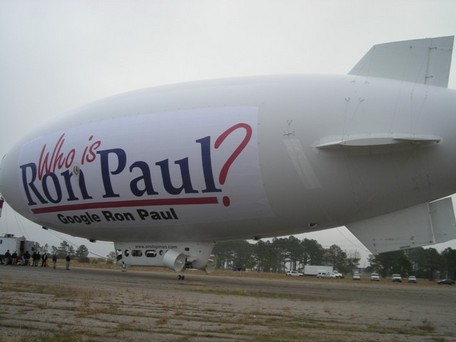 The Mayor of Elizabeth City spoke in a short ceremony and gave bouquets of roses to the pilots.  As they headed off to board the Blimp, we gathered for some final photos and then were asked to move away from the vicinity of the Blimp. 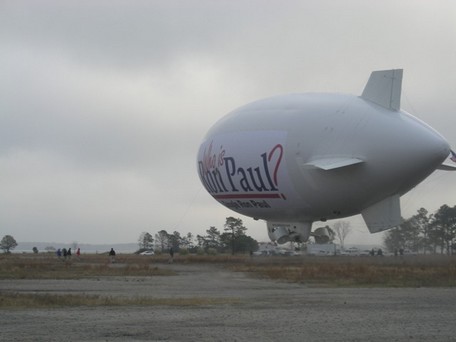 Then, at about 9:30 AM EST, the Blimp began its rather cumbersome yet elegant lift off, amidst cheers and hoots of delight.  It made a wide arc around the field and then headed off into the overcast skies.  It was a sight to see! 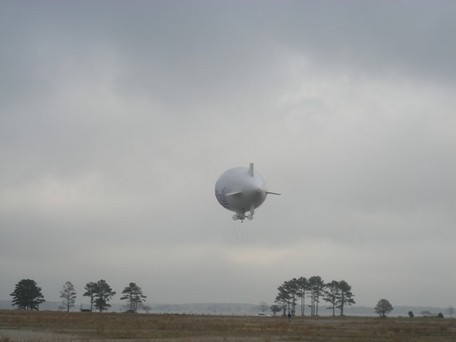 The Blimp staff had set up tents and refreshments and most of us stayed to continue socializing.  The launch of the Ron Paul Blimp was fabulous and I am SO glad that I had the opportunity to attend.  But, as always, best of all was meeting and connecting with other Freedom Fighters. 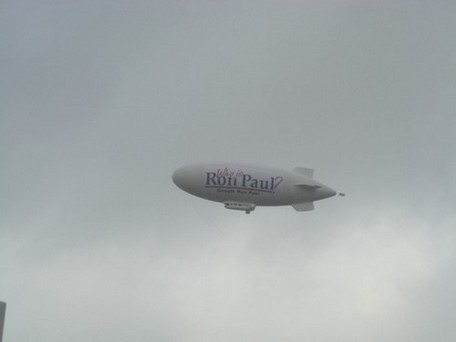 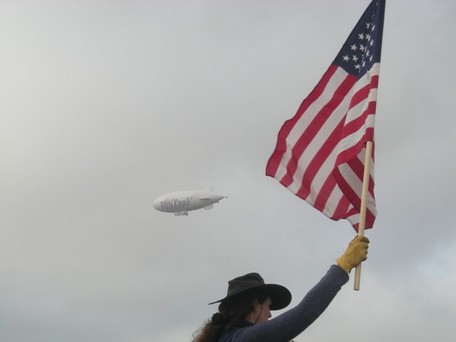