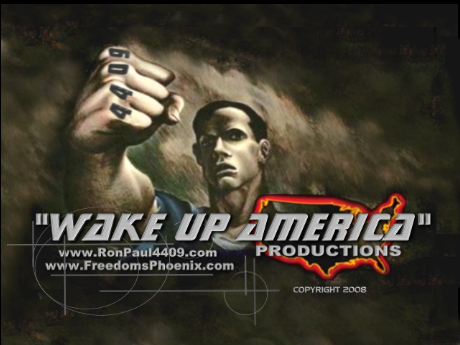 CLICK HERE FOR 4409 PHONE CALL VIDEO
A call was made on behalf of the people of Arizona to Terri Gilberg at 550 KFYI talk radio on Feb 25, 2008. There are so many pressing issues going on in this state and they chose to talk about how boring the Oscars were. Who cares about the Oscars when you have bills in the state senate that want to hand your roads over to a sham authority or foreign entity.
Bill 1420 was written by state senator Jay Tibshraeny of the 21st district. The bill is dangerous and I think designed that way. Sometimes controversial bills are written so far out there that when you try to compromise they get what they intended all along.
After one read you will se that this bill should not be considered. They completely repeal Title 28, chapter 22 and write their OWN legislation.
Not only does a corporation want the blessing of the state to hassle you with mandatory checkpoints and RFID spy chips they also want to charge you fees to drive on the very roads you have already paid for. In fact, you are still paying for through a gas tax.
This is one of the most deliberate attempts to take over and steal the peoples infrastructure I have ever seen. This will be owned by a corporation with perpetual existance. Let me say that again, This will be owned by a corporation with perpetual existance.
This bill is NOT a joke and it will affect your family for the rest of their lives by putting them into a corporate control grid with more than likely congressional immunity.
Click here for a peek at the Senate bill 1420
Click here for the member list

2 Comments in Response to RON PAUL 4409 -- Jay Tibshraeny is trying to RAM TOLL ROADS down our throats!

I will take it that you are being serious.

First, The state has a 12 billion dollar surplus contrary to what you are told.

Second, we never had to turn over our roads to corporations before, why now?

Third, Since the people own the roads should they not have the ultimate say on whether they are handed over to corporations or not?

Fourth, doesn't the state already collect millions of dollars off a gas tax to maintain the roads? Would that not be the obvious choice to look for revenues?

China is Coming: Observations from an Expert | In Depth (Publisher Recommended)

Tried Tesla Cybertruck, Rivian, F150 Lightning: Which Will I Buy?

I'm A Twenty Year Truck Driver, I Will Tell You Why America's "Shipping Crisis" Wi