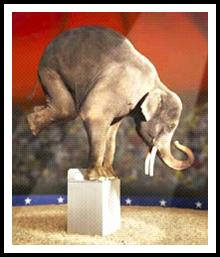 Per Nevada Revised Statute 293.128, as a major party the Republican Party must certify to the Secretary of State the names of the members of the executive committee.  Article 11, Section 1 A(1) of the Nevada Republican By-Laws defines the executive committee as “the state chairman, vice-chairman, secretary, treasurer, national committeeman, national committeewoman, president of the Nevada Federation of Republican Women, and the chairmen of the budget and finance committees” as well as “the chairmen of the Clark County and Washoe County Central Committees and the chairman of the Rural Counties Caucus.”

Whoops.  That's not good.  Heidi Smith deserves this position.  She has obviously earned this position within the ranks of Nevada Republicans, unpaid and unreimbursed as it is.  It would be a travesty if she wasn't actually able to assume this position because the convention did not reconvene.

It would be another travesty altogether if the Republican Party was stripped of its recognition in Nevada precisely because Heidi Smith couldn't be certified as Nevada's National Committeewoman.  As it stands, Nevada can not recognize any of the business conducted so far because the convention stands in indefinite recess and the incumbent's term is up.

Imagine the chaos if the candidates from the taxpayer-funded Nevada GOP primary in August were deprived of ballot status five days after the September Republican National Convention in St. Paul.  It seems to me that Nevada taxpayers would be well within their rights to demand their money back from the Republican Party that precipitated the chaos.

Luckily, I'm sure cooler heads will prevail and the the convention will reconvene soon.