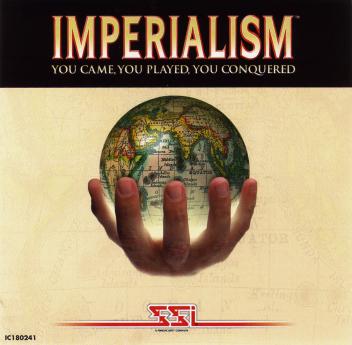 Grow Them Young, Pay Them Well - Anti-Chavistas, That Is - by Stephen Lendman

The Washington-based Cato Institute is all about "Individual Liberty, Free Markets, and Peace," or so says its web site. It's been around since 1977 preaching limited government and free market religion with plenty of high-octane corporate funding for backing. It better have it for the award it presented on May 15. It was to a 23 year old fifth year Venezuelan law student at Universidad Catolica Andres Bello. Yon Goicoechea was the fourth recipient of the "Milton Friedman Liberty Prize" in the amount of $500,000. For what? What else. For serving the interests of capital back home and leading anti-Chavista protests.

Goicoechea is leader of Venezuela's "pro-democracy student movement" that in Cato's words "prevented Hugo Chavez's regime from seizing broad dictatorial powers in December 2007." The reference is to the narrow defeat of Venezuela's reform referendum last December. Goicoechea led student-organized street violence against Venezuela's democracy, but don't look for Cato to say that.

It played up Goicoechea's "pivotal role in organizing and voicing opposition to the erosion of human and civil rights in his country (that) would have concentrated unprecendented political and economic power in the hands of the government." Instead, he chooses "tolerance" and the "human right to seek prosperity." He's been active since student and other opposition emerged against the Chavez government's refusal (with ample justification) to renew RCTV's VHF operating license last May.

Then, and in the run-up to last December's referendum, Cato says he stood down "ongoing death threats and continual intimidation due to his prominent and vocal leadership." He's been "indispensable in organizing massive, peaceful protest marches that have captured the world's attention." In fact, there were no death threats but plenty of hard right intimidation targeting Chavistas with tools like Goicoechea a part of it.

Cato founder and president Edward Crane said "We hope the Friedman Prize will help further his non-violent advocacy for basic freedoms in an increasingly militaristic and anti-democratic Venezuela." Far right novelist Mario Vargas Llosa added that "freedom is disappearing" in Venezuela, and "Goicoechea is a symbol of (a) democratic reaction when (it's) threatened."

Goicoechea received his award at a $500 a plate dinner at New York's Waldorf Astoria. Prominent corporate and government types attended, all representing far right interests. None explain how Bolivarianism works, its participatory democracy, its commitment to Venezuela's people, or how it's lifted millions in the country out of desperate poverty. Nor is there comment on a model process, impressive social reforms, supremely democratic elections, or Hugo Chavez's immense popularity. An April 24 - May 2 Venezuela Data Analysis Institute (IVAD) poll puts him at 68.8%. That compares to comparable George Bush ones with some of the lowest ratings ever for a US president.

No discussion either of how student opposition is funded or for what purpose. That their money comes from US agencies like the misnamed National Endowment for Democracy, USAID, the International Republican Institute, and other pro-business US and international agencies and organizations. CIA's part of it, too.

Highlighted are Goicoechea's plans with the money - to challenge Bolivarianism back home and work to subvert it. With those ideas and Cato's backing, he's sure to remain a hard right favorite. He'll also be busy and well-compensated - for more destabilization against the most democratic government in the hemisphere. That's what Goicoecheas are for - to sabotage democracy, subvert equity and justice, topple populist governments, and make Venezuela "friendlier" for business.

Goicoechea now heads home fully briefed for his role, but don't expect Cato to explain it. It's to support capital's divine right, privilege over beneficial social change, and the rights of the few over the many. It's to mobilize indignation against a leader who works for all Venezuelans, especially those in greatest need. Who uses his country's oil wealth for his people, not elitist business interests. For having a Constitution that mandates it. For gaining overwhelming popular support and becoming a hero to millions. For wanting others to share in what Venezuelans have. For believing all people matter, not just the privileged. For becoming the greatest of all threats to the empire (and Cato) determined to stop him. For failing so far. For seeing him gain strength and stature. For securing grassroots allies everywhere. For needing many Goicoecheas to oppose him, but not nearly enough to prevail.

His "non-violent advocacy" and "peaceful" protesting went like this - promoting class warfare; wanting Chavez toppled; and following CIA diktats to:

-- "take to the streets; protest with violent disruptive actions across the nation; create a climate of ungovernability; provoke a general uprising; isolate Chavez" internationally; destabilize the government; disrupt the constitutional process; sustain aggressive agitprop; build unity among the opposition; and end Chavismo and Bolivarianism so capital can get back in control.

Last year, Goicoechea responded by engaging in violent street clashes; targeting pro-Chavez students, police and the National Guard; smashing windows; turning over and setting cars alight; starting other fires; burning tires; throwing rocks and bottles; engaging in a shootout at Caracas' Central University; seeing Venezuela's business media report "peaceful, civic and democratic" students were attacked without provocation; and getting full US (and Cato) backing for all of the above.

Like others of his class, Goicoechea enjoys privilege and wants to keep it. He's also unwilling to share it, and he puts it this way: "We have to fight for our future, for our rights," and you know whose he means. "If we don't fight for our freedoms, we won't be able to take part in a democratic Venezuela in the future." He means democracy for the few like in pre-Chavez days.

Gabriela Calderon shares that view as editor of ElCato.org, Cato's Spanish language website. She's young, well-educated, anti-Chavez, and also against Bolivarianism's spread to her native country of Ecuador. Cato says she's a "frontline" warrior in "the struggle against Hugo Chavez's '21st century socialism,' which is threatening to engulf all of Latin America." She, in turn, calls populists like Chavez and Ecuador's President Raphael Correa "the reactionary right" for in Cato's words: "pushing for greater state control over the economy and people's lives. By contrast, she - and ElCato.org - advocates for individual freedom." That means privatizing everything, favoring property over people, privilege over the needy, crowding out dissent, and getting well-rewarded for supporting all of the above.

These are imperial interests. Youths like Goicoechea and Calderon are its tools, and organizations like Cato are front and center supporting them. It's bankrolled by business, given clear marching orders, and they're full of high-octane markets uber alles religion. But in the spirit of "Individual Liberty, Free Markets, and Peace." Orwell would approve.

Also visit his blog site at sjlendman.blogspot.com and listen to The Global Research News Hour on RepublicBroadcasting.org Mondays from 11AM - 1PM US Central time for cutting-edge discussions with distinguished guests. All programs are archived for easy listening.

2 Comments in Response to Grow Them Young, Pay Them Well - Anti-Chavistas, That Is

Stephen Lendman is very devoted fan of Hugo Chavez. But his support comes more from a philosophical devotion to socialism. I encourage his writing here on FreedomsPhoenix because he does such a great job at giving us a peak into the mind of a devoted socialist. You don't need to read more than one of his articles to see how he thinks and what the underlying philosophy is.

I only wish we had as devoted of a Bush supporter that would grace us with their thoughts on a regular basis :)

Your unabashed support for Hugo, no matter what he does or says, continues to make me smile. Sort of counter balances others who support Bush, McCain, Hillary, Obama -- through thick and thin -- no matter what is said or done by them. I hope you all keep the messages flowing. But darned few of you are anywhere near as good at writing as Mr. Lendman.

From Terrorists to Viruses: Dystopian Progress

Wildfires in the West could be coordinated arson attacks, says federal law enforcement