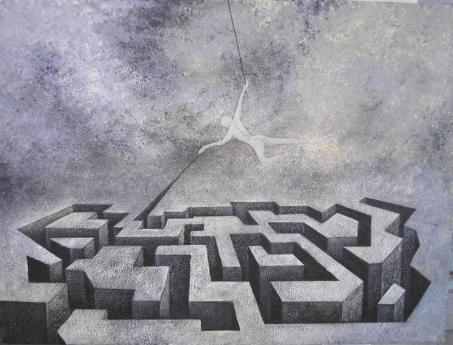 {Update: added link to minute entry and comment at end}
I just got back from John Stuart's evidentiary hearing on his filing false documents case this morning (6-2-2008). It was 100 minutes late in starting which cost me $16 with the City of Phoenix. As I said, justice is mostly about another branch of government making sure it too got its turn at looting you.

I reported about the initial hearing leading to this hearing last week. (See the second half of this page.)

First, in my opinion, the bad news. This case is now combined with the original murder case after this hearing concluded. Bad because I had hoped it would die with prejudice today. But if there is any good news, Judge Mroz said she would file her minute brief tomorrow morning the latest. Fast work. What this could mean is that the charge will be lowered to a misdemeanor and Stuart will be bailable immediately with release in 24 hours. However, I interpret passing the case as passing the buck and continuing the delay game that the “justice” system knows too well. Makes a lot of money for their cohorts who service and reside within the system.

The new judge will be Judge McMurdie who is also handling the murder trial now that Judge Steinle has removed himself. Next hearing (a status conference) will be in front of Judge McMurdie June 23, 8:30AM in the East Court Building, Suite: 413. [As I have said elsewhere, I am somewhat surprised Judge McMurdie was assigned this case after having been previously sued by two defendants under Admiralty claims. (PDF)]

Judge Mroz also denied motions made in four documents (1) (2) (3) (4) [PDF docs] submitted by Stuart to the court for reasons of hybrid (i.e., Stuart was represented by an attorney at the time, and as far as the judge is concerned all motions must come through the attorney not Stuart or anyone else representing him. Like I said in a much earlier missive, judges hate that.) By dismissing the motions she did not have to address the validity of the motions.

The state's one and only witness was Detective Alan Shearer of the Maricopa County Attorney's Office, who has worked for them since 1984. Prior to that he retired from the Phoenix Police Dept. The documents in question were sent to the Maricopa County Attorney's Office (MCAO) where he “decided to look into the documents.” Apparently this was on his own initiative, as after examining them and believing a violation of the law had occurred he conferred with prosecutors at the MCAO. [Who is he? He was a key member of the Phoenix FBI's Joint Terrorism Task Force that created this document (PDF) identifying domestic terrorists – apparently me.]

Now Stuart's attorney makes the detective look pretty foolish on the stand in not knowing the difference between a 1099 and a 1099OID form – the latter is what was filed and is the contended item for a false document. Actually the document was a copy of the 1099OID form, the original filed elsewhere. I frankly didn't care too much that the detective didn't know the difference between the two. But what I found interesting was the lengths to which the detective went to not disclose he had no clue. It was bloody obvious he had no clue. It looked idiotic that he was resisting making the simple statement that he had no clue – like what does it matter? In the end the prosecutor objected to try and get the detective to gain some composure. And in the end the detective pretty much – but not explicitly – admitted he did not know the difference. As to what good it did in front of the judge, I have no clue.

What bothered me about this detective's testimony was his acknowledging (under questioning from the prosecutor) that he was at many of Stuart's hearings. That he had taken this particular investigation upon himself – which led to Stuarts arrest and bond revocation.

What was really interesting was the detective who had referred to his presence at the March 26th hearing earlier in questioning by the prosecutor said he couldn't remember being present at the March 26th hearing under cross examination by the defense attorney. The March 26th hearing is crucial (sort of) because it is here the prosecutor believes the “false” documents in question were introduced to the bailiff of Judge Steinle's court. Mr. Stuart's thentrike>current attorney (trike>Larry Hammond?trike>corrected - per Cantrell comment on this report) laid them down on the bailiff's bench after the judge refused to take them – then when the attorney laid them on the bailiff's bench the bailiff took them causing the judge to first acknowledge the documents and then dismiss them (deny the motions) on the record. Later, the Clerk of the Court transmitted the documents to the County Attorney's office. [Certainly not on his own inititive... who requested them sent to the MCAO?]  The prosecutor hedged her bets a bit on this scenario.

The problem I have with this is: One the paperwork WAS submitted by Stuart's attorney, not Stuart or an agent of Stuart's to the court. Two, the detective perjured himself – why?

Here is a laugh. When the prosecution rested, and the defense was asked if they wanted to call witnesses, the defense called, Susie Charbel, the prosecutor to the stand. The judge rejected it since no one was present to represent the state if Charbel was on the stand. [And Charbel objected that she had not been notified she would be a defense witness. So? A defendant can call anyone to the stand who has information or involvement in their case, and is present in the courtroom. Anyone. And isn't it interesting that the prosecutor is a witness ...  even the judge seemed surprised at the hearings beginnings that Charbel was prosecuting both cases.  Now I understood why.] But it made the case. The one person who WAS there on March 26th – and the reason the detective said he was not there after earlier saying he was – was that Charbel witnessed [and presumably the detective] Stuart's lawyer handing the paperwork to the judge on March 26th, witnessed the bailiff taking the paperwork, witnessed the judge make a ruling on the motions contained within the paperwork – oooooouuuuuu! I only thought such things happened in Hollywood movies. At any rate, without her testimony, and with the detective perjuring himself on the stand – OK he too fudged. He said he was unprepared to answer whether he was there and would have checked his notes which he would have done if he had been prior informed that his whereabouts on March 26th were needed. [Though there is that axiom of asking a witness a question for something you do not already know (and can prove) the answer to.]

At any rate, the defense rested after making a series of arguments and referring prior cases to the judge rebutting the state's case. The gist is that the documents were not false, nor illegal in their filing and that the County Attorney's Office is in error in its interpretation of the law. I guess we will see how effective his arguments were tomorrow.

Thanks for your article Powell. John Stuart wanted me to let you know the following: This is the third judge to see this case, who knows without a doubt that Stuart is innocent in this case, and the other case, yet knows that the guards can torture defendants into making pleas. Any attorney that works in Maricopa County will quickly admit, the biggest problem in the country is, once defendants are placed in county jail, they are starved and tortured so severely, that they will accept three years of prison over one year in the jail. This has led to a lot of innocent people accepting guilty pleas, just so they would survive. Maricopa county jail is considered the worst and moist heinous jail in the country. Arpaio even brags about how he humiliates untried prisoners, and feeds them less than a dollars worth of food a day. Most of the food fed to the inmates is out of date, spoiled, and often moldy. Thus requiring the inmates to by food from Arpaio's store to keep from starving. The prisoners that don't have any money, have to beg the other prisoners for food or starve every day. The sanitary conditions, food conditions, and confinement conditions, are horrendous. According to a former Abu Ghrab guard, the conditions at the Forth Ave jail, are worse than that prison. The guards take sadistic pleasure in torturing the inmates on a daily basis. By the way, the attorneys John had at the hearing on March 26th, were David Cantor and Todd Nolan, not Larry Hammond.