As throughout history, politicians have once again turned their scapegoating fingers to the evils of speculation. But, if speculation is so evil, why do speculators speculate, and what exactly is so bad about speculation?

If your sons or daughters are lucky enough to attend a small school, you probably know that the school often has to rely on the booster club to purchase uniforms for school sports. Typically, the booster club runs the concession stand at sporting events, trading parents' free labor for the proceeds of candy and popcorn sales. Those proceeds are budgeted to replenish the stock of the concession stand and help purchase uniforms and equipment for the sports teams.

Imagine you are the treasurer of one of these booster clubs. One of your duties as treasurer is pricing the items in the concession stand. While the booster club wants to make money to buy uniforms, it nevertheless doesn't want to rake its customers, so you typically only add 10% to the cost of an item. For example, if the club purchases candy bars for 50 cents apiece, that same candy bar will sell for 55 cents in the concession stand.

The last time you spoke with the candy and soda distributor, he mentioned that the candy prices were going to increase by 50% by the time you place your next order. That means the booster club's cost for the candy bar will increase to 75 cents and retail at the concession stand for 83 cents. However...

If you sell 1000 of the candy bars you purchased for the current price of 55 cents, you will take in $550 with $50 of that revenue slated to help the school purchase uniforms. To replenish the candy stock, however, will cost $750. In other words, not only will the booster club not have enough proceeds to help with uniforms, it will have to kick in an extra $200 just to replenish the stock.

Clearly, such a plan would not be advisable. Rather, the current stock of 50 cent candy bars should be sold at some price over 75 cents, allowing the booster club to replenish the stock without dipping into the school uniform fund. However, by doing so, the booster club is adding at least a 50% markup on the current stock – do you refer to that huge markup as raking the consumer or ensuring future stock?

Your volunteer position as treasurer of the booster club has placed you in the unenviable position reserved throughout time as being right alongside witches, conjurers, prostitutes, and snake-oil salesman: that position is vilified under the name speculator.

As you can see, one need not be ensconced in an investment house to hold the position of speculator. Anyone who's job is setting current prices has to be a type of speculator. The price you offer to the consumer must be sufficient to cover current expenses and replenishment of your stock OR it would be better for your organization not to offer the goods or services at all. 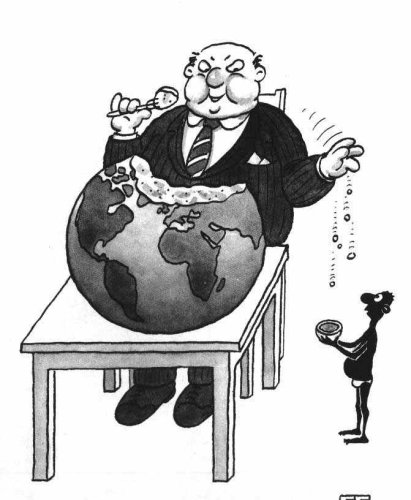 By using the oft-vilified craft of speculation, however, you ensure the future availability of stock.

In the commodities markets, speculators typically practice their craft as a full time trade. They must use all their resources to gather information about the future of commodities (supply and demand), interpret that information, and use their expertise to forecast (speculate) on the price of commodities in the future. If their calculations are incorrect, they lose money. If, however, they correctly prognosticate the price of commodities they make money. It's that profit (disregarding any losses) that has led politicians and other economic illiterates to castigate the speculator throughout history.

The commodities speculator plays three very important, beneficial roles in the market. First, they aggregate the future supply and demand information. Second, as our previous example shows, they ensure the future availability of stock. Third, their willingness to buy and sell at various price levels provides key information to entrepreneurs about taking risks and providing suitable substitutes to the commodities being traded.

For example, in recent months (years, actually) oil speculators have been raked over the coals for having the gall to trade oil. Recently, Democratic Senator Harry Reid announced that the US Congress will target oil speculators in an attempt to “end speculation in the oil markets.” The uneconomic sense on capital hill is that somewhere around 30% to 50% of the price of oil is due to speculation.

In other words, just as you did with candy sales in the concession stand, oil speculators have garnered information that leads them to believe that it will cost 50% more than Harry Reid thinks to ensure future oil supplies.

Therefore, the current price of oil is not some arbitrary price set to rake the customer, it is the price that the aggregated wisdom of thousands of traders around the world who specialize in knowing what they are talking about has determined will ensure the future replenishment of oil stocks. It really is that simple and to deny it is to deny the fundamental laws of economics.

However, there is one more very important role the speculator plays. By meticulously researching the oil market and ensuring the liquidity of oil and oil stocks at a price approaching the consensus replenishment price, speculators have (quite unintentionally) shown entrepreneurs who have an inclination to develop alternative energy sources or squeeze more energy out of existing sources that their plans will most likely be profitable.

If, as Reid and his merry band of economically-ignorant counterparts suggest, the price of oil is 30-50% higher than it would be sans speculation, then, not only would the availability of future stocks be threatened, but the current research and development of suitable substitutes would be delayed until oil was not available for purchase at ANY price. Remember, just as with the concession stand, if the sales price does not cover the cost of replenishment, it is better not to produce at all! 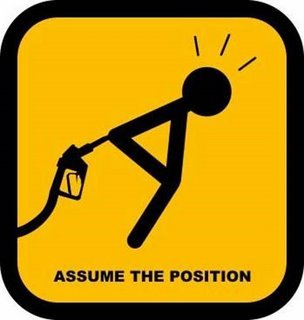 So, there you have it. Rather than re-examine the D.C. proclivity to play Civ II in the world's oil fields, inflate the monetary base, subsidize food-to-fuel programs, and cock-block any attempt to find new sources of hydrocarbons and build refineries, generation plants, and wind farms, Reid et al have turned to the medieval practice of blaming sorcery, witchcraft, and speculation for economic ills. In doing so, he is threatening to ensure that we will soon remember fondly the “good old days” of cheap, $4 gas.
------------------------------------------------------------
At LRC, Bill Anderson convincingly makes the case that pols are not as economically ignorant as I would like to believe.

This analogy completely misses the point. The typical speculator is not at all interested in owning a drop of oil, not one pork belly, nor one ounce of frozen orange juice. He only wishes to capitalize on what he hopes will be an increase in the future value of that commodity, by purchasing a promise to be able to buy x amount of that commodity in the future for less than what it will then be worth; and primarily to others who are similarly disinterested in actually acquiring that commodity.

In this case, a speculator would have gone to the candy broker and offered to purchase an option to buy candy bars next year for 60 cents, since he has also heard that they will be 75 cents next year (or so he hopes). Next year he can sell his 60 cent option for 70 cents and both he and his buyer each can reap a profit. But WHY is the candy bar going to be 75 cents? I posit that without the speculative transaction, the price would not have risen beyond the 60 cents; the balance has gone to the speculators. Who's getting screwed here? The consumer AND the booster club snack bar, who not only pay for the candy, but also for the profits skimmed off by the speculators, who don't even want the candy.