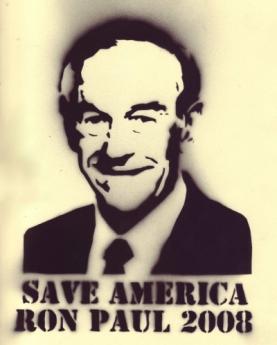 
Recently Congress passed the American Housing Rescue and Foreclosure Prevention Act., also known as the Housing Bill.  Its passage was lauded by many who are legitimately concerned about foreclosures and the housing market in our country's economy.  I was asked how I could vote against a bill to help American homeowners, but I found this bill to have more to do with helping big banks than helping average Americans.

The answer is that there is more to any bill than its name or the headlines surrounding it.  If one only paid attention to bill titles, one could happily vote for almost any bill put to a vote on the floor.  Titles do not tell the complete story of a bill's provisions, and many titles are downright deceptive and come close to emotional blackmail of legislators.  But we cannot afford to be fooled by fancy titles.  The housing bill could perhaps be more aptly named The Big Banking Bailout at Taxpayer Expense Act as large sections of it were written by big banking lobbyists according to Evans and Novak reporter Tim Carney's Capitol Hill sources.  At least that title would be honest.

Also, many of these magnanimous sounding foreign aid bills and so-called human rights resolutions have counterproductive and hypocritical language tucked into the fine print. The recent bill on China was a good example.  This resolution calls on China to hold meetings with the Dalai Lama without preconditions, when that is something our own government will not do with Iran.  How our government has the authority to tell China what to do it beyond me, especially when we demand something so hypocritical.  On foreign aid bills and legislation that on the surface seems very charitable, upon closer examination we find strings attached and a lot of manipulation of the marketplace.  Many times, these bills purport to help the destitute, but actually help multinational corporations or prop up dictators that might otherwise be deposed by their people.

The other point to take into consideration on legislation and House resolutions is that intentions are not enough.  It is not enough to want to solve a problem with legislation, and name a bill to that effect.  The crafters of the legislation need to demonstrate a clear and honest understanding of the problem, in order to put forward a realistic strategy to solving it.  Too many times, I just don't see that.  Instead I see more taxes, more restrictions, more violations of the Constitution, and more unintended consequences.

One shouldn't judge legislation based on titles, good intentions, or what someone says the bill will do.  Imagine if all the legislation in the history of this country actually did what the title of the bills proclaimed they would do.  How very different this country would be!  There would be no poverty, no drugs, no crime.  In fact if it was that easy, Congress by now would have probably repealed the law of gravity, and supply and demand as well, and replaced them with unlimited wealth and given all Americans the power of flight.  What a fanciful world our legislators live in at times!

Though I am at times accused of being mean-spirited regarding the many bills I vote against, I don't so much think of my vote as against the legislation, as much as FOR the Constitution, according to my duties as a Congressman.
source