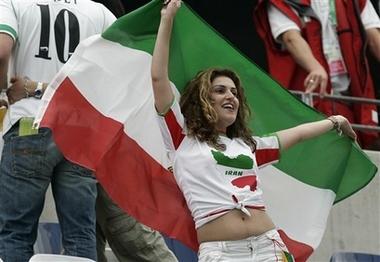 Iran’s Road Less Traveled to Nukes
By Ray McGovern
Thomas Fingar, the U.S. government’s top intelligence analyst, in a public speech on Sept. 4, repeated the intelligence community’s key judgment that Iran’s work on the “weaponization portion” of its nuclear development program “was suspended” in 2003.
Not that the Fawning Corporate Media (FCM) has exactly trumpeted this important conclusion.  One has to read down to paragraph 16 of an article titled “Reduced Dominance Is Predicted for the U.S.”, but there it is, right there on an inside page of September 10’s Washington Post.  The New York Times did not consider Fingar’s remarks fit to print.
Yet, it is the 64-dollar question—whether or not there is evidence that Iran has resumed work on the weapons part of its nuclear program since the startling judgment of the National Intelligence Estimate (NIE) of November 2007 that it had stopped.  The Post’s Joby Warrick and Walter Pincus quote Fingar as saying there is no evidence that Iran has resumed the weapons work.
For those who do not remember, Fingar was head of the State Department’s intelligence unit in 2002, when he courageously resisted the efforts of super-analyst Dick Cheney and his tool, then-CIA Director George Tenet, to manufacture—out of whole cloth—a “reconstituted” Iranian nuclear weapons program.  Despite Fingar’s resistance, that judgment appeared in the Oct. 1, 2002 NIE on Iraq’s “continuing” weapons of mass destruction programs—an estimate dubbed “The Whore of Babylon” by those intelligence analysts powerless to stop it.
Fingar, who is now head of the National Intelligence Council and supervises the preparation of NIEs and the President’s Daily Brief, spoke in Orlando at a conference organized by the Intelligence and National Security Alliance, an association of public and private sector leaders of the intelligence and national security fields.  His remarks, particularly those during his evening keynote address on Sept. 4, are well worth a read—particularly for those numerous observers who may have concluded that articulate, trenchant analysis of world trends is a thing of the past.  [[[http://www.dni.gov/speeches.htm  ]]]
In remarks earlier that day, Fingar made it clear that he had set a new tone when he took over as chief substantive analyst for the intelligence community.  No longer would he tolerate using quantity of intelligence products as a measure of effectiveness.  The intelligence he was/is determined to provide had to be, in his words, “more useful…It had to be on target...It had to be there at the right time, in the right place, with the right information, with important insights…We had to know exactly what our customers needed.”
Even if they did not want to hear it, he might have added.
The gutsy NIE of November 2007 stated that, contrary to what President George W. Bush and Vice President Dick Cheney had been saying throughout 2007, the nuclear weapons-related portion of Iran’s nuclear program had been stopped in the fall of 2003, and as of mid-2007 had probably not been restarted.
The good news was that, at the insistence of our most senior military, who realize what a debacle it would be to attack Iran, the NIE judgments were made public.  More good news: Fingar was not summarily fired.
The Bad News
Tom Fingar plays third fiddle to Director of National Intelligence Mike McConnell and his principal deputy, Donald Kerr.  It is those two (God help us) who brief the president six mornings a week with the President’s Daily Brief.  On a substantive sophistication scale of 1 to 10, Fingar is close to a 10, in my view; McConnell and Kerr are somewhere between a 3 and 4.  They spent most of their previous intelligence careers running satellites and other technical collection activities.
McConnell, while testifying before Congress shortly after being confirmed in his new job, seemed mystified as to why Israeli intelligence on Iran’s nuclear program should be more alarmist that U.S. intelligence judgments.  As for Donald Kerr, one need only read his vapid remarks before the pro-Israel Washington Institute for Near East Policy on May 29, 2008 [[[http://www.dni.gov/speeches.htm  ]]] to get a sense of how little he brings to the substantive table.
Kerr took an interestingly different line on Iran, consistent with talking points handed out to the New York Times and other FCM a few days earlier.   Rather than repeating what the NIE of November 2007 said, Kerr was agnostic about whether the Iranians had restarted weapons-related activities (“we do not know” became the phrasing).
The relevant NIE key judgment reads:  “We assess with moderate confidence Tehran has not restarted its nuclear weapons program as of mid-2007…”  (On Sept. 4, Fingar seemed to be subtly updating that conclusion to mid-2008.)
The Kerr kind of fudging makes it easier for not only Bush and Cheney, but also lesser lights like Defense Secretary Robert Gates and Joint Chiefs Chairman Mike Mullen to obfuscate on this key question.
Gates claims Iran is “hell-bent” on developing nuclear weapons.  Mullen has been more discreet.  Cheney (and presumably Bush) no doubt would like him to sound more alarmist, but Mullen and other more sober characters have settled on the curious formulation that Iran is “on a path” to nuclear weapons.
Strange path, with Iran’s weapons-related activity stopped.  At very least, it would appear to be a highly unusual “path”—one might say a Road Less Traveled to nukes.
--------------------------------------
Ray McGovern works with Tell the Word, the publishing arm of the ecumenical Church of the Saviour in inner-city Washington.  During his 27 years as a CIA analyst his duties included chairing National Intelligence Estimates and preparing/briefing the President’s Daily Brief.  He is a member of the Steering Group of Veteran Intelligence Professionals for Sanity (VIPS).
The original of this article appeared on Consortiumnews.com.