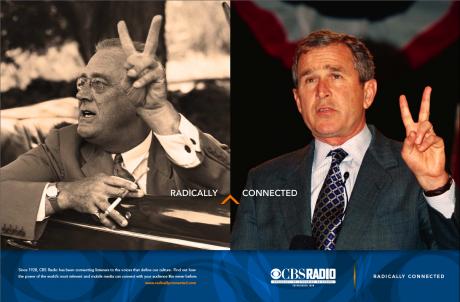 1 Comments in Response to George Bush is Finishing what FDR Started (a plan from the start?)

Hey Ernie!
Great article about George Bush finishing the job started by FDR...the RAW, er, NEW DEAL. I was noting FDR's considering Americans as enemies of the government under "Trading With the Enemy"
years ago. And I predict Bush will declare a great
"national Emergency" within two weeks, to be closely followed by MARTIAL LAW when all Hell
breaks loose as people realize how badly they are being hosed. Have you noticed some rather strange things about the DNC/GOP campaigns this year? Do you suppose the GOP all but cancelled their choreographed big show with the excuse of a distant hurricane because they were scared stiff thousands of Ron Paul supporters might march upon McCain's coronation in ways the TV cameras couldn't miss? Now McCain is suspending his campaign altogether to support the Bush/Paulson plan to socialize losses for the banksters while privatizing their profits with no oversight and no legal recourse with blank checks and multi-million dollar bonuses for fat cats who ran their companies into the ground and cheated millions of people out of equity, pensions, stock values, etc. with "off book" activities and other dubious and uethical practices. Let 'em hang! We need to impeach Bush & Co. now! NOW!
Keep your powder dry!
Make a Comment (1) • Email Link • Send Letter to Editor • View for Print