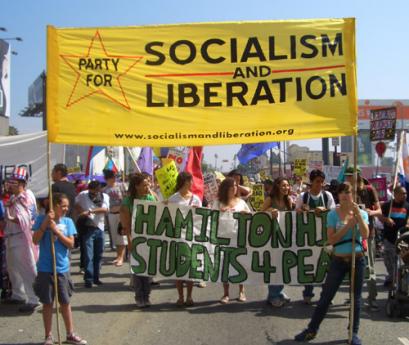 Politics is dirty. If you don’t like to use your shiny boot to kick somebody’s behind because it might get dirty, the bad guy turns around and makes mincemeat out of you. – ed sumcad

Rare is the time when writing as a littérateur rather than a journalist is more compelling. This is one of those times. The curtain just dropped on stage ending the 2008 presidential election drama … a geopolitical tragedy.

Shakespeare in Macbeth is right about Barack Obama. The conspiracy of events made him the 44th president of the United States.

On November 4, 2008 [Election Day], the great English playwright and poet had from the mind of a litterateur, risen from the catacomb of Victorian Literature [1837-1901] to rewrite Macbeth. After which the ever living literary guru of all time returned to his eternal abode, leaving an historical event that changed the political history of this country: Out of the magical legend of the time that was Macbeth, Barack Hussein Obama became the first black president of the United States, the richest and mightiest nation on the planet!

Seen in a glass darkly are events that conspired to make it happened. Like Shakespeare’s Macbeth, tragedy foretold Barack Obama’s ascendancy to the highest office of the land … amidst the background of the tragedy of trust and betrayal. If indeed he was not a natural-born citizen of the United States – as the case pending in the U.S. Supreme Court portends to show – there was a serious breach of public trust.

The mother of Shakespeare’s tragedy in Macbeth is treachery.  Witches foretold that Macbeth will be crowned king through conjuring and betrayal, but will lose his throne as soon as he gains it.  That’s not good omen for the president-elect.

For, Obama’s election to the office of the president has a strong religious connection to some phantom black radical extremists that the president-elect had previously been associated with, but had lately disowned. They hailed his victory in the electoral polls as nothing less than the coming of the Black Messiah to White House – obviously, a voodoo politics with animistic rituals involving a religious spell.

But really no one believed that fortune and power could befall overnight upon an African-American in America with such a humble beginning.

Thousands of celebrants attending Obama’s victory speech at Grant Park, Chicago, Illinois – an incredulous roaring crowd … an extremely overjoyed horde of Obama fans -- attested to that reality. In the cold of night, they danced their heart out till dawn.

National television cameras caught the faces of Jesse Jackson and Oprah among the multitude of celebrants, drenched with tears as they listened to Obama’s victory-thank-you speech. They did not only admire the Senator from Chicago but also helped him find his way up to that stage where he thanked his thousands of supporters for the long and tedious campaign they have endured months before.

Moments earlier, a group of black young women were delirious when Obama climbed up the stage. It was past midnight and they were there from 2:00 pm and 4:00 pm to get a better view of Obama, and perhaps to touch him if he was real or just a dream standing there in a starless night.

Events That Conspired To Make Obama The Nation’s 44th president:

One of these pretty young African-American women in the victory gathering in Chicago I just mentioned was asked in an interview [either by a Fox News or MSNBC correspondent] what this event meant to her, and she replied with misty eyes that it was a life-defining moment to her to see a black young man elected president of the United States.

Asked why it was a life-defining moment to her and why she was in tears, she proudly explained that she was incredulously happy because Obama is president and she would no longer have to pay her mortgage, and that she would have money to pay the rising cost of gasoline. It was on national television! [Check this out in your video recorded from your TV screen.]

Obviously, Obama’s wealth redistribution economics did resonate across the land. It had filtered down to the grassroots. Obama votes had poured in. Millions of “poor Americans” simply thought that when Obama redistributes the wealth of the land, they will have money!

Again back to voodoo economics, they didn’t mind Joe the Plumber television ad that sliced into Obama’s early lead because he was a businessman who was richer than they are. As if they expect to receive a regular check once Obama mangles the hard-earned income of the 5% rich and redistribute the “surplus” to them in a regular basis. If that was socialism, it sounded good.

Hate Seeped Down Deep In The Marrow Of The  Bone It Overwhelmed Fear:

The election was actually decided by Hate versus Fear  of the people. The main events that conspired to defeat McCain are among others, the two wars in Iraq and Afghanistan the cost of which had become intolerable, and even more costly in terms of casualties and war funding.

That Bush lied for the invasion of Iraq to put an end to Saddam Hussein’s terror and defiant harboring of terrorists to attack America, was baloney! It was not a wrong war but a correct war with 75%-95% highest approval ratings both in Congress and in the streets of America in the wake of 9/11.

Even Liberal stalwarts like Sen. Hilary Clinton, voted for it, then later on declared the war illegal when it became unpopular. Opportunists always have their day when opportunity presents itself. First to grab when it appears, and first to opt out if starts to disappears.

The war became unpopular when strong enemy resistance in the Middle East turned Iraq into a long and protracted engagement and casualties started to count in and resources started to drain. When the economy is souring it tastes like vinegar to Americans who couldn’t pay their mortgage, disapproval of the war in Iraq turned into intense hate of the Bush administration. Its negative impact on the presidential election that concluded its trail the other day was mind-boggling!  Obama has nothing to do with it.

Notice that in the campaign trail, all what Obama and his entourage did was just blame their problems on Republicans like John McCain, and voters, especially millions of the “undecided” bought it like a hot bargain sale in a candy store.

America was hurting. There is no doubt about it. Even if Obama lied by pointing a finger to McCain as the cause of their troubles, the people were so angry they could not hear the lie of a kicking donkey or the incongruity of a glib socialist. All the people want is change … even just a promise of deliverance from the rising cost of gasoline and healthcare.

Against the backlash of this hate syndrome that enveloped the land, over 60% of Americans fear terror would strike again if Obama is elected president.  If voters were driven by this fear at the moment they finally decided to vote, they would have voted for McCain because they believed McCain was experienced and more dependable than Obama. But they were not “guided” by the McCain campaign towards that end.

To people who are enraged, national security is the last thing they would care about. Fear flies out of the window when one is mad about something.

I would like to stress this point more clearly: When one is stricken with anguish and convulsing with disgust and aversion, fear has no space in the heart and mind of the hateful.  In fact it was bad feelings and raw hate of the average American against the eight years of the Bush administration that propelled Obama’s electoral landslide over McCain.

Had McCain been able to harness this anger and bounce it back to Obama by redirecting the attention of the public to Obama’s “unsavory” past, McCain and Palin would have been the ones taking their oath of office as president and vice president of the United States, respectively, come January 2009.

Unfortunately, McCain has always been known to be a gentleman and to him to engage in mudslinging, is dirty politics.

McCain And His Campaign Conspired To Defeat Themselves:

Politics is dirty. Don’t suffer a delusion that it is not. It is bad luck to play nice guy against a bad guy in a political combat to the finish.  Millions of Americans who would have voted for McCain thought McCain did not want to win the election – he wanted to win the title of America’s Mr. Congeniality!

Too much trust was put on the conduct of a clean election that was betrayed by the exhibition of “dirty” ads that lied.

Some disgruntled “undecided voters” who finally went for Obama at the eleventh hour, even ventured to conclude – and for a good reason – that to be called “Mr. Nice” is obviously more important to McCain than to be called President of the United States!

And this proved to be McCain’s own undoing!  In a Republican rally in Ohio, an elderly woman told McCain she doubted that Obama was American. McCain snapped back telling the woman that Obama is American and that “he is a decent man”. McCain supporters believed that anyone who lies about his past is not decent at all.  They felt betrayed.

That was how McCain added one more nail to his coffin of defeat.

Clearly, his questioned past made Obama the bad guy in the election contest. “Immaculately clean politics” does not exist.  Both the McCain campaign and the Obama camp deceived the public when they declared that their campaign ads told the truth. These ads truthfully put in print real deceit and genuine falsehoods.

But the biggest opportunity lose was when McCain and his campaign strategists decided to hold on to their shiny boots.  They did not use them to kick somebody’s dirty behind for fear of getting soiled.  Because of his reported alien birth and long years of associations with “hoodlums” and “terrorists” like Toni Rezko and Bill Ayers, respectively, Obama has been perceived by millions of McCain supporters as the “Bad Guy”.

In the final analysis, the 44th president was installed by the conspiracy of those events.  In Macbeth, sorcery put a king on the throne and lost it as soon as he had it.

Viewed from the unfolding pages of literature as Macbeth was and will always be such a masterpiece – a story of pathos … trust and distrust, deceit and deception, of treachery and betrayal -- the curtains dropped and the light faded out on stage featuring the 2008 presidential election – a geopolitical tragedy of our modern time. #

The writer is an award-winning journalist. Go to NWS homepage, click on the columnist button to know more about the author or you may e-mail your comment at ed.superx722@yahoo.com.sg

Getting elected is only one step towards the American Presidency. Proving your eligilibility is yet another. With this kind of Baggage it may be even more diffilcult. Sweraing in by our chief justice my be hard to come by.