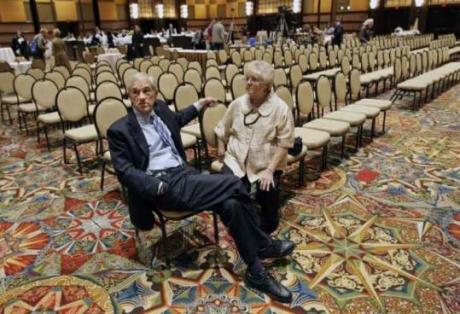 by Ron Paul
As another year draws to a close, there are some important transitions ahead of us.  Not just transitions to a new administration, but also economically, politically and culturally.

Many hoped that the changes would signify overwhelming positive steps for our country, and that we would enter a new era, as promised during the campaign.  I would like for this to be true, but based on the continuity so far, I would not be surprised to see America stay on the same course of failed monetary and economic policies.  The course has been set for several decades, and in reality there is little the new administration could do to fix things without actually making them worse.  But I expect them to try.  The only real solutions involve allowing the market to liquidate the debt and malinvestment.  The political reality is that this is not going to happen.

Through the coming months and years, our nation will find itself at many crossroads, as all manner of socialist, corporatist, protectionist and nationalist initiatives will be thrown at the economy to see if anything will reflate it.  Some of these so-called fixes will be enacted amidst much outcry, as with the $700 billion TARP bailout, which the public was right to oppose.  About half of that money is gone without a trace, with no accountability, and the economy is no better off for it.  Others, such as the proposed new $800 billion plus economic stimulus the new administration is already clamoring for, might have limited public support, as many will find the prospect of receiving a government check a little too tempting to object to.  After all, Wall Street got a bailout.  What about the little guy?  Everything will be attempted by government in the short run to remedy the worsening situation – everything, that is, but freedom.  Therefore everything attempted will fail.  Unfortunately, government will continue to consolidate and abuse power at an accelerated pace.  Government will get bigger, in the short term, and as monetary policy goes from irresponsible to absurd, I have every expectation that we will soon shift from some prices falling to an inflationary nightmare.

But there is hope.  As all these attempts fail, more people will demand freedom, and see that it is the only way.  Government can only get so big before the country goes broke.

It is regrettable that we keep forgetting what history has shown over and over to be true, because truly, it is a hard and destructive lesson to keep learning.  Perhaps it is just something that every generation has to learn for itself.  The political and cultural changes that come from these economic transitions will be key to the direction and quality of life for future generations.  But I am hopeful because of the strength of the American people and the increased number of voices recognizing that liberty really is the only way to peace and prosperity.
source