Yesterday, I noted that President-elect Barack Obama gave us laymen a simple definition of a Liquidity Trap(tm). In examining that statement, I made the following observations:

- Producers use prices to determine what inputs to use in their products.

- Consumers use prices to determine their demand.

- The price mechanism transmits the consumer demand through all the various stages of production.

- We can calculate aggregate demand by summing the total number of things sold times their prices.

We left off with two questions:

1) Why would anyone need to calculate aggregate demand?

2) What does aggregate demand have to do with President-elect Obama's Liquidity Trap(tm)?

Before answering those questions, let me say that, if you are in or will take an economics class, the things I discuss here in Part II are not the approved answers. In all likelihood, your professor will refuse to acknowledge that a can of tuna, a tractor, and a steel rolling mill are three separate and distinct things. To dare suggest the differences exist in the context of macroeconomics will get you labeled uninformed and rewarded with a failing grade.

In choosing to make a product, the manufacturer is making a conscious calculation that the price he will receive in selling the product is greater than the cost of all the inputs. The evidence of this is in the very existence (or non-existence) of a product by a certain manufacturer. Similarly, the existence of an investment is evidence of a conscious calculation on the part of the investor that the investment will return more than what was invested.

You can see that, in these calculations, a certain amount of guess-work is required. Good guessers are rewarded with profits, bad guessers with losses. Over time, the best guessers thrive while mediocre and bad guessers find other lines of work, usually in government.

Note that though the best guessers may use historical macroeconomic trends as one of many inputs in estimating the current and future general business environment, no one takes a sizable position in Sea Monkeys based on the 2007 GDP. Some boats no tide can float. 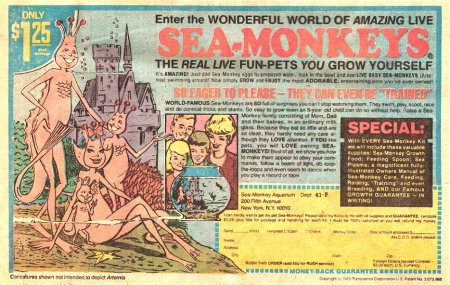 Rather, the great Sea Monkey corner of 2009, if one develops, will be purely based on the investor's estimation of future Sea Monkey prices compared to their trading value when the position is put on, regardless of the current and future general business environment. 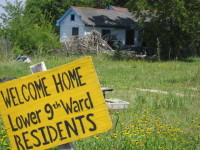 The purpose of aggregate demand calculation is to justify government intervention in the economy. It serves very little useful purpose beyond that (mainly academic).

In other words, macroeconomic policies are enacted to reallocate resources using measures of data that say nothing useful about the allocation of resources.

Expanding President-elect Obama's Liquidity Trap(tm) definition from yesterday to include the entire statement gives us the context.

"There is no doubt that the cost of this plan will be considerable. It will certainly add to the budget deficit in the short-term. But equally certain are the consequences of doing too little or nothing at all, for that will lead to an even greater deficit of jobs, incomes, and confidence in our economy. It is true that we cannot depend on government alone to create jobs or long-term growth, but at this particular moment, only government can provide the short-term boost necessary to lift us from a recession this deep and severe. Only government can break the vicious cycles that are crippling our economy –- where a lack of spending leads to lost jobs which leads to even less spending; where an inability to lend and borrow stops growth and leads to even less credit." (emphasis added)

Yesterday, I gave you a simple formula for calculating the measure of aggregate demand called Gross Domestic Product (GDP).

where C is consumption, G is government spending, I is investment, and X is exports less imports. This is the fomula Barack Obama is working from. Restating, “Because money creation mucked with the calculations, C, G, and I were pushed to unsustainable levels. Now that you are reallocating resources based on better information and lowering C and I, we must increase G to keep GDP from falling. Because, if GDP falls, C and I will fall even more leading GDP to fall more also.”

And that, my friends, is the Liquidity Trap(tm). It sounds plausible, except for one nagging detail. 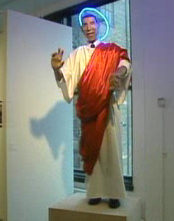 Since the net effect on GDP is zero, the purpose of “only government can” is, again, to counteract the microeconomic decisions made through conscious calculation by using measures which say nothing useful about the allocation of resources.

To this point, Keynesian and classical economists will say, “yeah, so?” That is because, as I indicated in the warning, they do not differentiate between tuna and tractors.

Right now, in this correction, massive resource reallocations are taking place. Labor, physical plants, commodities, and equipment are in the process of being realigned to meet future expectations of demand. Individual actors are consciously making major changes to the entire structure of production.

Diverting those resources to government spending may or may not produce a useful return. If it does, it's purely by chance, since the data being used says nothing useful about the allocation of resources. But, the guaranteed result is that the structure of production will be inadequate to meet future demand.

Mr. Obama wants to enact a “cow fart tax”. That guarantees that the demand for milk and beef will be unmet. Mr. Obama wants to divert resources to alternative energy sources of his choosing. That guarantees the demand for regular fuel-burning vehicles and the fuel for them will not be met. I understand that that is the purpose of that diversion, but don't pee on my leg and tell me it's raining.

By entrenching labor in Detroit factories, producing cars that people don't want to buy, you are preventing that labor from being employed building products people do want to buy. Ask people in Zimbabwe and Venezuela what it's like to have lots of money and nothing to buy.

At the same time, all these government diversions are skewing the price mechanism. Remember that aggregate demand is the sum of all the different items purchased times their price. So, it is the nature of an efficient allocation of resources that production will increase meeting more demand, but the GDP may fall as prices go down. Output and real wealth would have increased, but, by the “justify government intervention” statistic, the economy would have contracted.

So much for the Liquidity Trap(tm) unicorn.

Intervention in the reallocation and repricing of resources is what prolonged the Great Depression and it is exactly what will prolong this much-needed correction.

“Only government can”, Liquidity Trap(tm), and aggregate demand are part and parcel with “it's for the children” and “trust me”. Whenever you hear any of those phrases, hold your wallet and back carefully but purposefully out of the room. Somebody's getting mugged, and, if you're not the mugger, you're the muggee.

President-elect Obama is just another in a long line (change) of politicians who justify their existence by creating crises; by no stretch do I mean to suggest that he is any better or worse than George Bush or any other bureaucrat. His remarks are nothing but a convenient opportunity to illuminate the ways in which bureaucrats steal and destroy your wealth.

1 Comments in Response to The Myth of Aggregate Demand, Part II

Now assume that an economy and its associated rules and regulations is structured in such a way that a larger and larger percentage of the wealth and  income goes to an ever smaller number of people.  (In fact, one very much like ours)

Clearly such a system is not sustainable.

Exactly how would you suggest that such a system be changed?  Or do you think that it does not need to be changed.