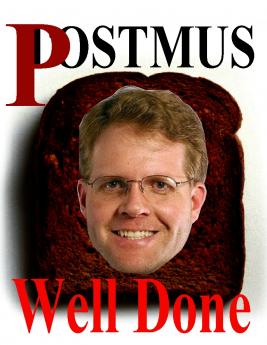 From Revolt in 2100 by Robert Heinlein
“When any government or any church for that matter, undertakes to say to its subjects, “This you may not read, this you must not see, this you are forbidden to know,”the end result is tyranny and oppression, no matter how holy the motives. Mighty little force is needed to control a man whose mind has been hoodwinked; contrawise, no amount of force can control a free man, a man whose mind is free. No, not the rack, not fusion bombs, not anything – you can't conquer a free man; the most you can do is kill him.” Revolt in 2100 is about a revolution against an evangelical religious state that using disinformation, coercion, and deceit took over America. The good guys are pro-freedom and in the book you see them carry out the restoration of real American government. The bad guys use torture, absolute monitoring, and the force of a state that has rewritten history to control the American people.
Written in 1939 the book was read widely by those in now in the freedom movement, that movement from which such individuals as Karl Rove, Grover Norquist, Newt Gingrich, John Fund, among others originated. Heinlein was writing a juvenile science fiction yarn using elements he perceived as potential and threatening to our freedom. That take over worked. The elements present today with the attempted use of biometrics, as applied to the Real ID, the monolithic control reinforced by the evangelical no-think churches, and the routine use of torture and construction of American concentration camps are hauntingly like what you see in the Heinlein novel.
All of the individuals above grew up on science fiction. Heinlein, a libertarian, was the Grand Master of that genre. This is most probably the origin of the approach used to subvert power in America and hand control over to those who lurk behind foreign corporations tied to the military-industrial complex, banking, Big Oil, and Big Pharma. Those interests are the clients that Rove and these others named serve. Among those corporations are many that are closely and privately held. Instead of the transparency that, on paper, we as Americans were guaranteed, we see only lies and a closed door.

The individuals named took as their model what science fiction fans would call, “the forces of darkness.” Today they continue to work for the same employers as they continue to use the Republican Party to divide America.

The Republican Stimulus Package: War
On Friday afternoon, January 16th, at 1:30 p.m., Congressman Joe Baca (D-43) hosted the first coalition of its kind to respond to Obama's challenge to stimulate the economy. Baca invited elected officials from both San Bernardino and Riverside Counties to sit down and discuss how the funds could be used to rebuild the badly decayed infrastructure in their area. The two counties, also commonly known as the Inland Empire have been the most heavily impacted by the meltdown in California. Foreclosures, lost jobs and despair light up the phones of food banks and in the offices of public officials every day.

The cost of the Obama Stimulus Packages is high. The President has asked that billions be alloted for projects that rebuild desperately needed infrastructure while providing jobs lost during the last administration. But the same congressmen supported war in Iraq that destroyed the infrastructure of that country and cost far more. They also supported the exportation of American jobs to third world countries, placing many Americans out of work. They oversaw the administration of Federal funds that paid billions to companies building infrastructure, here and abroad, that are failing. Accountability and quality control have been non-existent.

The bridge which collapsed on Interstate 35 in Minneapolis in Aug., 2007 is just one example of a [problem of which many remain oblivious. The accident in Minneapolis killed 13 people and sounded a wake up call focusing attention on deteriorating infrastructure which cost millions to construct and billions to replace. Accountability for faulty construction is non-existent. Across the country, contractors involved figure among those who donate to Congressional campaigns, either directly of through their agents.

Simultaneous to the debate on the funding of the Stimulus Packages the Inland Empire witnessed the exposure of Bill Postmus, San Bernardino County Assessor. Postmus has long been known to idolize Karl Rove.
Postmus faces felony charges of drug possession. The disgraced Republican is under investigation by the District Attorney's Office for political malfeasance. $250,000 has been budgeted to pay the law firm retained to conduct the investigation. A recall petition by a broad spectrum of individuals and organizations will file a "Notice of Intention to Circulate Recall Petition" at the San Bernardino County Registrar of Voters office on Fri., Jan. 30, 2009. There will be a press conference in front of the Registrar's office at 4:00 p.m.
Ordinary Americans are fed up with divide and profit politics.

The Stimulus Package meeting of January 16th was attended by local officials who represented both major parties. The focus of their concern was their district and the needs of their constituents. Former California State Senator Don Rogers, a respected member of the Republican delegation, said of the Postmus indictment, “We need to clean our own house first. The man should resign and other Republicans should make sure that happens.” Anthony Adams, Republican County Chairman for San Bernardino has joined the call or Postmus to step down and save the millions a recall will cost.

Calls to the DC offices of the five Republican produced five press secretaries who were out to lunch or otherwise unavailable. Of the messages left none has been returned.

Since the November election Republicans have confronted the need to take back their party. Taking it back brings into sharp focus from whom, bringing us back to the names above.

Locally both Republicans and Democrats agree in large that changes are necessary. They know money is in short supply and should not be wasted. Paul Pugh, the COO of Sequoia Valley Resource Corporation, who has worked in the Inland Empire said, “Politics has no part in this kind of decision. We need objective standards. And we need absolute accountability. We have the products to do the job. They cost no more and give us the same number of jobs locally. The age of greed is over.” Pugh is a life long Republican who also expressed concern for the direction his party has taken over the last decades. H proposed the following standard,

Stimulus funds should be granted only to companies that agree to:

High standards for quality for project longevity and durability in accordance to the guidelines provided by studies of technologies now available across the world. Products exist and can be used that reduce the carbon footprint at least 25% during construction. Longevity for high dollar projects must use only products that extend longevity to a millennium.

To ensure that happens it is reasonable to exclude from consideration companies who have previously done work that failed the new standards.

Much is in motion. Will the Inland Empire exact accountability from Bill Postmus? Will Republicans meet the challenge to come together, despite the Republican delegation to Congress? The answers are coming and Robert Heinlein would have much to say if he still lived.