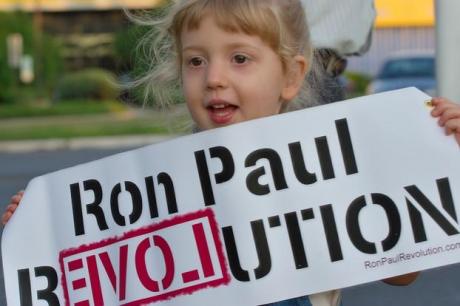 I have recently had several opportunities on various news programs to discuss the economy and what is wrong with the so-called economic stimulus package.  I have said over and over what we shouldn’t be doing, and now I’d like to explain what we should be doing.

But to improve the situation, you must first have a solid grasp of how we got here.  Government policies and central planning created the housing bubble, now going bust.  About a decade ago the government made expanded homeownership and affordable housing a public goal.  Through Fannie Mae, Freddie Mac and the secondary mortgage market the government incentivized creative, low down-payment, more widely available mortgage products, and discouraged the market-proven lending standards of the past.  The Federal Reserve kept interest rates artificially low, which added more fuel to this fire.  Many related sectors temporarily flourished because of this, and many people got into homes they otherwise could not have afforded.  The increased demand for housing sent prices soaring until in many markets housing became even more unaffordable, necessitating even more creative mortgages, and impossibly leveraging homeowners.   Many risky investment vehicles such as mortgage-backed securities, derivatives, credit default swaps grew out of this unsustainable situation.  As the foreclosures began, the house of cards started to tumble.  Too many people have confused the symptoms and the pain of the bust with the problematic policies that caused the bubble, which is really what needs to be treated.

First of all, just as the best cure for a hangover is not to drink so much, the best cure for a recession is a recession.  It is time to sober up and return to free market sanity, risk and reward, supply and demand, without political intervention.  Politicians are good at catering to the needs of special interests, but very bad at determining what needs to take place in the market.  Government should stick to punishing fraud and enforcing contracts.  When they use the tax code, bureaucratic departments and their manipulative rules and regulations to dictate social and economic behavior, we end up with distortions and malinvestments.  Bailing out banks, continuing failed Fed policies and strapping the taxpayer with toxic debt will worsen the pain, and punish the innocent.

If Congress really wanted to do something helpful, it would cut taxes.  Ideally, we would repeal the income tax altogether and get the IRS off the economy’s back, which would be a huge boon.  We should also cut spending.  Cut every unconstitutional department and program, every wasteful governmental encroachment on the people’s liberty and money, starting with our massive overseas empire.  The cost of our empire is bringing us to our knees, just as the Soviets’ empire did to them.  Congress should also abolish the Federal Reserve and take back its responsibilities to ensure sound money, safe from the manipulations of powerful banking interests.

These things would constitute real change, real economic stimulus.  The plans being bandied about Washington are just more of the same.  As long as no one seriously considers the cure, we are unfortunately destined to prolong the disease.
source