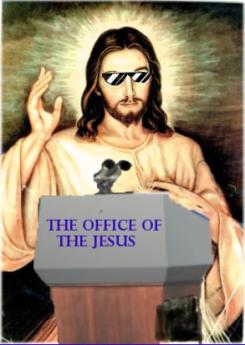 by Ron Paul
President Obama signed an executive order last week continuing the faith-based initiatives program created by former President Bush.  When the program was created, I warned that giving taxpayer money to private religious organizations would eventually lead to political control and manipulation of them.  This week has provided some evidence that this was a justified concern.

The logic behind funding faith-based initiatives seemed reasonable to some.  Private organizations are much more effective in charitable endeavors than government programs and bureaucracies.  Therefore, why not “outsource” some of the government’s welfare-state activities to these worthy organizations?  This appealed to many conservatives, especially after the follow-up executive order exempting recipients from discriminatory hiring laws, which assured many that taking federal funds would not jeopardize their control over their own operations.  But beware the government program started under an administration you like, for it may look a lot different under the one you don’t.   Exemptions that Bush gave, Obama can take away.

But now, dependencies on federal money have been set, operations have been expanded accordingly, and many charities are waiting breathlessly for the administration to tell them what new conditions they will have to meet.  With the stroke of a pen, religious charities might not be able to take into consideration a job applicant’s faith, sexual orientation or lifestyle if they wish to remain eligible for that taxpayer money that was so enticing a few years ago.  Similarly, if FOCA (Freedom of Choice Act) is passed, will Catholic Church hospitals be forced to offer abortion services to retain their federal funding?  Can they remain solvent without it?

This is the major problem with basing a private business model on the receipt of government funds.  This money does not come without control, or the future possibility of control.  We are seeing parallel control grabs in industries that have recently been the recipients of taxpayer largess.  Government officials are now discussing executive compensation on Wall Street, banking, and in the auto industry.  How much is too much to pay someone?  When is a bonus deserved?  But because politicians have bought their way into these industries, these are now political decisions.  It is easy to utilize class envy to whip up public support for these interventions, but government always slides down the slippery slope.   Politicians are also discussing other aspects of these businesses in which they are not expert, such as, what should lending standards be?  What sort of cars should we direct the auto industry to make?  Once government money infiltrates a balance sheet, “taxpayers” meaning “politicians” have a say in how you operate.

Money is the Trojan horse that government uses to infiltrate and infect organizations.  Funding that, on the outset, is designed to strengthen and support, will bureaucratize and regulate in the end.  It is sad to see charities now having reason to focus on lobbying, regulatory compliance and paper pushing to get and retain money taken by force, rather than beefing up private, voluntary fundraising activities.  Those tempted to join Washington’s ongoing bailout bonanza should instead take the famed advice of former First Lady Nancy Reagan on the acceptance of harmful and addictive substances and “Just Say No” to government money.  This is the best protection from government control.
source

French police declare they are no longer participating in lockdown