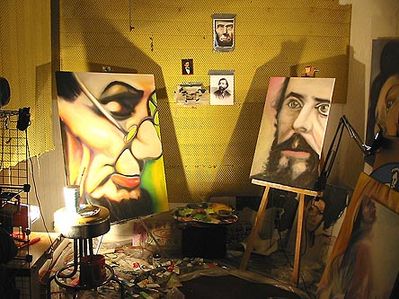 In Doris Kearns Goodwin’s outstanding book, Team of Rivals she closes with a quote from the great author Tolstoy on the greatness of Abraham Lincoln as follows: “I have no doubt that Lincoln will be the conspicuous figure of the war”, predicted Ulysses S. Grant.  “He was incontestably the greatest man I ever knew.”
The poet Walt Whitman felt much the same. “I have more than once fancied myself,” Whitman wrote in 1908, “the time when the present century has closed, and a new one opens, the men and deeds of that contest have become somewhat vague and mythical.” He fancied that at some commemoration of those earlier days, an ancient soldier would sit surrounded by a group of young men whose eyes and eager questions would betray their sense of wonder. “What! Have you seen Abraham Lincoln and heard him speak – and touched his hand?” Though conceding that the future might decide differently about the prairie President, Whitman had no problem speaking for his own generation, “Abraham Lincoln seems to me the grandest figure yet, on all the crowded canvass of the nineteenth century.” Even Whitman might have been amazed by the scope of Lincoln’s legacy by the time the new century arrived.
In 1908, in a wild a remote area of the north Caucasus, Leo Tolstoy, the greatest writer of the age, was the guest of a tribal chief “living far away from civilized life in the mountains.” Gathering his family and neighbors, the chief asked Tolstoy to tell stories of the famous men in history. Tolstoy told how he entertained the eager crowd for hours with tales of Alexander ,Caesar, Frederick the great, and Napoleon. When he was winding to a close the chief stood and said, “But you have not told us a syllable about the greatest general and greatest ruler of the world. We want to know something about him. He was a hero. He spoke with a voice of thunder; he laughed like the sunrise and his deeds were strong as the rock…his name was Lincoln and the country in which he lived is called America, which is so far away that if you should journey to reach it you would be an old man when you arrived. Tell us of that man.”
“I looked at them” Tolstoy recalled, “and saw their faces all aglow while their eyes were burning. I saw that those rude barbarians were really interested in a man whose name and deeds had already become legend.” He told them everything he knew about Lincoln’s home life and youth…his habits, his influence upon the people and his physical strength. When he finished, they were so grateful that they presented him with an Arabian horse.”

Successful in getting a large photograph of Lincoln,   ”recalled Tolstoy.  As he handed it to the rider, he noted that the man’s hand trembled as he took it. “He gazed for several minutes in silence, like one in a reverent prayer, his eyes filled with tears.”

Tolstoy went on to observe, “this little incident proves how largely the name of Lincoln is worshipped throughout the world and how legendary his personality has become.  Now, why was Lincoln so great that he overshadows all other national hero’s?

He really was not a great general like Napoleon or Washington; he was not such a skilful statesman as Gladstone or Frederick the Great. But his supremacy expresses itself altogether in his peculiar moral power and in the greatness of his character. Washington was a typical American, Napoleon was a typical Frenchman but Lincoln was a humanitarian as broad as the world. He was bigger than his country bigger than all the presidents together. “We are still too near his greatness, “Tolstoy concluded, “but after a few centuries more our posterity will find him considerably bigger than we do. His genius is still too strong and too powerful for the common understanding, just as the sun is too hot when its light beams directly on us.
“Every man is said to have his peculiar ambition,” the 23 year old Abraham Lincoln had written in his open letter to the people of Sangamon County during his first bid for public office in the Illinois State Legislature.
”Whether it be true or not, I can say for one that I have no other ambition so great as that of being truly esteemed of my fellow man by rendering myself worthy of their esteem. How far I shall succeed in gratifying this ambition, is yet to be developed.
With his untimely death, A. Lincoln had come to seem the embodiment of his own words – “With malice toward none; with charity for all.” As it was uttered in his second inaugural.  As Secretary of War Stanton said at his death bed, “Now he belongs to the ages.”
But there is one far greater than Lincoln, or even King Solomon.  Doctor Luke spoke of Him, that one who is The Great Physician, in these time honored words -  The queen of the south shall rise up in the judgment with the men of this generation, and condemn them: for she came from the utmost parts of the earth to hear the wisdom of Solomon; and, behold, a greater than Solomon is here. His name is Jesus, the Lord’s Christ and the only Savior of the world - and it shall surely come to pass as the Prophet Isaiah predicted - He shall not fail nor be discouraged, till he have set judgment in the earth: and the isles shall wait for his law.
To receive The Trumpet newsletter on-line, the voice of the unregistered church movement in America, contact us at drgregdixon@earthlink.net. If you have before and have not heard from us, contact us again, we have had internet problems.
Thanks.

1 Comments in Response to A Greater Than Lincoln

One very interesting thing about this editorial is in the second last paragraph, last line. The word "isles" is generally understood to mean all areas of the world that were, at the time, unknown, or not under strict Roman domination. This would include the lands that have become the United States of America.

Fireside Chat Ep. 174 -- A Dialogue About God and Ayn Rand

If Christians Are to Survive, They Must Leave the Church and Form Small Christian Collectives