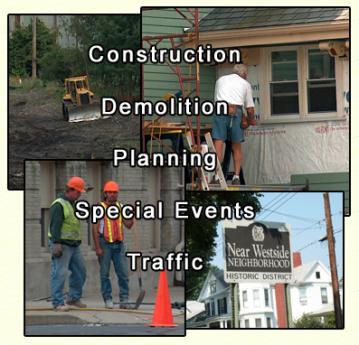 What is not prohibited requires our permission.
Phoenix -- The Goldwater Institute filed legal claims today against Maricopa County totaling $20 million on behalf of more than 175 property owners. The compensation claims were filed under provisions of Proposition 207, the Private Property Rights Protection Act, which requires government to compensate property owners when it passes laws or rules that reduce existing property values.

In 2004 the Arizona Legislature passed a law requiring Maricopa County to implement a series of building and development restrictions on land surrounding Luke Air Force Base. The county believes the law is illegal for a variety of reasons and in 2008 took the state to court to have it thrown out. Pending an outcome in that lawsuit, the county issued a moratorium on building permits in the "Clear Zone" and other areas adjacent to the base.

The moratorium has caused severe reductions in property values--95 percent for vacant lots that were already zoned for housing and 50 percent for lots with single-family homes already built--and has prevented homeowners from doing simple renovations.

Residents in restricted areas are being denied permits for maintenance and upkeep of their existing homes including the installation of pools, fences, and standard repairs on plumbing and electrical work. For example, Robert Landers, a six-year Air Force veteran, has been denied a permit to install a therapeutic spa his doctor prescribed as a precursor to surgery.

"The county is stuck between a rock and a hard place," said Ms. Sitren. "On one hand it's being forced by the state to limit these people's property rights, but on the other its moratorium is overly broad and unnecessary. The people of Arizona spoke loud and clear when they passed Prop 207 by a two-to-one margin in 2006. If the government takes away the value of someone's property, the owner must be compensated."

Filing a claim for compensation is the first step in a formal Prop 207 lawsuit. Today's claims were filed with the Maricopa County Board of Supervisors by the Goldwater Institute Scharf-Norton Center for Constitutional Litigation. The county has 90 days to respond to the claims, and can either repeal the moratorium, grant waivers to property owners, or pay the requested compensation.

The Goldwater Institute is a nonprofit public policy research and litigation organization whose work is made possible by the generosity of its supporters.