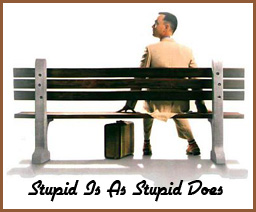 This week, Congress and the administration once again showed their lack of economic understanding, as they ramped up spending to record levels.  On the surface, maybe it does look to some like the economic crisis is a liquidity problem, that the economy is in trouble because money is not changing hands at the pace it once did in the boom years. They believe that to get back to a booming economy money needs to start changing hands again – and the quickest way to do this is for the federal government to massively expand spending to pump new money into the system.  If this is the extent of their understanding, no wonder they call for spending, taxing, bailouts and inflation.

If spending was the solution, we never would have had a problem.  During the last eight years, we’ve blown up the size of government and certainly had no want of spending on foreign or domestic policy.  The Bush administration increased spending almost 20�n its first term, and nearly doubled the national debt by the end of the second term.  Certainly the case cannot be made that lack of government spending created the problem or can be the solution.

This is mirrored in American households.  According to CNN private sector debt is 365�f private sector gross domestic product.  Many relied simply on steady and continued increase in home values to enable spending and secure more debt.  That trend has proven unsustainable and many Americans are adjusting their finances accordingly.  For the first time, household debt is beginning to fall as consumers wake up to the realities of paying off debt and living within their means.

Wouldn’t it be great if the government would do the same?

A lot of capital and liquidity is out there waiting in the wings as the new administration is bringing about government uncertainty, a concept discussed by Robert Higgs as prolonging the Great Depression.  In other words, it is a foregone conclusion that government will act.  But, like a chicken with its head cut off, no one knows which way it will run, just that it will flail about wildly until it collapses.

Why start a business, when businesses could face the brunt of an increase in future taxation?  Similarly, why hire a new employee if tax policy will just force you to fire them later on to stay afloat?  Why buy a house, when you have no idea how future government meddling in the housing market will affect its value?  Why spend at the shopping mall, or buy a new car when you don’t know how tax policy will affect your family budget, or if your job will come under the axe because your employer’s tax burden is increased?

I argue these kinds of questions and concerns contribute to the weakening economy.  This type of tax policy keeps capital out of third world nations, and now is keeping capital in hiding here in the US.  People are concerned about security and savings again, retrenching their household and business budgets.  The economy could be helped if the government would just get out of the way and restore sound monetary and fiscal policies.
source