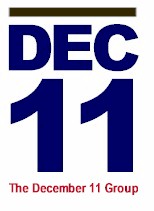 In a speech to the 2009 Liberty Forum being held in Nashua, NH this weekend, David F. Nolan said that the prospects for increased liberty in the United States are “very poor” for the foreseeable future, and announced the launch of a new organization to help preserve individual rights “at least in a few states.”

Nolan is generally considered the principal founder of the Libertarian Party, and a spokesman for the party's “hard core” members. In his speech, Nolan described the U. S. as taking a course like a downhill skier; zig-zagging left and then right, but always moving downhill. “It is clear to me,” he observed, “that the great majority of people in this country do not really want liberty, and we should focus our efforts over the next few years on protecting the lives and liberties of those people who do want it.”

He suggested that liberty-lovers should “cluster” in relatively freedom-friendly states like New Hampshire, Wyoming and Arizona, “where the spirit of liberty is still alive.” At the end of his presentation he also announced the creation of a new networking organization for liberty-minded activists: The December 11 Group. The organization is so named to recognize two important events that occurred on that date: the birth of George Mason, “the father of the Bill of Rights,” in 1725, and the founding of the Libertarian Party in 1971.

More information is available at www.december11.org

There are still plenty of state party's that are true to the cause. Plenty like national too unfortunately.

It is sad but true. The majority of sheeple don't want freedom. What is also sad but true is that the Libertarian Party is DEAD. It's a shame its founder must form a new group because of that.

Thinking About Libertarian Resistance During the Statist Deluge