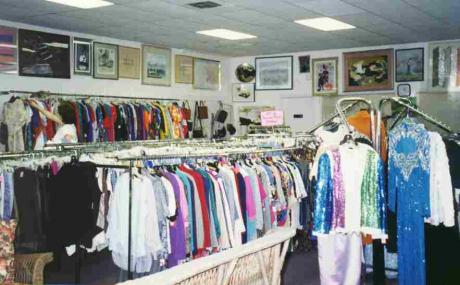 There's this thrift store near me. I call it "Habicrap". I love the place. I love all thrift stores, salvage yards and cluttered old attics. You can take your own time, sift through piles of junk and basically have the place to
yourself. I actually find a good thrift store quite soothing. It's part
museum, part shopping and part imagination. I found this flashlight the other
week that was supposed to have a radio in it and it had a little solar cell
on the top to power an internal battery and a crank on the back to crank it
for power in the dark. The radio didn't work so I got it for $1.00. I'm gonna
take it apart and use the solar cell and crank to make an emergency cell
phone charger for the woman so she won't have the "ran out of battery" excuse
anymore. It kinda side tracked me when I've been promising to build her a better solar food dehydrator. It's all part of why I shop at thrift stores as you might see.

Today as I stop by Habicrap, the first thing I notice is a bunch of cars in
the parking lot and I figure they are having one of their periodical sales.
I've seen that before. But as I approach the door, two people hustle along
and get in ahead of me. Now that sort of thing just doesn't happen in
Prescott even for a sale, not even at Walmart. Up here you start to slow down a quarter mile before encountering someone to let them go first and that's on foot. In traffic, you have a legitimate excuse to be late to work or home to dinner. "Well, I was letting this other person make their turn, and they didn't turn for a while so I just put her in park and turned the radio on".

But never mind, today I had me a crockpot in mind and I didn't mean to be put-off. And there's usually plenty to choose from. But not today. I entered to see something I've never seen: empty shelves. A big blank space
where the crockpots usually sit as lonely as toys from the Island Of Unwated
same. I stood there mulling over how this fit into my overall economic
assumptions but was interrupted by the nice lady who always looks out for
those special things I'm looking out for. Like the larger mixing bowl for my
indestructable Sunbeam mixer, and one of those little Coleman camp ovens that
would fit perfect on my wood stove. She's my agent on the inside. I told
her "hey you didn't tell me you were having a sale" and she explained that
this dual wave had hit starting a week or so ago.

In her explanation, donations of stuff radically dropped while
demand radically increased. "Everybody is broke" she offered as a summation.
And that got me mulling over again how this fit into my whole economic
situation. And it hit me. I said "hey wait a minute, we're broke, are you
telling me that the middle class are coming here and shopping up all our good
deals?" and she said "yep" and I said "well tell them they can't come in" and
she said "nope, can't". So that was no help in terms of resolution.

I was guessing it was possible that used crock pots and such had finally been
marked to market, signaling a good re-entry point for investors. Was there
derivatives and equities markets on this stuff all this time and I just
didn't know about it? If so, anyone with the foresight to go long on second
hand kitchenwares a few weeks back stands totally vindicated, whoever they
are. So of course, I figure maybe the people here now know what the next big
wave is going to be so I start looking at what other people are buying. And this is where a great confusion began in the back of my head and just started growing there.

As I observed, the other shoppers were buying stuff I doubt they'd normally
need. They didn't look like greedy speculators. They were just kind
of...shopping. One guy had a beer-branded dart-board. Another guy had a rubber raft which always comes in handy in a desert. I looked down at what I had in my basket and found my usual assortment of electronic crap. I didn't really need any of it. I just wanted my dang crock pot. I started to look in everybody else's cart to see if maybe they had my crock pot. I figured to maybe settle it with a wager: whoever drove here in the crappiest truck gets the crock pot. I figured I had about 99.9% of the town beat on that bet.

But as usual, blaming my neighbors wasn't doing as the perfect excuse. If everybody in town saw the immense coming potential in reselling the massive loads of consumer crap-ola that filters into the aftermarket, I was forced to look at the supply side of the equation objectively. I guess the market has been verticalized and I gotta go upstream to source my equipment. I gotta cruise through fancy neighborhoods with a bullhorn, shouting "$3 for your used crock pot right now". I might have to go as high as $5.

The upper-middle-class have closets full of crockpots, bread-making machines, toasters, dishes, pots, pans, George Foreman grills, can openers (electric and manual), popcorn machines, egg poachers, salad-spinners and other kitchen gadgets I know not the use of. They have at least two of these. I aways thought it was their form of disaster preparedness, like "if the electricity goes out, I can use my spare crock pot". Heck, the ways of the wealthy have ever been a source of mystery to me. You are talking about a class of people who literally think food comes from supermarkets. It's always been a stretch.

Perhaps that's it, I thought. The donors didn't get rich because they were
stupid, did they? They realized when it was time to start holding onto all
that crap waaaaay ahead of us. In fact, I realized, they had probably been manipulating the market, keeping it artificially depressed all these years by just dumping trash, letting inventory build up and BANG! They suddenly come in at bottom and corner the whole market. I'd been had, like so many other hapless consumers. They got me right where they want me. Which got that resentment thing going again.

These people had taken advantage of our desire to "reduce, re-use, recycle". They were hogging up our nation's number one remaining natural resource: landfill. The bastards aren't just turning a profit, they are eliminating our freaking way of life here! Why can't anybody ever be left in peace with his or her chosen lifestyle without somebody trying to quantify it and market it and warehouse it and ultimately come and tax you on it? If a man can't even stand on a pile of refuse any more and just be left alone, why, what alternative would be left to that man but to....

And then the nice lady came by to tell me the store would be closing and if I came now she could help me check out. That's our secret code which means I get a couple dollars off the sticker price. It was time to hustle. I got out with for $1 and I got an optical mouse and a sign that says "beware of dog" in Spanish which stuck me as funny because nobody in my neighborhood speaks Spanish.

But as I drove home I kept trying to nail this thing down in my head. Complex systems like this don't always conform to my understanding of economics, which is admittedly pretty simple. Is the land I was born unto coming down to another Hobbesian fear of the Law Of The Jungle and perhaps my post-Lockeian reticence to join in same, my own power to pillage and plunder not being inconsiderable? Am I fighting a sub-conscious urge to break into some nice person's house and say "gimme your spare crock pot and if you don't have a spare, by Gods you better know somebody who does"?

Naw. I would never take somebody's spare crock-pot by force because for all I know, they were going to re-gift it and that would just leave somebody else without a crock pot. I know a zero-sum game when I see one. And I know enough to know when there's something going on that I don't know about. I bet you there is a hidden switch on the bottom of the used crock pots that makes them actually CREATE the food and warm it up. Kind of like those replicator-food-machine things on Star Trek. And they are all waiting for the moment to switch them on. It has to be something like that.

I'm gonna think about that as I build this little phone charger thing for the woman and next she wants that upscaled solar food dehydrator. I been thinking about messing with solar ovens too. That would do pretty good for slow cooking. I'll have to get back over to Habicrap to see if they still have any sheet metal for that.  I know there's a conspiracy here but I just can't put my finger on it. And all I wanted was a crock pot.

1 Comments in Response to Something strange happened on the way into the thrift store.